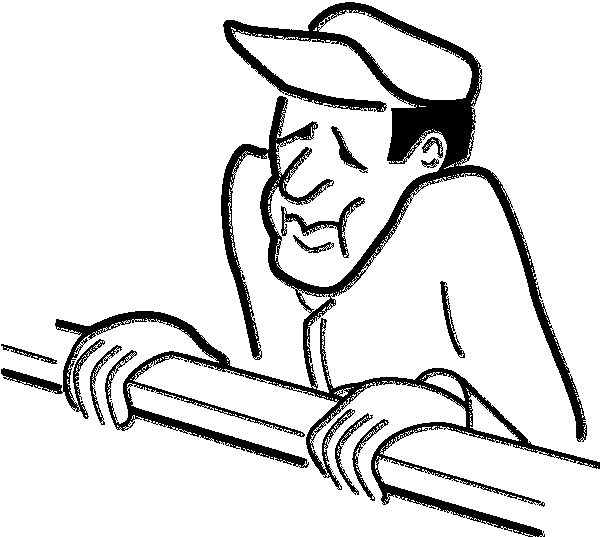 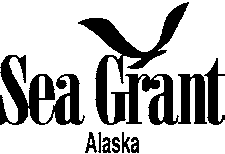 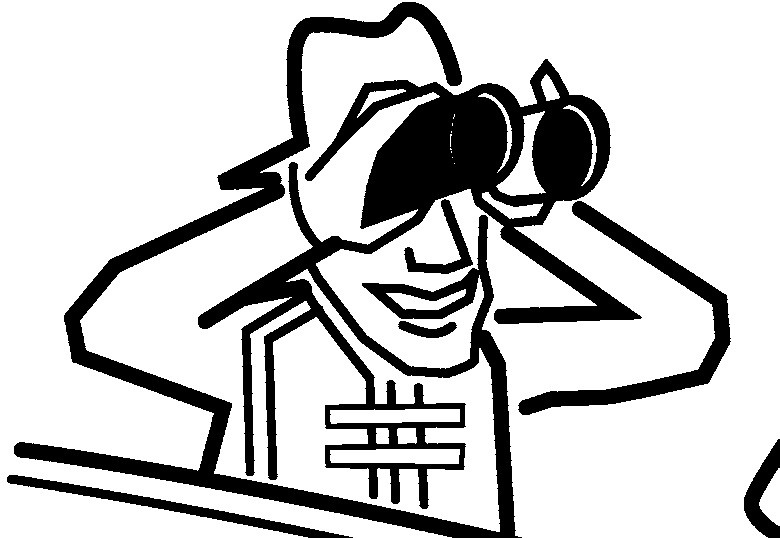 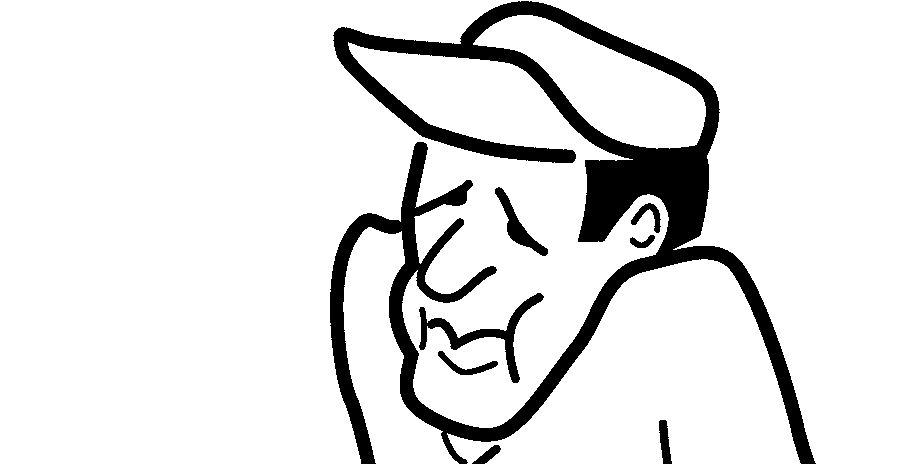 It Can Happen to Anyone…
• Anyone can get seasick. It won’t kill you, but for a while you • If you’ve had motion sickness before, plan ahead and take an OTC drug before embarking. Or get a prescription for The English words “nautical” and “nausea” derive brain incorrectly interprets the distress caused by scopolamine or another powerful antiemetic (antinausea) drug.
from the same Greek root naus = ship, and for good this motion as the result of poisoning, and causes • Use an alternative remedy, if you think it will work.
reason. People have been getting seasick for stomach disturbance leading to vomiting.
• If you take a drug you have not had before, “test drive” it ahead of time for eﬀectiveness and side eﬀects.
While seasickness is miserable and can be tress (dizziness and nausea) experienced by P r e v e n t i n g
On the boat, position yourself to minimize the eﬀects of debilitating, it can be prevented and even the brain, and the stomach’s reaction to it. and Treating
You can have one without the other. Folk • If you start to get sick, be considerate of others. If a companion gets sick, protect him/her from injury or falling not stop the nausea’s root cause, which • If seasickness strikes, try the chew-but-don’t-swallow SEASICKNESS
information from those studies is presented in this References for Further Reading
from a conﬂict between what the inner ear detects Gahlinger, P.M., M.D. Ph.D. 1999. How to help your patients avoid travel travail. Postgraduate Medicine and what the eyes see. If this were the whole prob- Jacobs, M.E., M.D. 2001. Survival at sea: Seasickness. In: P.S. Auerbach (ed.), Wilderness medicine, 4th What Is Seasickness?
lem, it could be prevented or cured by keeping an edn. Harcourt Health Sciences Company, pp. 1530-1531.
Money, K.E., J.R. Lackner, and R.S. Cheung. 1996. The autonomic nervous system and motion sickness. eye on the horizon outside the boat. This works for In: B.J. Yates and A.D. Miller (eds.), Vestibular autonomic regulation. CRC Press, pp. 147-173.
Seasickness is an unpleasant condition that may Onan, C. 1991. In search of a cure for seasickness. Cruising World, December. some people, but not for the majority.
Scavone, J.M., B.G. Luna, J.S. Harmatz, L. von Moltke, and D.J. Greenblatt. 1990. Diphenhydramine include dizziness, tiredness, acid stomach, and kinetics following intravenous, oral, and sublingual dimenhydrinate administration. Biopharmaceutics and Drug Disposition 11(3):185-189. (Abstract accessible at http://www.ncbi.
nausea/vomiting. It usually comes from rhythmic nlm.nih.gov/entrez/query.fcgi?cmd=Retrieve&db=pubmed&dopt=Abstract&list_uids=2328304.) How to Predict Seasickness
Weinstein, S.E., and R.M. Stern. 1997. Comparison of Marezine and Dramamine in preventing motion of sea waves. People rarely get seasick from symptoms of motion sickness. Aviation, Space, and Environmental Medicine 68(10):890-894. Wood, C.D., Ph.D., and A. Graybiel, M.D. 1968. Evaluation of sixteen anti-motion sickness drugs under bouncing as a small boat skips over the sea—it’s the Seasickness can strike anyone, including seasoned controlled laboratory conditions. Aerospace Medicine 39:1341-1344.
slower motion of natural waves that does it.
professional mariners. Most people get over it in a Written by Terry Johnson, Marine Advisory Agent, University of Alaska Fairbanks, Homer, Alaska 99603. NOAA National Sea Grant NA16RG2321, projects A/161-01 and A/152-20. UAF is an AA/EO Seasickness occurs when the visual, vestibular
few days if they are at sea that long, but knowing (inner ear), and proprioceptor (receptors in the
this is little comfort if your ﬁshing trip is spoiled.
muscle and joints that signal locomotion and pos- Try reading, while riding as a car passenger in stop- ture) systems are in conﬂict with each other or not and-go traﬃc or on winding roads. If you get carsick consistent with past experience. The subconscious in this test, there’s a good chance you’l get seasick.
Advisory 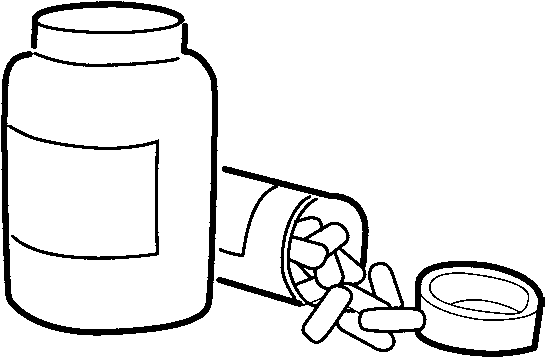 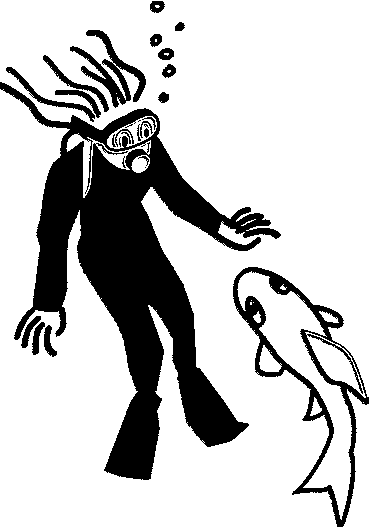 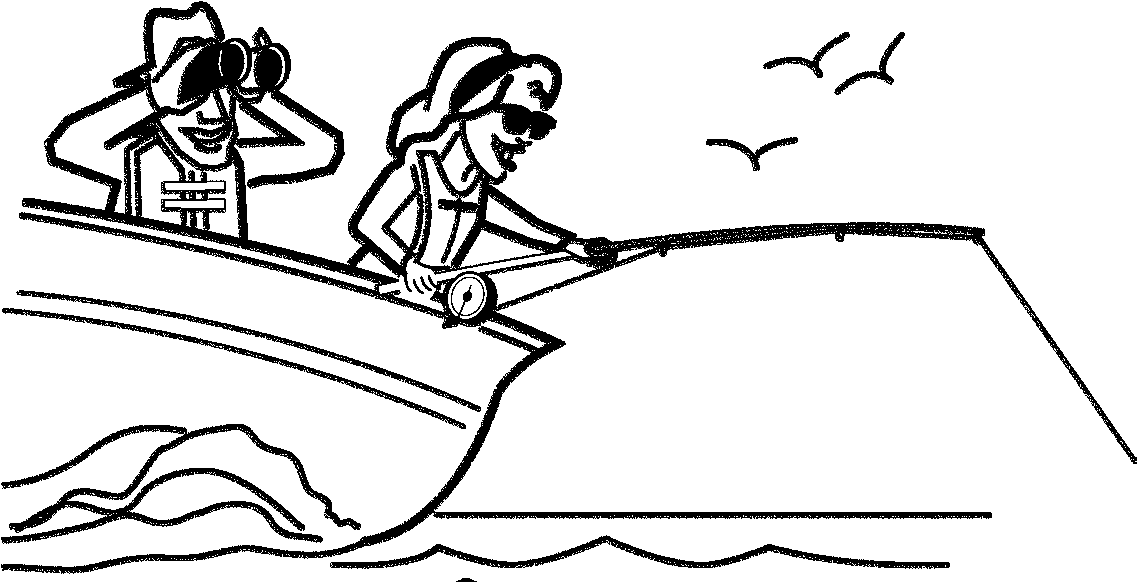 dimenhydrinate or meclizine tablets. If you ﬁnd that you’re starting to feel sick, take a couple of the tablets and chew but To Prevent Seasickness
OTC Drugs
don’t swallow. Instead, hold the “mush” under your tongue or Ease Symptoms
Most over-the-counter (OTC) drugs for prevention of motion or against the inside of your cheek, where the drug can be sickness are based on antihistamines. They work by depressing absorbed through the lining of the mouth. Research shows that The night before:
the brain’s emetic or vomiting center. They are moderately the drug passes into the bloodstream, although it still takes a eﬀective and have minimal side eﬀects, including drowsiness couple of hours to reach full strength. Some suﬀerers report excellent results from this approach.
• Take an advance dose of medicine (see “OTC Drugs” section).
Drugs based on meclizine (Bonine, Antivert, Dramamine II) cause less drowsiness than the old standard drug, The morning of the voyage:
dimenhydrinate (original Dramamine, Triptone, Gravol). Common Medications for
• Eat only a light breakfast, avoiding rich or fatty foods.
Diphenhydramine (Benadryl), an antihistamine also used as a Motion Sickness
Alternative, Folk, and
sleeping pill, can cause signiﬁcant drowsiness.
“Natural” Remedies
Over the countera
Many people don’t want to use drugs to prevent or cure Dimenhydrinate
Using OTC Drugs Effectively
On the boat:
seasickness, so they use alternatives. Most of these alternatives Dramamine
have not proven eﬀective in clinical trials, but some users report Most dimenhydrinate- and meclizine-based drugs are sold as • Take a position with a good outside view, low and near the pills or as chewable tablets. They should be taken at least two Triptone
Cyclizine
hours before boarding so the drug can go through the digestive Avoid smells of exhaust, fuel, the galley, and the head (toilet).
Ginger, as powdered or candied root, cookies, tea, or ginger
Marezine
ale, soothes the stomach of many suﬀerers.
system and into the bloodstream. A person already nauseous Meclizine
• Avoid reading or work requiring close-up focus (like • Acupressure, on the nei kuan or precordial #6 position
or vomiting will get no beneﬁt because the drug will be expelled in the next bout of Antivertc
on the inside of the wrist, prevents nausea in many people. vomiting, or will be trapped in the stressed Dramamine IId
Elastic wristbands with plastic beads that press on the wrist Prescription only
Scopolamine
• An electronic device that resembles a wristwatch and sends Trans-Derm Scop
If you start feeling sick:
a mild, user-variable, electric current into the wrist (at the nei • Acknowledge the situation and tell the captain or crew.
kuan position) can prevent seasickness or stop it after it has Scopolamine Gel
• Avoid going below or into enclosed spaces Cinnarizinee
Stugeron
There’s no harm in trying alternative remedies, and they may If you think you’re going to throw up:
be all you need. But most seasick-prone people need drugs to Promethazine
• Vomit over the side, on the downwind side, or in the head. others cut it in half. Further, some OTCs lose eﬀectiveness in 4-6 Phenergan
hours. You might want to “test drive” a drug ahead of time (well Prochlorperazine
• Many people feel much better after vomiting.
before you go boating) for eﬀectiveness and side eﬀects.
Compazine
Prescription Drugs
A second component of drug eﬀectiveness is faith in the If your companions are seasick:
drug. Studies show that as much as 40% of all seasickness can Ondansetron
The transdermal scopolamine patch, sold by prescription, is very be alleviated by the belief that the drug is eﬀective, even if the • Protect them from injury or falling overboard.
popular among recreational boaters and professional mariners. For patient has taken a sugar pill (placebo) instead of the real thing.
Prescription drug combinations
• Encourage them to drink water or sport most people the side eﬀects are minimal, the patch is convenient, Scopolamine + dextroamphetaminef
and it lasts up to three days. Scopolamine works wel for most Promethazine + ephedrine or
people, but should be used only under a doctor’s supervision.
pseudoephedrineg
Here’s Something to Try
especially susceptible to dehydration.
Most other prescription drugs for seasickness are used Too often people don’t think they will get seasick until they get only by the severely aﬀected. They are taken as a pill, injection, c Antivert is a prescription f Dexedrine is suppository, syrup, or salve. Some are quite potent, and side out on the water, and then it’s too late to take an OTC drug as a preventative. If you’re one of those, here’s something you can eﬀects can be serious or even life-threatening. Gravol is not available in less drowsiness.
try. Next time you go out, take along a package of chewable

You are about to experience new levels of healthy sleep, relaxation and renewal. Our Tranquil Moments® Sound Therapy System represents over two decades of research into using sound to heal and positively change states of consciousness. It is the result of successful clinical work with thousands of patients. It also exemplifies the Brookstone® commitment to making life better through innovativ