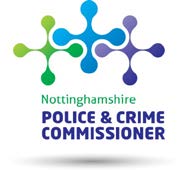 Police and crime commissioners: The first hundred days: Reports at the end of
February: PCCs entered the policing landscape at a critical time. Falling budgets,
increasingly complex demand and rising public expectation all mean that they will have to
deliver much more for much less if they are to meet their election pledges. Last year Her
Majesty’s Inspectorate of Constabulary reported that forces need to collectively save a
further £2.4 billion from their budgets by 2015, of which £768 million was unfunded in current
force plans.

Will Tanner, Senior Researcher at Reform, has written an article in the Yorkshire Post
on how technology is reducing the demand for police stations and offering
opportunities to transform policing: Recent research by Reform has shown that in
London, fewer than two members of the public now walk into police stations each hour, while
there has been a 32 per cent rise in the number of crimes reported by internet and e-mail

The National Association of Probation Officers has announced that probation services for
groups of “medium-risk” offenders, including 3,200 gang members and 15,900 robbery
cases, will be outsourced to private contractors such as G4S and Serco. (Telegraph print
only).

Strengthening Disabled People’s User-Led Organisation (DPULO) Programme –
‘Making a Difference on disability hate crime’: Further information about the DPULO
Programme, as well as copies of the report can be downloaded from the ODI Website at:

£4 million to help rape victims rebuild their lives: Victims of sexual assault and rape will
be ensured access to vital support to help them recover from these devastating crimes
thanks to £4million in Government funding over the next year, Victims Minister Helen Grant
announced 21 February.
Serious concerns surround mutual aid and leave for G8 summit: The full scale of the
police operation needed for next year's G8 summit in Northern Ireland is causing concern
among senior officers across the UK.

IOM and Social Enterprise: The Home Office, in partnership with Clinks and Social Firms
UK is undertaking a short piece of work to explore the role of social enterprises and
Weekly e Briefing:
22 February 2013
community interest companies in enabling offenders (both adult and young offenders) in
accessing training and employment opportunities. The aim is to capture and share some of
the current key learning and effective practice through the development of a set of effective
practice resources
National Alcohol Campaign: The Department of Health have launched a national campaign
Change4Life which urges people to think about the health risks associated with drinking too
much.
Radical package of police reforms announced: The Home Office has announced a series
of measures designed to ensure the highest standards of integrity in the policing.

This is Abuse: A series of hard hitting TV adverts have been launched as part of the ‘This is
Abuse’ campaign to raise awareness and challenge abusive behaviour in teen relationships.

Home Office: Table 1: Home Office crime, drugs and community safety grants 2012-13.
Given the introduction of the CSF, the vast majority of existing Home Office drugs, crime and
community safety funding streams will end in March 2013 (i.e. will not receive direct funding
from the Home Office).
Advisory Council on Misuse of Drugs: The advice recommends changes to the Misuse of
Drugs Regulations 2001 to extend prescribing for Allied Health Professionals.

Advisory Council on the use of tramadol: The ACMD’s review of harms associated with
the non-medicinal use of tramadol was prompted by an increasing number of reports within
the NHS of tramadol’s misuse and harms. The ACMD’s subsequent review of the evidence
has caused it concern, particularly the increase in tramadol related deaths.

Advisory Council on the cannabis based medicine Sativex.

Together in Service: A major new programme to celebrate, promote and link the huge
variety of social action undertaken by faith communities has been launched by the
Government.Ministers have begun to appoint “expert advisers” from outside Whitehall on temporary
civil service contracts to work alongside Cabinet ministers to drive through reform.


The number of people unemployed in the UK fell by 14,000 between October and
December 2012 to 2.5 million, figures by the Office for National Statistics show.
Weekly e Briefing:
22 February 2013
The data shows that those claiming Jobseekers’ Allowance also fell in January by 12,500 to
1.54 million
Work Programme performance is poor. The Work Programme is absolutely crucial for
helping people, especially the most vulnerable, get into and stay in work. The first set of data
on job outcomes shows that between June 2011 and July 2012, only 3.6% of people referred
to the Work Programme moved off benefit and into work, less than a third of the target of
11.9%.
The Local Government Secretary, Eric Pickles, has criticised a number of local
authorities for planning to raise council taxes while simultaneously failing to cut or
increasing the number of staff they employ on a salary of over £50,000.
British workers are the worst prepared in the world for retirement, as figures from
HSBC show that whilst the average retirement in the UK is expected to last 19 years, the
average person’s retirement savings will last for just seven.
Cabinet Office: Community Life Survey:
Department for Communities and Local Government: The fiscal case for working with
troubled families: Analysis and evidence on the costs of troubled families to government. It
concludes that the government will spend an estimated £9 billion per year on these families over the Spending
Review period (2010 to 2015).
Home Office: Migrant Journey: Third Report: Home Office Research Report 69 provides
evidence on the behaviour of migrants entering the UK immigration system for the five main
routes of entry to the UK and the common pathways through the Immigration System that
result in settlement:
Outcomes Map: Crime and Public Safety: break down of the outcomes and indicators
which can be used by social investors, charities, funders and social enterprises to measure
the success of an intervention in crime.
The Chief Executive of the energy watchdog Ofgem, Alistair Buchanan, has warned of
future rises in energy bills resulting from the falling power production of the UK and
the nation’s growing reliance on energy imports. Ofgem has predicted that power station
closures could lead to a 10 per cent fall in capacity by the month of April alone
Reform’s latest research paper on competition in prisons. The report argues that the
Government is wrong to u-turn on the use of competition in prison management.

Education reform to youth custody: Radical plans for reforming youth custody that focus
on young offenders receiving better education and training so they can turn their backs on
crime for good have been published. The Green Paper ‘Transforming Youth Custody:
Putting education at the heart of detention’ is currently out to consultation. The consultation
closes on 30th April 2013.

ORIGINAL RESEARCH A Meta-analysis of Fluconazole versus Amphotericin B for Treatment of Invasive Candida Infections Danielle M. Zerr, MD, MPH, Michelle M. Garrison, MPH, Kieren A. Marr, MD, and Dimitri A. Christakis, MD, MPH • Objective: To compare the efficacy of amphotericin Band fluconazole in the eradication of invasive Candida Over the past 20 years, the number of invasive