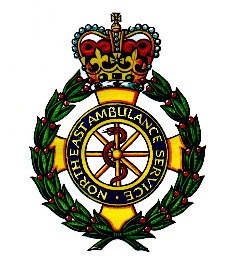 Summary of Assurances & Risks
from Committee Meetings
Name of Group:
Date of meeting:
Key issues arising:
Board approval to roll out e-PRF to remainder of Trust; Manchester patient safety culture review; Community working through Know Your Blood Pressure campaign, to include funding from the British Heart Foundation; Senior manager from outside the Trust working 2 days per week on the implementation of the safeguarding review action plan; Replacement of Category C with 11 clinical indicators; Work with South of Tyne Commissioners to provide triage to alternative care pathways for care homes; Reporting and terminology of SUI’s to SI’s; All grades 1 & 2 SI’s to be reported in the Annual report. Decisions made:
Formation of a sub group to tackle statutory and mandatory training non-compliance and safeguarding training. Invitation to operational reps to attend Medicines Management group. Key areas of assurance:
Resolution to the issue of vulnerable patient forms being CQC Compliance – directors signature required for sign off; HPC will advise Trusts of paramedic registration lapses; All staff have completed Stat & Man training for the period 2009-10; Submission of Annual Cycle of Business and Terms of Reference by sub groups; CIP quality methodology developing well (a member of the Clinical team is involved in the review of the clinical gateways to provide assurances that clinical issues are not overlooked); Complainants whose grievance was ‘part upheld’ still received a full response as part of the Trust’s ‘Being Open’ policy; Management of the Pathways 10 minute call back time; Review of the Clinical Directors Risk Register at each meeting; Submission and approval of QSSD policies relating to the directorate; Instigation of hard copy CPC on stations. Page 1 of 2
Key risks identified:
Number of paramedics trained in child safeguarding; ‘Real time’ delay in crews submitting vulnerable patient forms; Lack of attendance at Stat & Man training (2010-11) will prevent 100% completion; Clarity is still awaited with regards to the drugs which will be stocked on the NCMCEV vehicles; Strength of morphine to be stocked on the emergency planning vehicles differs from that currently in general use; Reluctance by staff to complete online safeguarding training in allocated abstraction time; Items for escalation:
Safeguarding Training and Statutory & Mandatory training risks to be raised at Workforce and Equality Committee meeting. Number of apologies:
Number and details of
outstanding actions from
previous meetings:
Page 2 of 2

KNOWLEDGE BITES - BROUGHT TO YOU BY D&M RESEARCH Welcome to Knowledge Bites, periodic bite sized pieces of knowledge exchange, designed to be consumed immediately without ruining your appetite for the rest of the day. Mirror, Mirror on the wall, who is the happiest of them all? Knowledge Nibble “Happiness is not a goal. It is a by-product” D&M recently undertook at

SISC CO-PAYMENT REFERENCE GUIDE Medco manages your prescription drug benefit at the request of SISC. Your plan gives you the option of getting your covered medications through the Medco Pharmacy ® mail-order service or at a participating retail pharmacy. The chart below provides a summary of your prescription drug benefit co-payments. When you use a participating When you use the T