C H A P T E R 3
Coccidian Parasites
Cyclospora cayetanensis, Isospora belli, 3.1 PREFACE
Cyclospora cayetanensis, Isospora belli, and the Sarcocystis spp. Sarcocystis homi-nis and Sarcocystis suihominis are parasites that infect the enteric tract of humans(Beck et al., 1955; Frenkel et al., 1979; Ortega et al., 1993). These parasites causedisease when infectious oocysts are ingested by humans. The routes of transmissioncan be direct human to human contact or through contaminated food (Connor andShlim, 1995; Fayer et al., 1979) or water (Wright and Collins, 1997). Taxonomically,these parasites are very distinct: Cyclospora and Isospora belong to the Eimeriidaes,whereas Sarcocystis belongs to the Sarcocystidae. Nonetheless, some similaritiesare noteworthy: infectious stages of these parasites have morphological similarities,they have been reported to be food-borne, they cause infections of the intestinaltract of humans, and their clinical presentations have similarities (Mansfield andGajadhar, 2004). Thus, relatedness and differences between several aspects of cy-closporiasis, isosporosis, and sarcocystosis will be covered in this chapter.
3.2 BACKGROUND/HISTORY
Cyclospora is probably the most important foodborne pathogen of the three parasites.
It is endemic in several regions of the world, primarily in developing countries(Markus and Frean, 1993; Ortega et al., 1993), whereas in the developed world ithas been associated with important foodborne outbreaks (Charatan, 1996; Herwaldt,2000; Herwaldt and Beach, 1999). It has also been reported in travelers returningfrom endemic areas (Gascon et al., 1995; Soave et al., 1998).
Isospora belli is an infrequent parasite of humans, with most cases reported from tropical areas. In the immunocompetent population, Isospora infections are usuallyasymptomatic (Teschareon et al., 1983). Immunocompromised patients, however,can suffer I. belli infections associated with severe clinical disease (Soave, 1988).
Human sarcocystiosis is even more infrequent, and infectious parasites are in- cidentally identified in feces (Bunyaratvej et al., 1982; Fayer, 2004). The clinicalsignificance of the detection of oocysts or sporocysts in feces is unknown in mostcases (Dubey, 1993) .
Cyclospora cayetanensis was fully recognized as a parasite less than 15 years ago (Ortega et al., 1993), and gained significant recognition because of its associationwith several food-borne outbreaks in the United States. The name and description of human infectious Cyclospora dates back to 1992, however, previous studiesdescribed organisms similar to Cyclospora. One of the oldest, if not the first doc-umented report was published in 1979 (Ashford, 1979), describing a parasite withmicroscopic characteristics of immature (nonsporulated) C. cayetanensis oocysts.
This report concluded that the described organism probably was a new species ofIsospora infecting humans (Ashford, 1979).
In the following years, other investigators reported the organisms autofluoresced when observed under UV light (Long et al., 1991). This finding led some inves-tigators to believe it was a blue-green algae or a cyanobacterium. Thus, the termcyanobacterium-like body or CLB was coined and used for some years. Other termsfound in the literature that also referred to Cyclospora were coccidian-like body(also CLBs) (Hoge et al., 1993) or big Cryptosporidium, as reported by Naranjoet al. in the 1989 Annual Meeting of the American Society of Tropical Medicineand Hygiene. Findings in this report were on the basis of microscopy of acid-faststained organisms and transmission electron micrographs that showed sections oforganisms resembling encysted flagellates.
Shortly thereafter, studies led by Ortega demonstrated that CLBs were indeed a coccidian parasite, with each oocyst containing two sporocysts, and each of themcontaining two sporozoites. These findings were first presented at the Annual Meet-ing of the American Society of Tropical Medicine and Hygiene in November 1992.
The morphological characteristics of the parasite allowed its classification as a pro-tozoan parasite belonging to the genus Cyclospora (Ortega et al., 1993). Shortlythereafter, the parasite was named C. cayetanensis, in honor of Universidad PeruanaCayetano Heredia, a Peruvian University where preliminary studies were conducted(Ortega et al., 1994). Thus far, it is the most recently recognized coccidian parasiteaffecting humans.
In contrast to Cyclospora, Sarcocystis, and Isospora have been known to in- fect humans for several decades. I. belli is an enteric parasite exclusively fromhumans (Ferreira et al., 1962; Panosian, 1988). Although it infects, replicates, andcompletes its life cycle in enteric epithelial cells, it does not cause any signifi-cant disease in the immune-competent population. People with impaired immu-nity, however, may develop extra-intestinal infections and isosporiasis may posea risk to their lives (Arnaud-Battandier, 1985; Figueroa et al., 1985; Furio andWordell, 1985; Henry et al., 1986; Jonas et al., 1984; Kobayashi et al., 1985; Maet al., 1983; Modigliani et al., 1985; Ng et al., 1984; Ros et al., 1987; Shein andGelb, 1984; Whiteside et al., 1984) (Table 3.1).
Sarcocystis spp. were first reported by Miescher in 1843, who described white milky lesions in the muscles of house mice. Since the initial report, multiple authorsdescribed similar lesions and infections in the flesh of various animal species. Thetransmission cycle, however was not yet elucidated. In 1943, Scott demonstratedthat there was no direct transmission from infected to healthy sheep. Despite thenegative results, it gave an indication that there was no direct transmission betweenmembers of the same species. It took several decades until the life cycle of S. hominisand S. suihominis were finally described in the 1970s (Heydorn, 1977; Rommel andHeydorn, 1972), when it was demonstrated that both of these parasites required two 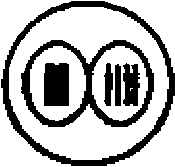 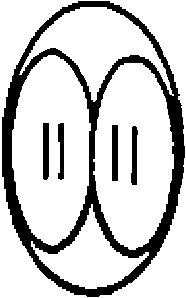 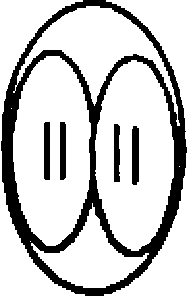 M A R C H 2 0 0 9 an Editorial in the New York Times NEWS the meat they eat is produced, if only so they can continue to eat it. Nearly every aspect of meat production in America is disturbing, from the way animals are raised, to inade-quate inspection of the final product. When it comes to what happens in the slaughter-house, most of us mentally avert our eyes. Yet in the past decad