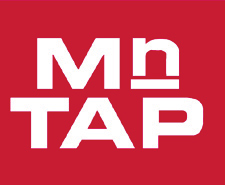 Reducing pharmaceutical waste from patient care settings Scientists are detecting concentrations of pharmaceuticals in streams and rivers across the nation, according to the U.S. Geological Survey. Epinephrine is a commonly used drug. It is This is due in part to pharmaceuticals entering found on crash carts and used in many surgical the sewer system, through excretion of partially applications. Waste epinephrine can contribute metabolized pharmaceuticals and disposal of signiﬁ cantly to a facility’s disposal costs.
unused or expired medications down the drain.
Little is known about the potential health effects Pharmacy technicians at Tri-County Hospital to humans or aquatic organisms exposed to and Hennepin County Medical Center (HCMC) low levels of these chemicals or their mixtures. conduct an inventory analysis of all crash carts Concerns have been raised about possible and stations in rooms housing epinephrine. hormone disruption, antibiotic resistance, and other effects. Studies are being conducted.
Additionally, an inventory analysis by a MnTAP Drains and toilets became a dumping ground intern at Tri-County Hospital in Wadena showed for medications at health care facilities that the facility could reduce the stock on ambulances by six vials of epinephrine and 15 vials of lidocaine, both key hazardous wastes for treat pharmaceutical waste, nor can they effectively or economically be designed now to remove these chemicals from our water. Regulations give guidance to proper disposal A MnTAP intern discovered that HCMC used methods. Consult your sewer authority and a fraction of the 250 epinephrine intracardiac your hazardous waste regulatory staff before syringes purchased in one year. The only signiﬁ cant difference of the intracardiac syringe from other epinephrine syringes is its 18-gauge, 3.5 inch needle. HCMC substituted a packaged 100 microgram per milliliter (mcg/ml) syringe with an 18-gauge needle afﬁ xed to the outside of • Dispose of unwanted or expired medication the box. This allows for stock rotation to reduce hazardous waste by 13 pounds per year and dual waste by 7.5 pounds, saving $900 a year.
Incineration is only legal at permitted facilities. Minnesota health care facilities, that did not have permits, have received large ﬁ nes for Epinephrine is used in operating rooms to minimize bleeding from cateractectomies, are reporting 10-fold increases in costs for managing pharmaceutical waste. A hospital with reduce epinephrine waste associated with these over 600 beds is spending about $400,000 a year procedures, minimize the container size used for for hazardous waste disposal, which includes its pharmaceutical waste. The best management practice is to minimize the amount of unwanted, lidocaine/epinephrine mixture in a 3cc syringe as a local anesthetic in the ﬁ eld rather than MnTAP has a variety of technical assistance services available to help Minnesota businesses implement industry-tailored solutions that maximize resource efﬁ ciency, prevent pollution, increase energy efﬁ ciency, and reduce costs. 2008 MnTAP. Reprint only with permission from MnTAP. Available in alternative formats upon request. Printed on recycled paper containing MnTAP • 200 Oak Street SE, Suite 350 • Minneapolis, Minnesota 55455-2008 612.624.1300 • 800.247.0015 (Minnesota only) • FAX 612.624.3370 • www.mntap.umn.edu solution. This ensures aseptic technique motivated to reduce their returns. Doing have a clearly deﬁ ned disposal plan for research. Investigational drugs left over from clinical trials may require disposal for diabetics. The facility’s diabetics When a hospital patient’s care changes, however, some facilities are not tapping track historical use and wastes, compile U.S. Streams fact sheet <http://toxics.
locations with the greatest potential for Health care facilities should sort their ﬂ oor, both facilities developed plans Initiative, February 2005 < http://www.
redistribution through the pharmacy.
reverse distributors are accepting fewer