THE CHEMICAL SENSES
Relevant reading: Kandel & Schwartz, chapter 34.
S Korsching, ‘Olfactory maps and odor images’ (pp.
Montmayeur, & H Matsunami, ‘Receptors for bitter and sweet taste’ (pp.
366-371); both in Current Opinion in Neurobiology 12(4) (August 2002).
1. Each olfactory receptor molecule, and by extension each olfactory receptor,responds in varying degrees to many diﬀerent odorants.
possible to recognise so many distinct odours? What does this mechanismhave in common with the coding schemes that you’ve seen in other sensorysystems and in the motor system? 2. How does the representation of odours diﬀer between olfactory bulb andpyriform cortex? 3. Patients who’ve suﬀered a blow to the back of the head will sometimescomplain of anosmia, the inability to smell. What structures may have beendamaged in such cases? How is it that these structures can be aﬀected, whenthe blow is applied to the back of the head? How would the precise site ofinjury determine whether the anosmia would be permanent or temporary? 4. In the following passage from Marcel Proust’s Du cˆ narrator experiences vivid feelings and memories of his childhood cued bythe aroma and taste of tea and madeleine cakes. Relate this phenomenon towhat you know about projections from pyriform cortex to structures of themedial temporal lobe important in emotion and memory: un bol de porcelaine rempli d’eau, de petits morceaux de papierjusque-l` contournent, se colorent, se diﬃrencient, deviennent des ﬂeurs,des maisons, des personnages consistants et reconnaissables, demˆ eme maintenant toutes les ﬂeurs de notre jardin et celles du gens du village et leurs petits logis et l’´ ses environs, tout cela qui prend forme et solidit´ translation:And just as in the Japanese parlour game where one soaks in aporcelain bowl ﬁlled with water many bits of paper which untilthen are indistinct, but which as soon as they’re immersed, stretchand take on shapes and colours, diﬀerentiating into ﬂowers orhouses or people, deﬁnite and recognisable, in the same way nowall the ﬂowers of our garden and those of M. Swann’s park, andthe water-lillies of the Vivonne, and and the good people of thetown and their little dwellings and the church and all of Combrayand its surroundings, taking on form and solidity, emerged, townand gardens alike, from my cup of tea.
5. In what way are sourness and saltiness simpler than sweetness, bitterness,and umami? 6. In what way do many Chinese take-aways exploit the mechanism of theumami sense? 7. What cranial nerve nucleus in the primary relay for taste? Is it locatedanteriorly, or posteriorly? Relevant reading:
Joe LeDoux, ‘Emotion Circuits in the Brain’, Annual Review of Neuroscience
23:155-184 (2000)
http://neuro.annualreviews.org/cgi/content/full/23/1/155 1. What is the somatic marker hypothesis, and how is it related to the earlierJames-Lange theory of emotion perception? 2. On the attached midsagittal slice, identify the cingulate gyrus, the posteriorlimb of the fornix, the mammillary body, and the (general area of the)hypothalamus.
3. On the attached coronal slices, identify the hippocampus and the amygdala.
Which of these two slices is the more anterior? 4. What hypothalamic nucleus is smaller in women and homosexual menthan in heterosexual men? 5. What two ﬁbre tracts convey the outputs of the amygdala, and to whatstructures do they project? What experiments established the role of the central nucleus of the uver-Bucy syndrome, and what lesion produces it? What structures are damaged by such a lesion? What functional aspects of thedamaged structures might explain the hyper-orality of Kl¨ What disease processes or other conditions can produce Kl¨ NEUROMODULATION, AROUSAL, AND SLEEP
Relevant reading:
Kandel & Schwartz, chapters 51 & 52 EF Pace-Schott & JA Hobson, ‘The neurobiology of sleep: genetics, cellular
physiology, and subcortical networks’, Nature Reviews Neuroscience 3(8):591-
605 (August 2002).
http://www.nature.com/cgi-taf/DynaPage.taf?file=/nrn/journal/v3/n8/abs/nrn895_fs.html&dynoptions=doi1035414732 1. Match the following neuromodulators, nuclei, and diseases: acetylcholine,norepinephrine, dopamine, serotonin, substantia nigra, nucleus basalis ofMeynert, peribrachial pons, raph´ e nuclei, locus coeruleus, depression, obsessive- compulsive disorder, Parkinsonism, Alzheimer’s disease. Locate each of thenuclei in a neuroanatomical atlas.
2. Serotonin selective reuptake blockers (SSRI’s) – a class of drugs includingﬂuoxetine (Prozac), ﬂuvoxamine (Luvox), sertraline (Zoloft), and paroxetine(Paxil) – are so designated because they competitively bind to the serotoninmembrane transporter and block it, while having very little aﬃnity for catecholaminetransporters. They thus prolong the activity of serotonin in the synapse,while having little or no direct eﬀect on dopamine or norepinephrine. SSRI’sare used to treat depression and obsessive-compulsive disorder. Althoughthe pharmacologic eﬀect of SSRI’s is fully apparent within half an hour oforal administration, the therapeutic eﬀect – in terms of decreased severityof depressive of obsessive-compulsive symptoms – takes two to four weeks toappear. How might this dissociation of pharmacologic and behavioural eﬀectsbe explained in terms of interactions between modulatory neurotransmissionsystems? 3. What nucleus is a circadian clock for sleep? What anatomical propertiesand experiments support this contention? 4. How does the cellular neurophysiology of the thalamus contribute to thediﬀering levels of cortical excitability in sleep and wakefulness? In whatthalamic nucleus does this process occur? 5. From what physiological processes in what microanatomical structuresdoes the scalp-recorded electroencephalogram arise, and how does its detectabilitydepend on the laminar architecture of the cerebral cortex? 6. What is an ‘evoked potential’ or an ‘event-related potential’ ? 7. Brieﬂy explain the diﬀerences between time-domain and frequency-domainanalyses of electroencephalographic signals.
8. How do the amplitude and the frequency composition of the electroencephalogramvary during sleep? 10. What is a PGO spike? Might it have any functional relevance? 11. What early experiments demonstrated the existence of separate centresin the hindbrain for inducing sleep and maintaining wakefulness? 12. A lesion of what neuromodulatory nucleus abolishes sleep paralysis? 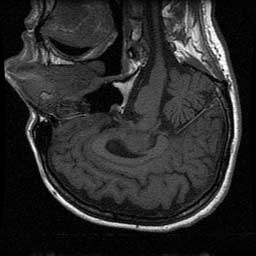 Compare and contrast the sensory maps that exist at various levels of subcorticaland cortical processing in the various sensory modalities. You should explainthe principles by which each of the maps that you discuss is organised,drawing together common elements and pointing out distinctions. 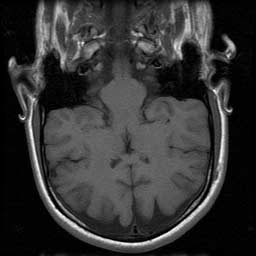 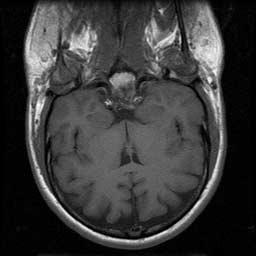 P.E Department I.E.S. Félix Rodríguez De La Fuente SPAIN IS READY FOR THE COMING EUROPEAN CHAMPIONSHIP • Spain is on a winning streak, Spain beat Egypt 32-23, Brazil 39-28, and Sweden 28-22. • The most difficult game was against Sweden although the team managed to win with a good outcome, Spain managed to win more easily against Brazil and Egypt. • Spain has a great team