Conducted at the Clinic for Dermatology and Dermatological Allergology A receding hairline and premature hair loss aff ect not just men but also repre- sent a worrisome development for women. With the onset of menopause, one out of three or four women will notice increased hair loss, which will ultimately lead to the thinning of hair if left untreated. Since the cause can not be remedied, women systematically need to prevent the symptoms. Because the treatment is used regularly, easy and safe application is very important. A liquid scalp treat- ment product, Plantur 39 Caff eine Tonic, was tested for subjective acceptance Twenty women between the ages of 21 and 73 were included. Th showed signs of beginning androgenetic alopecia or diff use alopecia and com- plained about increased daily hair loss, which had already signifi cantly reduced the hairline and the overall hair thickness. Twelve individuals had already expe- rienced unsatisfactory results with other products that were either sold over the counter, exclusively in pharmacies, or were prescription drugs. Eight individu- als had no previous product experience.
e product to be tested consisted of an active ingredient combination from zinc salts, niacin and caff eine. Recently, caff eine was successfully tested on the hair organ culture model in male hair roots based on its antiandrogen proper- e caff eine complex was complemented by the addition of a soy extract with a standardized share of phytofl avonoids such as genistein, a proven active ingredient in phytoestrogen replacement therapy.
e application of the test product covered four months. Th product eff ect was made with a self-assessment questionnaire and a clinically validated HAIRDEX questionnaire to describe the quality of life.
e Caff eine Tonic was applied to the scalp in the morning (aft er hair washing) and massaged into the scalp using the fi ngertips. 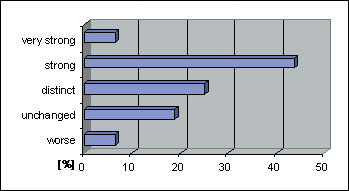 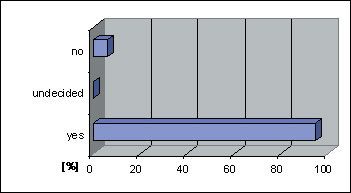 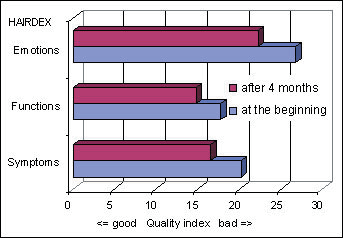 Conducted at the Clinic for Dermatology and Dermatological Allergology Aft er four months, the post-marketing surveillance study was completed with 19 individuals; one person withdrew prematurely from the study due to lack of time.
To assess the current hair loss, a scale with fi ve degrees of severity was consul- ted. Subjectively, 15 test subjects noticed a distinct to very strong reduction in hair loss, which improved up to three degrees of severity in some cases. Th individuals rated their hair loss unchanged but on a low level. Only one person rated her hair loss worse aft er four months.
Eighteen individuals demonstrated a correspondingly high willingness to conti- nue to use the test product. Only one person decided to refrain from continuing e subjective self-assessment by the test subjects was complemented by the evaluation of a clinical, standardized questionnaire on the quality of life (HAIRDEX). Based on 48 standardized questions, the test subjects were polled on the criteria of emotions, self-confi dence, stigmatization, symptoms and Graphic: Subjective self-assessment on the reduction of hair loss after 4 months e result of the evaluation was that the test subjects perceived an improvement of their situation with regard to all criteria during the application of the Plantur 39 e criteria of emotions, symptoms and quality of life showed a statistically signifi cant improvement.
In contrast, the criteria of stigmatization and self-confi dence showed stronger fl uctuations regarding the degree of impact.
e Caff eine Tonic was very well tolerable. Symptoms such as scalp itch, dand- ruff and oily scalp decreased over the course of the test.
e HAIRDEX results confi rm the high degree of satisfaction of the test sub- jects, 95% of whom said they would like to continue using the Caff eine Tonic.
Based on the experience of the test subjects, which had largely been unsatisfac- tory, their expectations for success or skepticism was rated relatively high. As a result, it was a positive surprise that, despite the very short observational period of four months, important quality of life parameters (emotions, symptoms and e subjective assessment of daily hair loss, which can be a major cause of stress and depression, clearly improved during the comparably short application Conducted at the Clinic for Dermatology and Dermatological Allergology e application of the Plantur 39 Caff eine Tonic was rated positively by a large majority of the participants in this surveillance study. Excellent tolerability on the scalp and the reduction of typical scalp problems such as oily scalp, scalp itch and taut sensations also contributed to the high product acceptance.
For further information, please visit www.plantur39.com.
Expert terminology marked in green is explained in the glossary.

“Enjoying the Alien Within”  Laura is a 64 year old woman from Las Cruces referred to me last January by Dr. Tieraona Low Dog, my former partner at the Treehouse Center of Integrative Medicine, here in Albuquerque. She was suffering from a six year history of gastrointestinal bleeding accompanied by shaking chills and severe abdominal cramps despite taking Protonix; a powerful aci