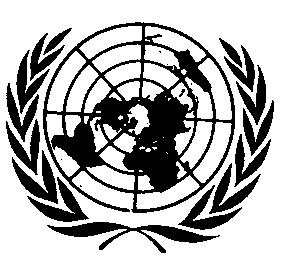 54. However, GSK has also been heavily criticized. In 1998, for example, GSK’s predecessors
and over 30 other pharmaceutical companies filed a case against the Mandela government
challenging the validity of South Africa’s Medicines and Related Substance Act. According to
the pharmaceutical companies the Act, which provided for compulsory licensing, parallel
importation and other TRIPS ‘flexibilities’, undermined intellectual property rights. The case
generated fierce criticism of the pharmaceutical industry and was eventually the subject of an
out-of-court settlement. This proved to be a turning point. Shortly afterwards, the prices of
ARVs, including GSK’s, fell from R1000 to under R100 in South Africa. In other areas, too,
GSK has been criticized. In 2007, for example, a BBC documentary alleged that GSK provided
misleading information about the efficacy of one of its products, Seroxat, and that
GSK-employed ghost writers influenced 'independent' academics.7
Obstacles to improving access to medicines 55. There are major barriers to enhancing access to medicines in developing and developed countries. The barriers are especially formidable in low-income countries. Some of these obstacles are rooted in poverty: the poor cannot afford even the cheapest medicines. In some countries, taxes and tariffs, as well as cultural factors, such as stigma and discrimination, impede access to medicines. Some of these obstacles make it difficult for pharmaceutical companies to enhance access to medicines. Obviously, some barriers cannot be tackled by the pharmaceutical sector alone. Here it is only possible to mention some of the obstacles that impede GSK’s attempts to enhance access to medicines: Weak health systems: chronic under-investment has led to a lack of clinics and hospitals, poor distribution networks for medicines, low numbers of trained health workers, and so on. Failing and collapsing health systems are a very major obstacle to enhancing access to medicines; Weak regulatory environments: an efficient, competent and fair regulatory environment is important to the pharmaceutical industry. When the enforcement of pharmaceutical legislation is weak, counterfeiters thrive and poor quality medicines are commonplace; Corruption: is endemic in some medicine supply systems. Unofficial “fees” are required for customs clearance, counterfeit medicines are permitted to circulate, and so on; Distribution channels: another key challenge facing GSK is the lack of effective distribution channels. In many cases, intermediaries impede access to medicines. For example, they may create an artificial scarcity of medicines and add excessive mark-ups making drugs unaffordable to those living in poverty;
7 BBC, Secret of the Drug Trials, 29 January 2007.
Reference pricing: some high-income and middle-income countries try to use, as benchmarks for the prices at which they buy, the preferential prices offered to low-income countries; Leakage or diversion: some drugs priced for developing countries have found their way into the European market. In European pharmacies, for example, a dose of Combivir sells
for about GBP 3.80. Under an agreement with GSK, a dose of Combivir in Africa sells at the
cost price of about GBP 0.40. However, tablets sold in Africa have appeared in the European
markets.8
56. Because there is uncertainty about the scale and nature of reference pricing and diversion, the Special Rapporteur recommends that research be undertaken to establish firm facts. If differential pricing between and within countries is to become more widespread, it is very important that data and information on reference pricing and diversion is current, detailed and reliable. IV. RIGHT TO HEALTH ISSUES
57. This chapter briefly considers a selection of GSK’s policies through the right-to-health lens set out in chapter II. Numerous important issues, like clinical trials, are omitted for lack of space. A. Pricing
companies and others have a right-to-health responsibility to do all they reasonably can to ensure that medicines are accessible to all (see chapter II). One critical
dimension of access is affordability. GSK has a number of price reduction initiatives, including
the following.9
59. GSK, whose portfolio includes ARVs and anti-malarial treatments, has made a
commitment to increase access by providing these medicines to Least-Developed Countries
(LDCs), and all of sub-Saharan Africa, at not-for-profit (NFP) prices. NFP prices are also
available to countries included in the U.S. President’s Emergency Plan For AIDS Relief
(PEPFAR), as well as eligible projects of The Global Fund to fight AIDS, Tuberculosis and
Malaria. According to GSK, NFP prices are sustainable prices i.e. the company covers its costs,
including insurance and freight.10 NFP prices are not dependent upon the size of the order.

8 Dyer, “Cost price drugs for developing countries are found in Belgian markets”,
BMJ. 2002; 325 (7368): 794.
9 GSK, Corporate Responsibility Report, 2007.
10 Ibid., p. 37.
60. On a case-by-case basis, GSK negotiates preferential prices for ARVs with middle-income
countries.11 Also, GSK has had a policy for some years whereby its vaccines are available at
preferential prices to some developing countries using a tiered pricing system. Prices are linked
to gross national incomes as defined by the World Bank, size of an order, and length of a
particular supply contract.12 In 2008, GSK shipped 1.1 billion vaccines and 79% of these went to
the developing world.
61. GSK’s Corporate Responsibility Report (2007) explains that the company is piloting a new
approach to marketing medicines in middle-income countries. Called Tearing down the barriers,
the approach has some similarities with GSK’s preferential pricing policy for vaccines (see
preceding paragraph). It considers the different socio-economic groups within middle-income
countries: ‘A’ represents the wealthiest section of society and ‘E’ the poorest. While hitherto
GSK’s marketing has focused on the ‘A/B’ categories, Tearing down the barriers is piloting
ways of enhancing access to the ‘C/D’ sections of the market e.g. tiered pricing within, as well as
between, countries; gauging the relationship between price and volume for selected products in
some middle-income countries; differential branding strategies; and local sourcing or
manufacturing designed to address cost issues.13 Interestingly, Tearing down the barriers is
absent from the GSK’s Corporate Responsibility Report (2008) published in early 2009,
although the company still seems to be pursuing the general approach e.g. relevant pilot
programmes remain in place.
Patient assistance programmes and discount cards 62. Like other pharmaceutical companies, GSK has introduced Patient Assistance
Programmes (PAPs) and discount cards in the USA to help patients without insurance.
PAPs provide prescription medicines free, or at minimal cost, to patients without insurance.14
Comments, conclusions and recommendations
63. More than 80 countries benefit from GSK’s NFP prices for ARVs and anti-malarial
medicines.15 Since the introduction of preferential pricing for ARVs in 1997, GSK has reduced
the price several times, including in February 2008. On this occasion, GSK introduced

11 Ibid., p. 35.
12 Ibid., p. 41.
13 GSK, Corporate Responsibility Report, 2007, p. 42.
14 Ibid., p. 45.
15 Ibid., p. 37.
A/HRC/11/12/Add.2*
page 18
significant new price reductions averaging 21% across a range of ARVs.16 The most significant
reduction (almost 40%) was for abacavir sulfate oral solution (Ziagen), which WHO
recommends for use within resource-limited settings. Combination of zidovudine and lamivudine
(Combivir) was reduced by 17% to US 0.54 cents per day.17 Of course, these price reductions are
commendable and consistent with GSK’s right-to-health responsibilities. Crucially, generic
competition played a vital role in driving down these prices. In most cases, generic companies
have pushed their prices below the NFP prices of innovator companies.
64. Tearing down the barriers is (or was) a promising initiative with the potential of enhancing access to medicines for many people, especially those in socio-economic groups C/D, in middle-income countries. As explained in paragraph 61, Tearing down the barriers is absent from GSK’s latest literature but its general approach appears to remain part of the company’s strategy. GSK’s pilots will need careful study (i.e. actual volume, prices, results) to understand the approach’s implications for enhancing access across different socio-economic groups. 65. GSK is exploring ways of enhancing access to its cervical cancer vaccine, Cervarix, in
developing countries where most deaths from cervical cancer occur.18 Today, however, Cervarix
remains very costly (approximately UD$300) in both developed and developing countries,
meaning it is largely unaffordable where it is most needed. As the patent holder of a life-saving
medicine, GSK has a right-to-health responsibility to do all it reasonably can to put in place, as a
matter of urgency, mechanisms that enhance access to Cervarix in middle-income and
low-income countries (see para. 41). Access to medicines being a shared responsibility, others
must also do all they can to help GSK enhance access to Cervarix.
66. GSK deserves credit for significantly reducing some of its prices, including the reductions announced a few weeks ago, and enhancing access to medicines. Such measures are reflective of its right-to-health responsibilities. However, some prices remain beyond the reach of many millions of people for whom the medicine is literally a matter of life and death. The price of Cervarix, for example, remains a cause of deep concern. The Special Rapporteur urges GSK to take all reasonable measures to ensure that its medicines, including vaccines such as Cervarix, are affordable to people living in middle-income and low-income countries. 67. Commercial interests and right-to-health requirements are sometimes aligned. Entering a new market may be good for a company’s business and also required by its right-to-health responsibility to take all reasonable steps to enhance access to medicines. The Special Rapporteur welcomes the approach signalled in Tearing down the barriers that includes tiered pricing within, as well as between, countries. He strongly encourages GSK to include, in its strategy, access to category E (the poorest section of society). He calls on States, donors and others to work closely with GSK to ensure access to medicines of those living in poverty.
16 GSK, Facing the Challenge, 2001, p. 6-7.
18 GSK, Corporate Responsibility Report, 2007, p. 41.
68. Although GSK publishes the prices of ARVs and other medicines, such as anti-malarials, the price offers to some (e.g. the private sector and pharmacies) are still not disclosed. Greater transparency of pricing policies, and their rationales, will enhance monitoring and help ensure better access to medicines. 69. When calculating NFP prices for LDCs, GSK and other pharmaceutical companies are urged to use their marginal costs i.e. the additional costs incurred by the company in making the medicine available in LDCs, such as the additional manufacturing cost generated by providing the additional volume, freight charges, and so on. However, the calculation of marginal costs should exclude, for example, research and development for the medicine, marketing in the developed world, as well as a return for shareholders. 70. The Special Rapporteur calls on States to adopt WHO recommendations requiring
Governments to remove tariffs and taxes on medicines.19 Such tariffs and taxes are
State-imposed obstacles to the realisation of the right to health.
B. Patents and licensing
71. The right to health requires a company that holds a patent on a life-saving medicine to use all the arrangements at its disposal to make the medicine as accessible as possible (see para. 41). Here the Special Rapporteur’s main focus is on patents and licences. 72. GSK endorses the industry position that patent protection stimulates and fundamentally underpins research and development and is not an obstacle to access to medicines. The company supports the Agreement on Trade-Related Aspects of Intellectual Property Rights (TRIPS) and acknowledges the Agreement’s flexibilities, such as compulsory licences and the 31(f) solution to allow compulsory licences for export. In August 2007, for example, GSK became the first company to grant consent under the 31(f) agreement for supply to Rwanda and it agreed to waive royalties. 73. Decisions on whether to take action to uphold GSK’s intellectual property rights in the
event of infringement, as well as the nature of any action, are taken on a case-by-case basis.20
GSK reserves the right to encourage countries to introduce more demanding protection of
intellectual property interests than those required by TRIPS, such as additional limitations on
compulsory licensing. It argues that such provisions are “innovation friendly” and good for the
national economy.21 GSK Philippines lobbied against the Philippines’ House of Representatives
passing the Cheaper Medicines Bill that aimed to incorporate TRIPS flexibilities into the
country’s intellectual property code.22

20th century's greatest engineering achievements : http://www.greatachievements.org/greatachievements/indexp.html> 1. Electrification In the 20th century, widespread electrification gave us power for our cities, factories, farms, and homes -and forever changed our lives. Thousands of engineers made it happen, with innovative work in fuelsources, power generating techniques, and trans