The worker appeals from four decisions of review officers of the Workers’
Compensation Board, operating as WorkSafeBC (Board).
The” A” appeal is from the decision of a review officer dated January 17, 2007 (Review
Decision #R0069683) in which the officer confirmed the May 24, 2006 decision of a
case manager of the Board. The case manager had advised the worker that:
• her wage loss benefits would be terminated effective May 28, 2006 as her condition
• that she would be referred to the Vocational Rehabilitation Department for • that she would be referred to the Disability Awards Department for determination of her permanent partial disability arising from her right foot chronic regional pain syndrome (CRPS). The review officer agreed with the decision of the case manager and explained that the worker’s pain complaints in areas of her body other than her right foot were not related to the compensable injury under this claim and therefore were not considered in the determination of whether her condition had stabilized or plateaued. The review officer concluded that the worker’s right foot condition had plateaued and therefore her wage loss benefits were properly terminated. The worker submits that her CRPS condition has spread to various other parts of her body and therefore her condition had not plateaued but was continuing to worsen. The worker therefore believes she is entitled to ongoing wage loss benefits. The “C” appeal is from an April 10, 2007 decision of a review officer (Review Decision #R0072512). The review officer confirmed two decisions of a case manager contained in a letter of August 10, 2006. The case manager said that the worker’s chest, back, and bilateral arm pain were not due to the injury under this claim. The case manager also said that the cost of the prescription for Citalopram™ would not be reimbursed by the Board. He said that this drug was intended to treat depression which had not been accepted by the Board as a consequence of the compensable injury under this claim. 150, 4600 Jacombs Road, Richmond, B.C. V6V 3B1 Telephone: (604) 664-7800; 1-800-663-2782; Fax (604) 664-7898
The “D” appeal is from the July 5, 2007 decision of a review officer (Review Decision
#R0074376). The review officer confirmed the July 5, 2007 decision of a disability awards
officer of the Board advising the worker that she had been granted a permanent partial
disability pension (PPD) equal to 6.25% of her pre-injury earnings. No potential loss of
earnings award was granted pursuant to section 23(3) of the Workers Compensation Act
(Act).
The “E” appeal is from the October 26, 2007 decision of a review officer (Review Decision
#0080901). The review officer confirmed the decision of a case manager with respect to
which medications would be approved for reimbursement by the Board. Nine separate
medications were dealt with in the decision letter, but only two were contested at the review
division by the worker. Neither Ativan™ nor Citalopram™ was accepted as treatment for
conditions arising from the injury under this claim. Ativan™ was prescribed for anxiety or
depression and Citalopram™ was prescribed for depression. The review officer found that
neither of these conditions had been adjudicated under this claim.
Issue(s)

This appeal was filed with the Workers’ Compensation Appeal Tribunal (WCAT) under
section 239(1) under the Act. No oral hearing was requested by the worker and the
respondent is not participating. On review of the issue identified, I conclude that as this
matter is mainly one of medical evidence, no oral hearing is required.
Background and Evidence

On the “A” appeal, I allow the worker’s appeal. I find that the worker’s condition had not
plateaued or stabilized by May 28, 2006.
I make the above finding on the basis that I conclude that the worker’s pain complaints
in her left lower extremity and her bilateral upper extremity complaints are a direct result
of the compensable injury under this claim as they represent a spread of her CRPS
condition. I find that the weight of medical evidence supports such a decision.
On the other hand, I cannot conclude that the worker’s upper body and chest pain and
headache complaints are a result of her compensable injury under this claim. There is
simply insufficient direct medical support for such a conclusion.
I rely primarily on Dr. Shuckett’s opinion to reach my conclusion. Dr. Shuckett said in
her first opinion of May 2, 2006 that the left leg complaint was due to CRPS. She
continued to support this conclusion in her January 30, 2007 and May 28, 2007
consultation reports. Dr. Shuckett’s opinion is well reasoned and is supported by the
literature submitted by the worker. A mirror image spread of CRPS is not an unusual
finding.
There is also support for Dr. Shuckett’s opinion from Dr. Fehlau, who acknowledges that
the worker has bilateral lower limb problems attributable to CRPS.
I also note that although the worker was not examined at the St. Paul’s Pain Clinic,
Dr. McDonald did confirm that the literature evidence was that the CRPS condition
could spread to other limbs.
The most recent medical evidence from Dr. Capstick adds further support and
elaboration to the notion of a spread of the workers CRPS symptoms to her upper
extremities. However, Dr Capstick also is unable to confirm the likelihood of her chest
complaints being related to her CRPS condition.
150, 4600 Jacombs Road, Richmond, B.C. V6V 3B1 Telephone: (604) 664-7800; 1-800-663-2782; Fax (604) 664-7898 The contrary opinion comes primarily from Dr. Baggoo who posited a diagnosis of lupus which has never been demonstrated and indeed has been ruled out. The disability awards medical advisor found the left lower limb problems to be inexplicable, but I prefer the opinion of the specialists. I am mindful that the Board does have diagnostic criteria for CRPS. I have noted that above. Although such diagnostic criteria is not Board policy and therefore is not binding on Board officers or this panel, one would expect that a Board medical advisor, before providing an opinion on the issue of CRPS would assess the worker against those diagnostic criteria. I see no evidence that this has taken place and therefore I am loath to place any particular weight on the Board medical advisor’s opinion. The diagnostic criteria are not published Board policy and are not, to the best of my knowledge, generally available to the medical community. For that reason, I can have no expectation that any of the independent physicians who have examined this worker would have knowledge of it, nor would I expect that those physicians would have assessed the worker on the basis of those criteria. On the other hand, Dr. Shuckett indicated that she was not comfortable implicating CRPS in the trunk and chest symptoms experienced by the worker. Although Dr. Fehlau does say that generalized CRPS can occur, he provides no specific support for a conclusion that this worker’s CRPS has generalized. There are two policies contained in the Rehabilitation Services and Claims Manual, Volume II (RSCM II) that are relevant to this portion of the decision. Item #97.00 of the RSCM II says that where there is “a preponderance in favour of one view over the other, that is the conclusion that must be reached.” I find that the preponderance of evidence here leads to the conclusion that I have outlined above. The second policy of relevance is contained at item #22.00 of the RSCM II. That says that in order to determine the compensability of subsequent conditions or injuries following a compensable injury that the matter should be looked at “broadly and from a ‘common sense’ point of view, [and that] it should be considered whether the work injury was a significant cause of the later injury.” In this worker’s case, looking at the matter from a common sense point of view, it seems that there is ample evidence that the worker’s left lower extremity symptoms and bilateral upper extremities are causally related to her right foot compensable injury. I am satisfied that the worker’s compensable injury was a significant cause of the later symptoms developing in the worker’s left lower extremity. The left lower extremity and bilateral upper extremity symptoms are therefore compensable. 150, 4600 Jacombs Road, Richmond, B.C. V6V 3B1 Telephone: (604) 664-7800; 1-800-663-2782; Fax (604) 664-7898 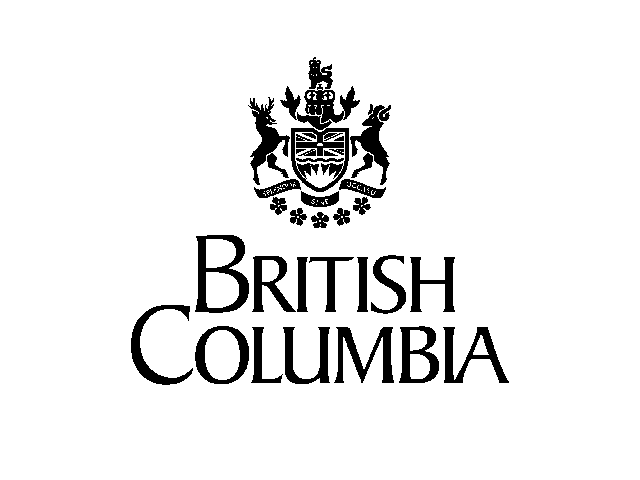 All of this begs the question of when the worker’s condition plateaued. I make no
specific finding on that matter, but rather, I simply conclude that the worker’s condition
did not plateau on May 28, 2006. I return the file to the Board to make a new
determination on this matter.
On the issue arising from the “C” and “E” appeals, I deny the worker’s appeals. There
has been no adjudication on the compensability of the worker’s depression and anxiety
and therefore the medications prescribed for these conditions can not be seen as a
Board responsibility.
On the issue arising from the “D” appeal, I make no finding. The issue of the workers
PPD is moot as I have found that her condition had not plateaued by May 28, 2008 as
her CRPS has spread to other areas of her body than the right lower extremity.
Conclusion

Department of Orthopaedic Surgery is conducting a research project on osteoporosis. If you are eligible to participate you would receive at no cost to you a Bone Health Assessment which includes a bone density test. You will receive compensation for the one-time, 2 hour visit. Weekday, evening, and weekend appointment times are available. Eligible subjects must me