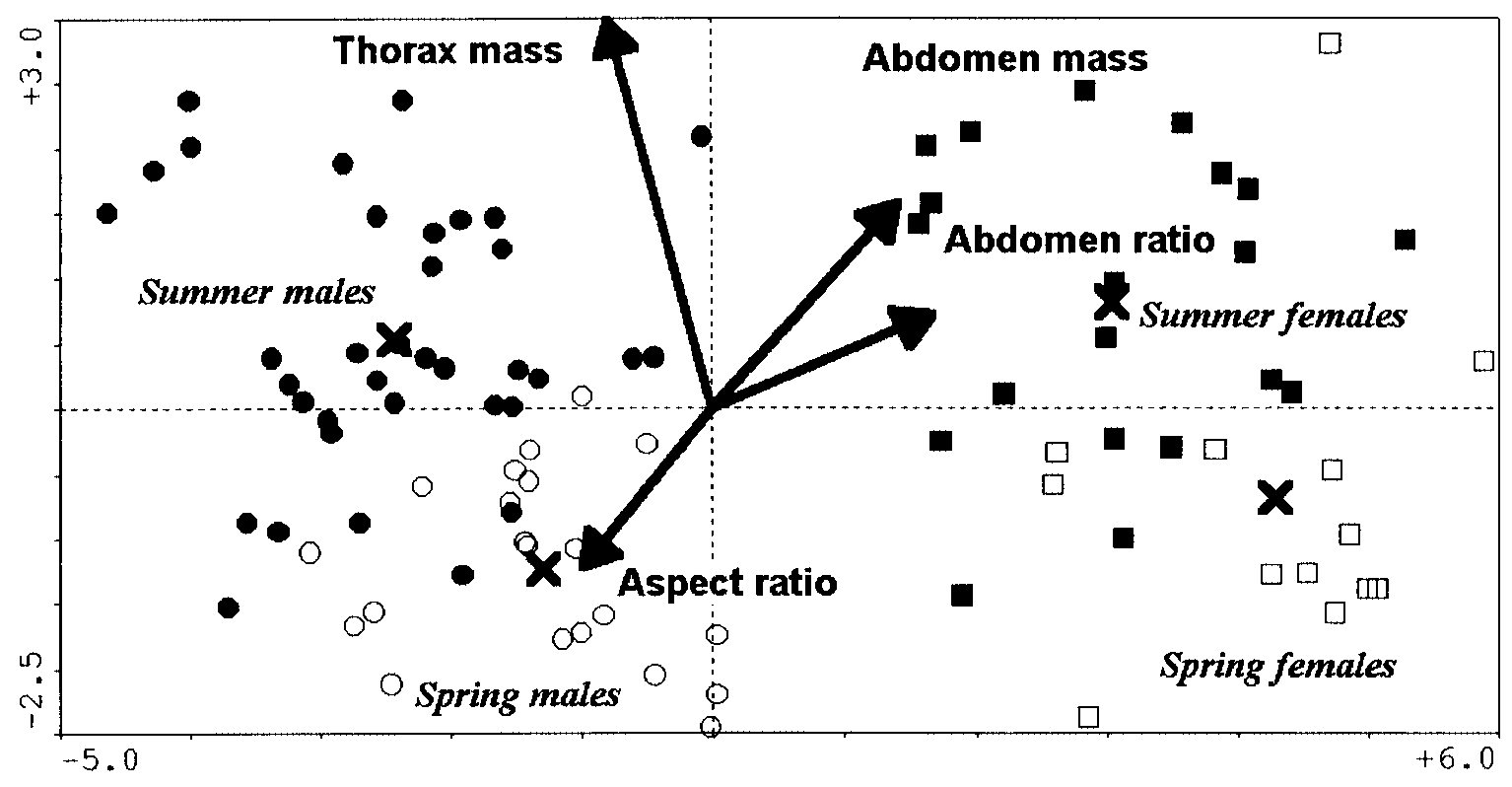 P = 0.99). This allowed us to pool the samples from different years and sites in furtheranalyses.
The CVA analysis with all variables convincingly and highly significantly separated the four classes (Fig. 1, Tables 3 and 4). Butterflies of the summer generation were significantlylarger and had heavier thoraxes. In contrast, the butterflies of the spring generation hada larger wing loading (especially the females) and aspect ratio (especially the males). Thisindicates the capability of highly energetic, but costly flight. The discrimination using theraw variables was again highly significant (Fig. 2). Thus, the heavier thoraxes, heavierabdomens and larger wings of the summer generation hold even in absolute terms. Finally,the significant model that was based solely on derived variables showed that the effect ofabdomen ratio (higher in females) differentiated the sexes, whereas wing loading (higher inspring) separated the generations.
Filtering out the effect of sex on variation in the biomechanical data resulted in a decrease in the variation explained by the individual models (Table 4). Still, the generalpattern remained preserved (Table 3). Summer-generation butterflies had significantlylarger and longer wings, heavier thoraxes and higher thorax muscle ratios. Springgeneration-butterflies had a heavier wing loading (Fig. 3).
In summary, the results suggest two trends. The first was a difference in design between males and females: males were smaller than females in both generations, and had lighterabdomens and heavier thoraxes in both absolute and relative terms. They also had a higheraspect ratio, which is commonly associated with better flight manoeuvrability (Danforth,1989; Chai and Srygley, 1990). The second trend concerned the differences betweengenerations. The summer butterflies were larger in absolute terms and displayed a higherthorax muscle ratio (or a lower abdomen ratio, as the two measurements were negatively Fig. 1. Canonical variate analysis of biomechanical traits of Araschnia levana. Raw and derived
explanatory variables combined, sexes within generations treated separately. Only the variables
selected by forward selection and included in the final model are shown. The scaling of darts for
explanatory variables was multiplied by a factor of 5 for clarity. ᭺, spring males; ᮀ, spring females;
᭹, summer males; ᭿, summer females. × = centroids for individual classes.
Table 3. Canonical variate analyses of biomechanical traits in males and females of spring- and
summer-generation Araschnia levana: separate effects of single terms
Note: Significance of effects of the terms was tested by Monte-Carlo permutation tests (999 permutations).
The terms that achieved significance at P < 0.05 and had a variance inflation factor < 30 were entered into theconstruction of the final models.
# Denotes the variables with a variance inflation factor >30, which were thus excluded from the final models.
*P < 0.05; **P < 0.01; ***P < 0.001.
Table 4. Canonical variate analyses of biomechanical traits in males and females of spring- and
summer-generation Araschnia levana: tests of final models
Note: Significance of effects of the terms was tested by Monte-Carlo permutation tests (999 permutations).
See Table 3 for the tests of model terms.
*P < 0.05; **P < 0.01; ***P < 0.001.
correlated; R2 = −0.94 and P < 0.0001) and a lower wing loading. Since the CVA discrim-inations according to these traits remained highly significant when the variability attribut-able to sexual differences was filtered out, it follows that there were genuine inter-generationdifferences in biomechanical design. 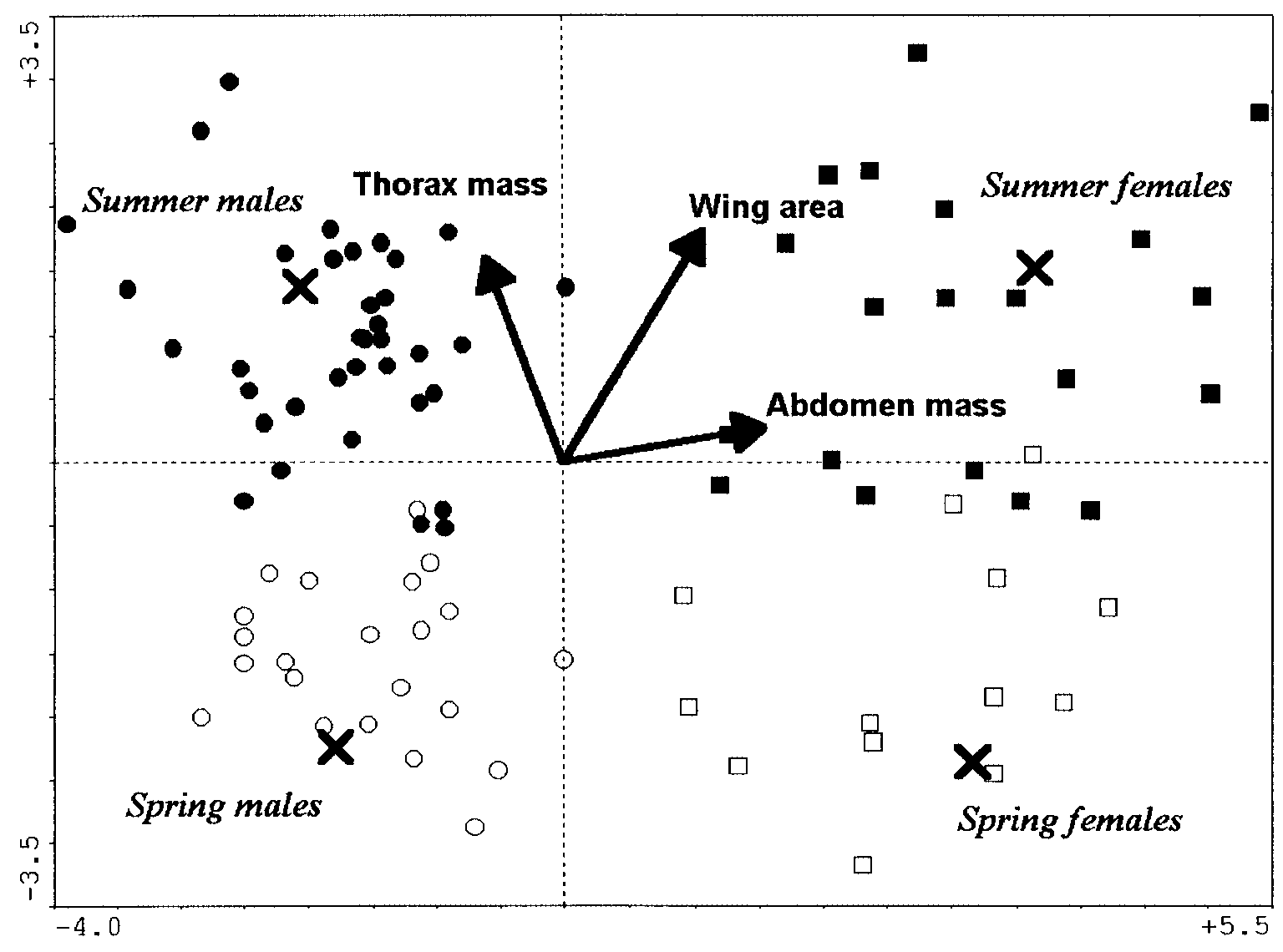 Fig. 2. Canonical variate analysis of biomechanical traits of Araschnia levana. Raw variables, sexes
within generations treated separately. Only the variables selected by forward selection and included in
the final model are shown. The scaling of darts for explanatory variables was multiplied by a factor of
5 for clarity. ᭺, spring males; ᮀ, spring females; ᭹, summer males; ᭿, summer females. × = centroids
for individual classes.
Allometry
The multiple regression models of the biomechanics variables against dry body mass, sexand generation and their interactions (Table 5) confirmed the larger investment by thespring generation in abdomen mass (also manifested as a higher wing loading) and thelarger investment by the summer generation in wing size and flight muscles.
Tests for the effects of generation were significant, after subtracting the trivial (and highly significant) variation due to overall body size, for all the variables tested except thecentroid projection and the aspect ratio. That the factor ‘generation’ produced significantdifferences in the slope of the regression lines for eight of the ten models suggests that thebetween-generation patterns were not due to differences in body size alone.
DISCUSSION
Both the comparisons of the residence and mobility parameters of the mark–recapturemodels, and the analyses of biomechanical traits, provided strong support for our initialhypothesis of greater mobility of summer-generation Araschnia levana butterflies. Thesummer-generation butterflies had shorter residence times (which, in fact, combines 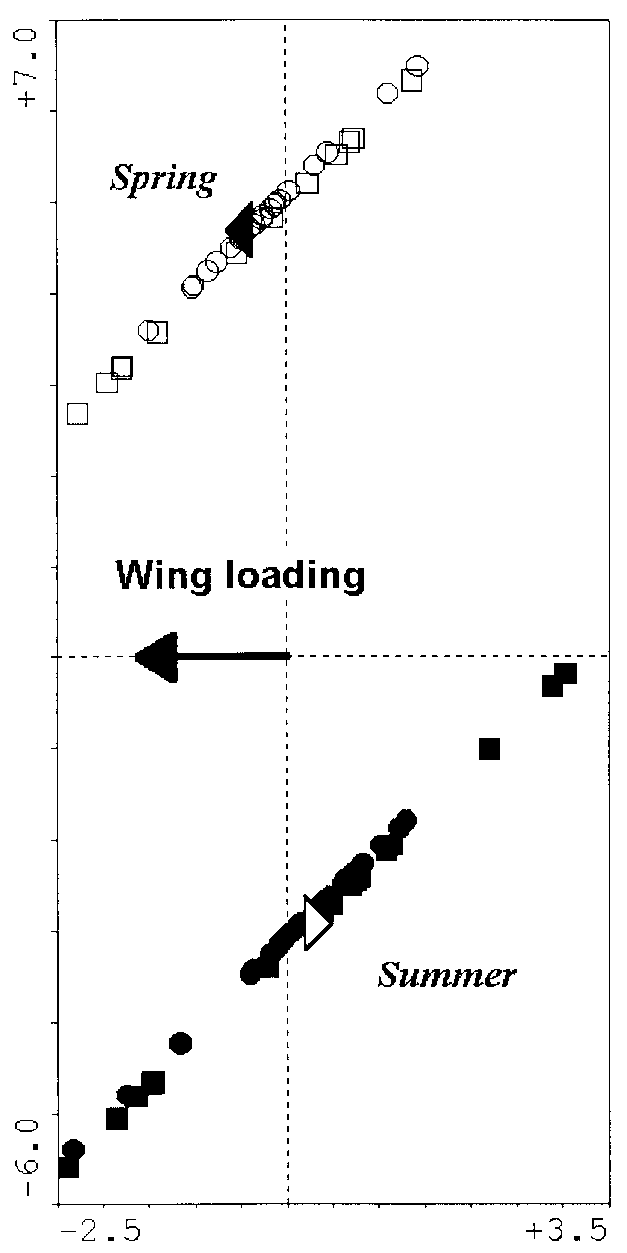 THE PATHOLASE PINPOINT ™ FOOTLASER ™ The Newest and Safest Treatment in the Fight against Toenail Fungus BY PEDRAM HENDIZADEH D.P.M., F.A.C.F.A.S. Have you ever suffered from toenail fungus? Are you embarrassedto go to the nail salon or go to the beach with friends or family albecause of the appearance of your nails? Have you tried med-ications, only to be frustrated when n