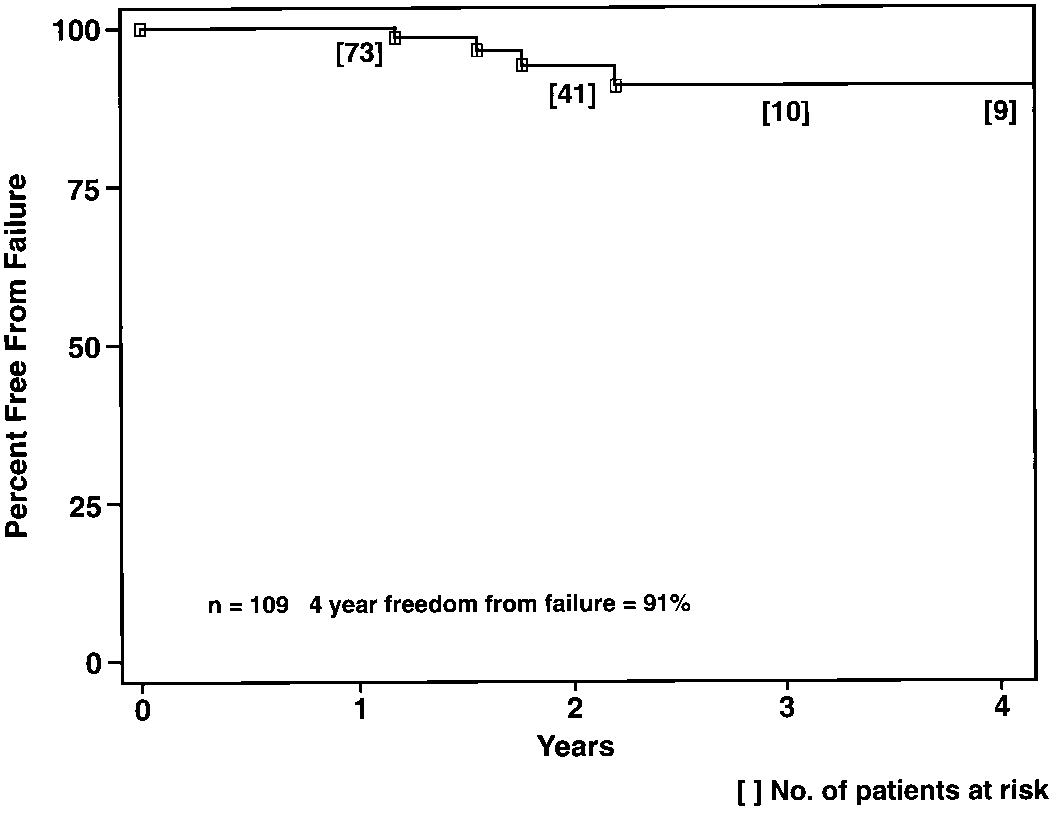 board approved 103Pd dose escalation study, and received 3months of hormonal therapy before implant and continuedandrogen withdrawal therapy for 6 months after implant(total 9 months). Patients on the institutional review boardprotocol also received a higher dose of external beam irradi-ation to 5,940 and 7,040 cGy. and the implant dose was alsoescalated from 56 to 76 to 86 Gy. as part of this protocol.
Those patients with a positive seminal vesicle biopsy (T3cdisease) and negative pelvic lymph nodes were included inthe high risk group and additionally the walls of the seminalvesicles were also treated with implantation. Hormonal ther-apy was administered as a combination of leuprolide acetateand 250 mg. flutamide every 8 hours in all patients.
All cases were staged with routine bone scans and CT. All patients with PSA greater than 10 ng./ml., Gleason 7 orgreater or clinical stage T2b or greater also underwent bilat-eral seminal vesicle biopsy. Those patients with PSA greaterthan 15 ng./ml., Gleason score greater than 7 or a positiveseminal vesicle biopsy underwent laparoscopic pelvic lymphnode dissection before treatment,22, 23 and those with posi-tive nodes were excluded from implantation. Followup was FIG. 1. Four-year freedom from PSA failure in low risk patients performed every 6 months with PSA, digital rectal examina- with PSA 10 ng./ml. or less, Gleason 6 or less and clinical stage T2a tion and ultrasound evaluation. Prostate biopsies, including 6 from the prostate and 6 from the seminal vesicles forpatients with a positive seminal vesicle biopsy, were rou- TABLE 3. Clinical features of 152 moderate risk patients tinely recommended 2 years after completion of treatment regardless of disease status. Followup was started at comple- tion of therapy (date of implant or completion of external beam irradiation). PSA failure was defined as 2 elevations above 1 ng./ml. Comparisons between survival rates were calculated using the log rank test, and differences in propor- tions were tested using the Pearson chi-square method.
The 109 patients at low risk received 125I alone, and fol- lowup ranged from 1 to 7 years (median 18 months). PSA ranged from 1.3 to 10 ng./ml. (median 6.4), a third of the patients had Gleason scores 2 to 4 and an equal number had T1c and T2a lesions (table 2). The 4-year freedom from PSA Hormonal group was treated for 3 months before and 2 months after implant failure rate was 91% (fig. 1). No patient experienced urinary incontinence following implantation. Grade 1 to 2 radiationproctitis occurred in 5 men (4.5%) and there were no cases of of grade 3 or 4 radiation proctitis and no cases of urinary The 152 patients at moderate risk were followed a median The 40 patients at high risk underwent a combination of of 27 months (range 12 to 74) and were treated with either hormonal therapy and 103Pd implantation followed by exter- implantation alone (73) or implant combined with hormonal nal beam irradiation. PSA ranged from 2.1 to 202 ng./ml.
therapy (79). The patients were equally distributed with (median 20), 32 had Gleason score 7 or greater (80%) and 34 regard to stage, PSA and Gleason score (table 3). The 4-year had clinical stage T2b or greater (85%). Of the 40 patients 20 biochemical freedom from failure rate for the hormone group had biopsy confirmed seminal vesicle involvement (table 4).
was 85% versus 58% for the no hormone group (p ϭ 0.08, fig.
Followup ranged from 6 to 42 months (median 13). The 2, A). The difference was more significant for those with 3-year biochemical freedom from failure rate in these high Gleason score 7 or greater (90 versus 43%, p ϭ 0.01, fig. 2, B) risk patients was 71% (fig. 3). Of the 4 patients (10%) with and for those with PSA greater than 10 ng./ml. (87 versus failure 3 (75%) originally had positive seminal vesicle biop- 59%, p ϭ 0.04, fig. 2, C). Grade 1 to 2 radiation proctitis sies. The time to failure in these 4 patients ranged from 226 occurred in 1 patient receiving hormonal therapy (1.3%) and to 712 days (mean 446). The last PSA value in the 36 patients in 3 treated only with implantation (4%). There were no cases without failure was less than 0.05 ng./ml. in 21 (58.3%), 0.05to 0.2 in 13 (36.1%) and greater than 0.2 to 0.5 in 2 (5.6%). All5 patients who received 5,940 cGy. external beam dose hadgastrointestinal complications. There were no grade 3 or TABLE 2. Clinical features of 109 low risk patients 4 gastrointestinal complications. The actuarial freedom from grade 2 proctitis was 82%. No patient experienced urinary incontinence. Prostate biopsies were negative in 87% of the low risk, 96.8 (hormone group) versus 68.6% (no hormone group) of the moderate risk (p ϭ 0.0023) and 86% of the high The rationale for using brachytherapy alone in low risk patients evolved from the experience at several centers 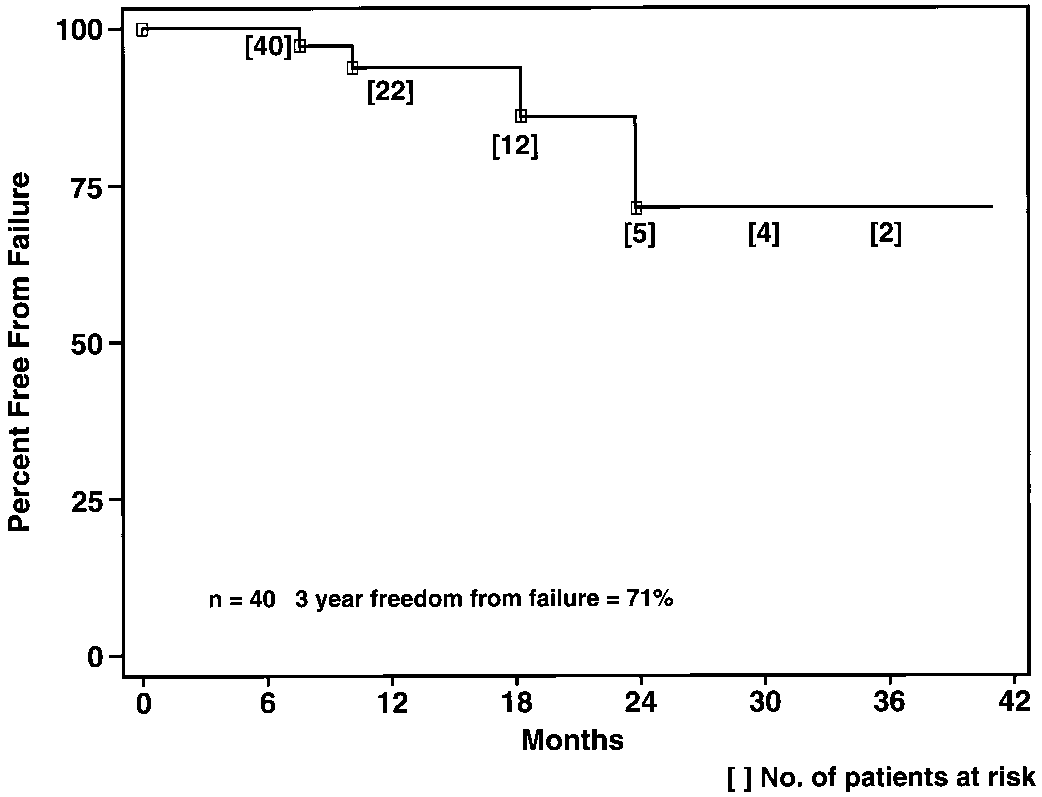