Medical Risks of Infertility
Infertility, next to pregnancy and childbirth, affects more women of reproductive age than any other condition. Literally millions of women are affected by this condition every year but are not able to receive adequate medical care because the health insurance industry excludes coverage for “fertility-related services” (to be read: Infertility is associated with a group of diseases that affect not only the reproductive status of women but also their very health. An enor-mous amount of insight has been gained into the causes of infertility over the last 20 to 30 years. Infertility is now known to be associated with diseases that have a substantial health impact on women and, if these women are left untreated, such diseases lead to a decrease in quality of life and the potential that life may be either impaired or shortened.
Infertility is usually associated with some degree of either organic disease, or hormonal or ovulatory dysfunction. In women, these include such conditions as endometriosis, ovulation-related disorders, various hormonal dysfunctions, pelvic adhesive disease, polycystic ovarian disease, various forms of tubal occlusion and anovulation. Male causes of infertility are associated with low sperm counts, and these are associ- ated with such conditions as chronic prostatitis, hormonal dysfunction, varicocele (varicose vein of the testicle), and some causes that are not yet known.
In women, one of the main diffi culties with infertility and the The NaProTECHNOLOGY Revolution: Unleashing the Power in a Woman’s Cycle organic diseases and hormonal dysfunctions that are associated with it is that these same diseases can also cause both short- and long-term disability, impairment of one’s quality of life and even potentially the shortening of one’s life. In other words, fertility-related problems in women have a “two-pronged” effect. They not only affect a woman’s fertility but they also affect her general health. Because infertility evaluation and treatment has been excluded by the insurance industry for so many years, literally thousands, if not millions, of women throughout the United States have been denied access to the type of medical care that they deserve for these medical conditions.
Such problems as pelvic pain; dysmenorrhea; dyspareunia; irritable bowel syndrome; various metabolic effects including increased risk for heart attack, and diabetes; the potential onset of various cancers includ-ing ovarian cancer, endometrial cancer and breast cancer; osteoporosis; and the risks of subsequent pathologic pregnancies and low birth weight infants are all associated with that “two-pronged” effect. It has become irresponsible for a society not to recognize these medical effects and risks exist while denying appropriate third-party reimbursement for their medical care.
Endometriosis
Endometriosis is notorious for causing such problems as severe pelvic pain, menstrual cramps, and pain with intercourse. But it is also associated with irritable bowel syndrome, hormonal dysfunctions, and a Endometriosis is treated either surgically or medically, but the surgical approach is generally better for the relief of pain and for future fertility purposes. However, surgical procedures must be done expertly in such a fashion so as to prevent adhesions (or scar tissue) from forming as a result of the surgical procedure itself. Even with these treatments, there is some rate of recurrence with the disease. However, long-lasting relief can be anticipated especially with surgical treatment.
It is well known that certain aspects of endometriosis are similar to those of malignant disease.1 Endometriosis may proliferate and invade other tissues due to a loss of control of growth and proliferation, and the mechanisms underlying this loss may be similar to those seen in cancers. It has been observed in association with small bowel obstruction,2 the 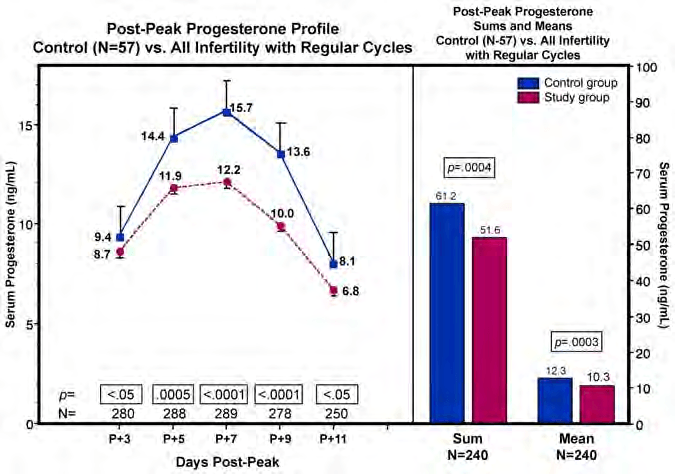 Internet Appendix 3: Medical Risks of Infertiltiy involvement of the ureter leading to kidney obstruction and uremia (kidney failure),3 and other areas of the urinary tract.4-7 The sigmoid colon has been perforated during pregnancy as a result of endometrio-sis8, and massive ascites can also be associated with endometriosis.9-10 Endometriosis has been observed in the lung,11-12 the sciatic nerve,13 the diaphragm,14 and in the rectal/vaginal area15 along with many other Hormonal Dysfunctions associated with Infertiltiy
Hormonal dysfunctions are very common in women with infertility problems. These problems are often associated with the abnormalities that occur in association with infertility relative to the occurrence of ovulation. Abnormal events of ovulation are common in women with infertility and because of this, the hormonal dysfunctions associated with abnormal ovulations are also common.
In Figure 1, the luteal phase progesterone levels are shown for women who have infertility from all causes. In patients with endome- Figure 1: Postovulatory (post-Peak) progesterone profi le in patients with infertility and regular
cycles (N=240, dotted line) compared to a control group of women with normal ovulatory func-
tion. All levels in the infertility group are signifi cantly lower than in the control group (From:
Pope Paul VI Institute research, 2004). 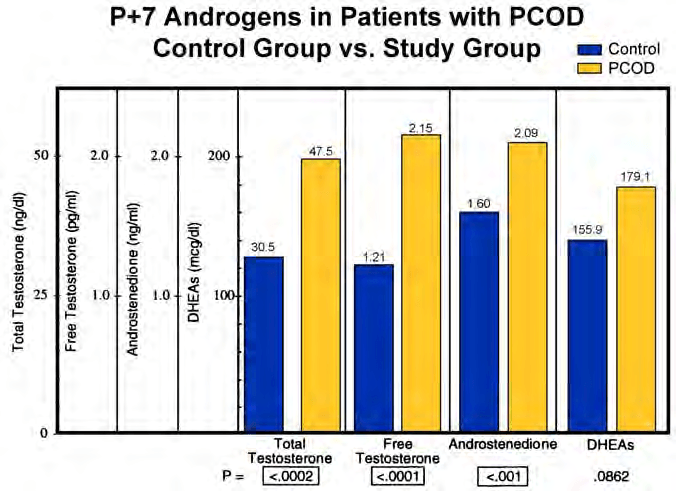 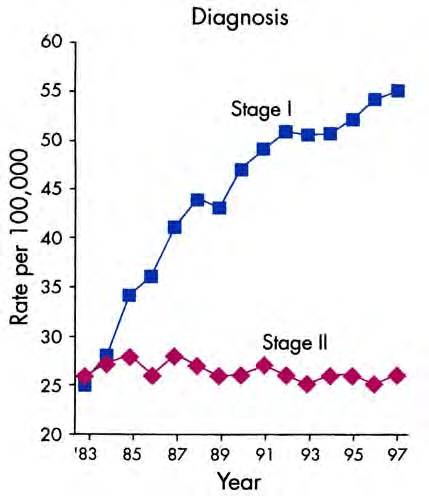