The Turkish Journal of Pediatrics 2007; 49: 444-447 Axenfeld-Rieger syndrome associated with truncus arteriosus:
a case report
Özlem Gürbüz-Köz1, Tuba Atalay1, Cem Köz2, Hatice Ilgın Ruhi3Alper Yarangümeli1, Gülcan Kural111st Eye Clinic, Ankara Numune Training and Research Hospital, 2Department of Cardiology, Gülhane Military Academy of Medicine, and 3Department of Medical Genetics, Ankara University Faculty of Medicine, Ankara, Turkey SUMMARY: Gürbüz-Köz Ö, Atalay T, Köz C, Ilgın-Ruhi H, Yarangümeli A,
Kural G. Axenfeld-Rieger syndrome associated with truncus arteriosus: a case
report. Turk J Pediatr 2007; 49: 444-447.
The aim of this presentation was to report a case with Axenfeld-Rieger
syndrome (ARS) associated with truncus arteriosus (TA). We present
a 14-year-old boy with ARS in whom the diagnosis was confirmed by
ophthalmologic examination and developmental defects of the teeth and
facial bones. Echocardiography revealed TA. With this case demonstrating the
association between ARS and TA, the range of reported cardiac malformations
is enlarged and the importance of cardiologic evaluation is emphasized in
patients with ARS.
Key words: Axenfeld-Rieger syndrome, truncus arteriosus.
Axenfeld-Rieger syndrome (ARS) is a clinically In ARS, classical signs represented by dental and genetically heterogeneous disorder with hypoplasia, craniofacial anomalies, and involuted an autosomal dominant mode of transmission periumbilical skin can be associated with a wide and great intrafamilial variability, consisting of diversity of other traits, such as limb anomalies, a family of developmental diseases including short stature, pituitary anomalies, empty sella anterior segment abnormalities and a variety syndrome, and a variety of neurological and Axenfeld-Rieger syndrome can be classified Among the associated extraocular features, as Axenfeld anomaly (limited to peripheral cardiac malformations, including interatrial anterior segment defects), Rieger anomaly septal defects and semilunar valve stenosis or (peripheral abnormalities with additional insufficiencies, have rarely been reported5-9.
changes in the iris), and Rieger syndrome Here we present a case of ARS with truncus (ocular anomalies and extraocular developmental arteriosus (TA) type IV. This is the first case defects especially of the teeth, facial bones, and periumbilical skin). Because of the marked genotypic and phenotypic overlap, it has been Case Report
proposed that these diseases are best considered The patient was a 14-year-old boy born from under the single ARS heading. These three nonconsanguineous healthy parents. He was the variations are now recognized as a spectrum of 9th sibling of the family. The pregnancy was the same syndrome1-3. In the literature, cases normal without any exposure to teratogenic with ocular and extraocular manifestations are agents. The delivery was also normal at term. either defined as ARS or Rieger syndrome4.
The family history did not reveal any other The most important ocular feature of the ARS is glaucoma, which develops in about 50% The patient had been referred to our clinic of affected individuals. The ocular anomalies because of bilateral gradual visual impairment. are suggested to represent an arrest of tissues Best corrected visual acuity was 0.3 in the derived from neural crest cells in gestation1.
right eye and 0.1 in the left eye. Slit lamp 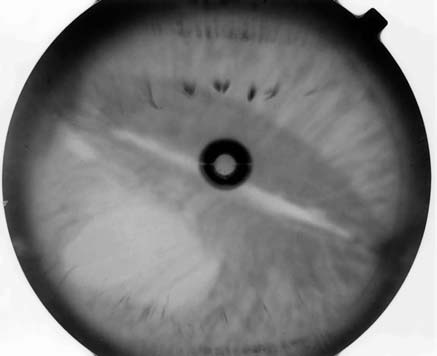 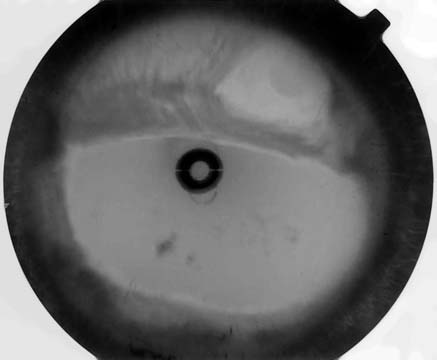 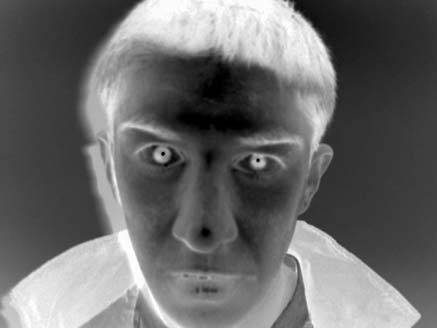 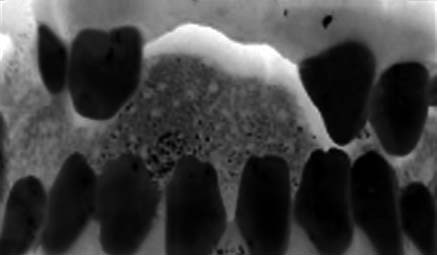 Axenfeld-Rieger Syndrome with Truncus Arteriosus 445 examination displayed a prominent, anteriorly latanoprost 0.005% (Xalatan, Pharmacia & displaced Schwalbe’s line in all quadrants of Upjohn, Uppsala, Sweden) once daily at 10:00 both eyes. The iris had stromal hypoplasia pm, and after one month of therapy, intraocular bilaterally. There were corectopia in the right pressure was 18 mmHg in the left eye.
and polycoria in the left eye (Figs. 1 and 2). Non-ocular abnormalities consisted of facial Gonioscopy revealed iris strands attached to configuration with flattening of the mid-face, a the Schwalbe line in both eyes. Cup/disc ratios thin upper lip, and protruding lower lip (Fig. 3). were 0.3 in both eyes. Intraocular pressures Hypodontia and microdontia were also present (Fig. 4). Physical examination revealed the in the left eye. Results of visual field testing absence of redundant skin around the umbilicus. with automated perimetry were fairly reliable We considered this patient’s ocular and non- in both eyes. Nonspecific visual field defects ocular abnormalities to be typical of ARS. After were detected because of pupillary distortion informed consent was obtained, peripheral blood in both eyes. There were no anomalies at the sample was obtained. Chromosome analysis lens or fundus. The patient was given topical revealed a 46-XY normal male karyotype.
Fig. 1. Biomicroscopic appearance of the right eye
Fig. 2. Biomicroscopic appearance of the left eye
showing distortion and displacement of pupil with showing distortion and displacement of pupil with full- thinning of iridic stroma, peripheric anterior synechiae thickness hole formation and thinning of iridic stroma.
Fig. 3. The patient’s facial configuration with flattening
of the mid-face, thin upper lip, protruding Fig. 4. Photograph illustrating dental anomalies such as 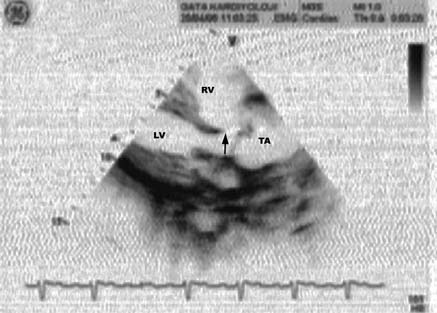 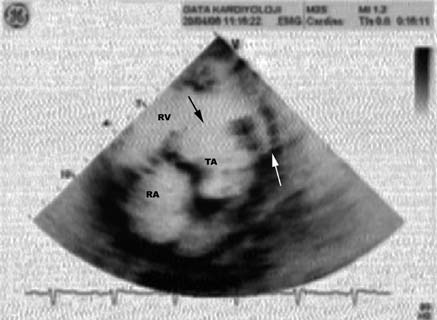 Module 2 Handout Evidence-Based Treatments (EBTs) for Depression What are Evidence-Based Treatments (EBT)? • EBTs apply the best available evidence gained from scientific research to decision-making about treatment. • EBTs are shown in randomized clinical trials to be effective in reducing symptoms of a particular disorder and/or improving functioning Types of EBTs for Depres