The autonomic cyclic mechanics of the Lung start by contraction of the muscles of the lobar bronchi and those of the lobular bronchioles, which while decreasing their capacities,proportionally increase the molecular mass per volume unit of the inspired air, thus increas-ing their molecular expansive forces.
These dynamics lead to displacement of the contained air in the sense towards lower resistance, to then expand the pulmonary structures in balanced forces, once muscular relax-ation begins. Finally, the tiny intra-alveolar air masses distend the alveolar wall in balancewith capillary blood pressure. These processes are accomplished by two kinds of dynamic cycles Lobar cycles, for air renovation, under Vagus Nerve command.
Lobular cycles, for gas exchange with the blood, under Sympathetic Nerve If the atmospheric mass of air per volume unit were lower to that demanded by the adap- tation limits of the human specie, its molecular expansive force would be insufficient toachieve pulmonary dynamic expansion, with all that implies, as described above.
Therefore, the expansive molecular forces of the alveolar air mass would be insufficient to expand the alveoli with the required tension to enable the right balance of blood and airpressure for balance for selective diffusion of Oxygen. The consequence would be pulmo-nary arterial blood hypertension, hypoxemia and pulmonary oedema, as is the case in AcuteMountain Sickness. Simultaneous data and graphs of Resultants of these dynamics, discovered by the Author in 1978, in the pleural space of experimental dogs, are analyzed. Related Author’s publishedworks are: “Fisiodinámica del Hombre en el Mundo” “The New Theory of RespiratoryDynamics” “Integración Dinámico Funcional del Organismo Viviente”. The Aetiology andPathogenesis of Acute Mountain Sickness THE LUNG AUTONOMIC MECHANICS. THE HUMAN LIVING-BEING We can identify, by abstraction, the origin of some partial forces and their objectives. This work, carried out during the year 2000, obeys to my aim of applying the scientific basis of 1. Atmospheric force’s origin, relative
the Pulmonary autonomic mechanics, developed by to altitude
me during more than twenty two years, tounderstand the Acute Mechanical failure of the Altitude means distance from sea level, in es- Lung dynamics at High Altitude, known as Acute sence, distance from the centre of the Earth, from which its gravitational force is exerted. This force, contributing with its prevention and effective applied on the Atmosphere, determines its length, speedy treatment avoiding complications.
relative to the weight of its column of air, the valueof which at sea level is 76 cm Hg.
Introductory Remarks
In other words: the mass of a column of atmo- spheric air at sea level is 76 cm Hg and, from it, Rigorous interpretation of this Discovery, which approximately 21% corresponds to Oxygen, with a represents a historical landmark, led me to define partial pressure of about 15,96 cm Hg. And 79% two different kinds of cyclic activity: One that com- corresponds to Nitrogen, with a partial pressure of prises the whole cycle, coincident with the breath- ing cycles and the other, a series of minor cyclescoincident with cardiac cycles, both clinically de- Now, this pressure corresponds to the lower level of human adaptation in our natural habitat. If thepressure is increased for any cause, it will be in- This complex Resultant is generated by cyclic creased the Resultant force needed for the diffu- variation of forces transmitted to the pulmonary sion of gases, firstly Oxygen, surpassing the capac- surface, which origin and development merit to be ity of fixation by the haemoglobin of the blood and Hence, applying the Newton’s Inertial Prin- If distension of the alveolar structure increases c i p l e F = m • a (force equals mass per farther on, Nitrogen would also diffuse, with the acceleration) it is compulsory to determine the source of the forces, the identity of the mass, and The mass of atmospheric air and with its pro- the space limiting its acceleration, as well as the portional masses of Oxygen and Nitrogen decrease causes of the periods of those cyclic displacements.
during ascent from sea level, because the air col- umn at each upper level diminishes. One most add The Force
to this, temperature and humidity, among other fac-tors, with the consequences above mentioned.
The main working forces concurrent to the These elemental concepts need no discussion.
performance of the Respiratory Cycles have twocomplementary sources, leading to complementary 2. Organic forces Origin
Sources of the forces
1. Contraction-relaxation of the airways smooth 2. Expansive molecular force of the gasses pressurised in each sector of the bronchial and AETIOLOGY AND PATHOGENESIS OF ACUTE HIGH ALTITUDE SICKNESS 3. Capillary blood heat transfer to the alveolar air sphincters, whose contraction generates the necessary energy to decrease the diameters and length of thosepassages, with three main consequent effects. Diaphragmatic Belt of striated muscles.
1. Proportional reduction in their capacities.
5. Contraction-relaxation of the right ventricle.
2. Simultaneous proportional widening of the structures are well known, as also are their muscular 3. Momentarily closure of the airways, by seg- fibres distribution as geodesic networks and Physiological objectives of the lobar bronchi muscular contraction
1. To increase pressure in the lobar bronchi working effects of the Diaphragmatic Belt. That is contained air, in accordance with the Boyle to say, to evoke Diaphragm contraction, followed Mariotte Principle V.P = C (Volume per Pressure is a Constant.). This pressure increase means (Diaphragm-intercostals and abdominal muscles2.
accumulation of potential energy, as expansivemolecular forces.
3. To increase the pleural lumen, in order to decrease resistance to pulmonary gases expansion 2. To generate Pulmo-diaphragmatic (Vago- Phrenic) mechanical reflex to incorporate the Physiological objectives of the lobar bronchi muscular relaxation
1. Displacement of the previously pressurised gases towards their destination on the pulmonary 3. Abdominal muscles contraction (Diaphrag- periphery, by own molecular expansion, expanding matic Belt), with press effect towards the thorax. the Lung, to accomplish immediate and mediateends.
4. Intercostals muscles contraction for thorax Decrease resistance for Intra pulmonary gas expansion (Diaphragmatic Belt), with flood- gate effect, decreasing resistance to abdom- inal blood 2. abdominal press effect towards the low The mass.

The intrapulmonary working factor mass is the the Trachea, where the air formerly inspired is pre- mass of air contained in each sector of the air acclimatised, that is to say, the mass per volume passages, bronchial and bronchiolar, directly unit of the atmospheric air is pre-adapted, along renovated from the right and left main bronchi and the extra pulmonary airways, to physical conditions THE LUNG AUTONOMIC MECHANICS. THE HUMAN LIVING-BEING Acceleration = e/t (space divided by time) genetically programmed for use and final adaptation The space is anatomically defined by the length in the intra-pulmonary airways, while also of one file of bronchi and bronchioles up to their alveoli, while the time is physiologically determined integrated physiological dynamic effects, for a final by the period of the concerned cycles, which change pulmonary result at the alveolar level, enabling in relation with organic demands, under control of Physiological Objectives of the Lobular Bronchiole’s Muscles contraction Dynamics of the lobular bronchioles is similar, ences relative to the magnitude of factors as well in general sense, to the lobar bronchi, with refer- Introduction
To understand the Aetiology and pathogenesis of Species and Individuals Adaptation, which is of AHAS it is necessary to know the normal dy- genetically determined and infers the concept of namics of the Lung in the habitat of natural adapta- Altitude above sea level, this relative to the distance tion of the species, as synthesised in the introduc- from the centre of the Earth, as determinant of its Gravitation Force and, with it, atmosphericpressure at different geographical levels, which is Living species and individuals are mechanical relative to the mass of air per volume unit. structures genetically designed for dynamical inte-gration with the Atmosphere, at the very moment Aetiology
of birth, and adaptation to different levels of alti-tude, within their own limits, relative to the mass We are now starting focussing the Aetiology of Acute High Altitude Sickness, which is relative tothe functional binomial Man-Earth of which the It is well known that the respiratory function of factor Man is the same and, only one element of healthy individuals, in their local habitat, disposes the factor Earth has changed: the distance from sea of a wide adaptation range to organic demands, level and its consequent effect on the mass per volume unit of atmospheric air, which I pointed out A wider concept of Habitat is Natural Habitat Low air mass per volume unit above the upper limit of human natural adaptation is the cause of the acute failure of the Lung dynamics known as Acute High Altitude Sickness 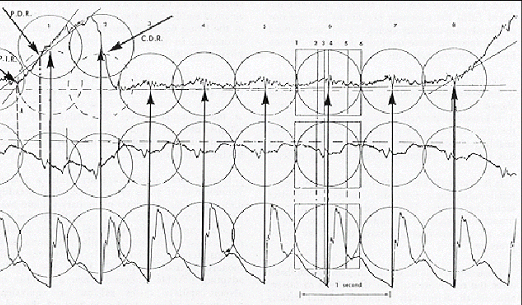