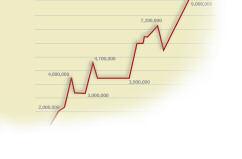 Share of total PPI prescriptions in Canada—YTD October 2009
Figure 2. Share of total PPI prescriptions in Canada—YTD October 2009. Source: IMS Health, CanadianCompuScript, 2009.
cytoprotective agents and mucosal protective agents is the most prescribed in Manitoba (41.0%), New (5.6%), including sucralfate and misoprostol.
Brunswick (36.6%) and PEI (33.0%). Among the indi- Pantoloc®, the most frequently prescribed PPI, peaked vidual PPIs, rabeprazole prescriptions are highest in at > 5 million Rxs in 2007, before going generic. In 2008, British Columbia (50.6%), pantoprazole in Quebec 40% of all pantoprazole prescriptions were for generic ver- (47.3%), omeprazole in Manitoba (41.0%), lansoprazole sions of the product. At its peak, Pantoloc® represented in Alberta (26.5%) and esomeprazole in Quebec (24.2%).
30% of the market for both prescriptions and prescription While listing status may account for some of this varia- dollars, indicating that it was priced at market value.
tion (e.g., esomeprazole use in Quebec), because the ther- Looking at the 10-month time period ending October apeutic efficacy of PPIs is largely equivalent, physician 2009, Nexium®, the only non-generic PPI available, repre- and patient preference likely play a greater role in the sents 17% of the market in dispensed prescriptions while accounting for 24% of the market dollars.
PER CAPITA USAGE OF PPIs
LEADING PRESCRIBED CLASSES
The province with the highest defined daily doses (DDD) The number of PPI prescriptions by province for the years per capita is consistently Nova Scotia, averaging 2005 through to the 10 months ending October 2009 is 24.9 DDDs per capita across all five years (2005 to 2008 and year to date [YTD] October 2009). British Columbia Of the five PPIs available, pantoprazole is the most pre- has the lowest DDDs per capita for the last three years, scribed nationally (31.4%). However, prescriptions for PPIs averaging 14.3 DDDs per capita across all five years (2005 vary widely by province. Of the five PPIs prescribed in to 2008 and YTD October 2009). The national DDD per each province, rabeprazole is the preferred agent in British capita fluctuates between 16.5 and 22.4 over the same five Columbia (50.6%), Saskatchewan (46.0%), Newfoundland years, averaging 19.5. The Maritime Provinces have con- & Labrador (41.6%), Ontario (33.1%) and Nova Scotia sistently higher DDDs per capita than the western (33.1%). In Quebec and Alberta, pantoprazole is the most provinces. Perhaps this can be attributed to lifestyle differ- prescribed, at 47.3% and 31.1%, respectively. Omeprazole Canadian Pharmaceutical Marketing / February 2010 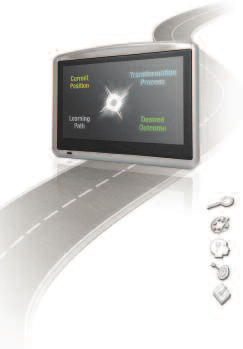 FUTURE DEVELOPMENTS
• Dexlansoprazole (Takeda) is an oral dual Despite the efficacy of PPIs for healing and symptom delayed-release PPI (60 mg) recently approved by relief in gastric acid-related diseases, some patients the FDA for the treatment of heartburn associated continue to experience breakthrough symptoms and with symptomatic non-erosive GERD for four nocturnal acid reflux. Areas that are being investigated weeks and for up to eight weeks in the healing of include the development of agents that have a faster onset of action, improved control of acid secretion and A potential future therapy for gastric acid-related dis- eases is AGN 201904-Z (Allergan), an acid-stable • Zegerid® (Santarus) is an immediate-release prodrug of omeprazole, available as capsules (600 formulation of omeprazole; it does not have an mg) with enteric coating to prolong absorption. CPM
enteric coating to protect it from degradation, butinstead is combined with sodium bicarbonate to 1. Dent J, El-Serag HB, Wallander MA, et al: Epidemiology Of Gastro- • Tenatoprazole (Mitsubishi Pharma), an Oesophageal Reflux Disease: A Systematic Review. Gut 2005; 54(5):710-7.
2. Vakil N: New Pharmacological Agents For The Treatment Of Gastroesophageal imidazopyridine-based PPI with a prolonged Reflux Disease. Rev Gastroenterol Disord 2008; 8(2):117-22.
plasma half life (9.3 hours), is being investigated 3. Wang C, Hunt RH: Medical Management Of Gastroesophageal Reflux Disease.
Gastroenterol Clin North Am. 2008; 37(4):879-99, ix.
as a more stable inhibitor of gastric acid3 4. Cash BD: Update on the Clinical Applications of Proton-Pump Inhibitor cle/576586_print. Accessed June 23, 2009.
5. Takeda Pharmaceuticals North America, FDA Approves KAPIDEX (dexlanso- prazole) Delayed Release Capsules for the Treatment of GERD 2009:www.takeda.com/press/article_32521.html. Accessed June 23, 2009.
Marc Lalande, M.Sc., CTDP
Therapeutic Trends is made available by IMS Health
Canada. IMS Health Canada is a subsidiary of IMS Health Inc., the world's leading provider of market intelligence to the pharmaceutical and healthcare industries in over 100 countries.
IMS offers leading-edge business intelligence products and services that are integral to clients’ day-to-day operations, including portfolio optimization capabilities; launch and brand management solutions; sales force effectiveness innovations; and consulting and services solutions that improve the delivery of quality healthcare worldwide. For more information, please /i\ÊÊx£{ÈÇ{£nx£ÊUÊ>Ý\Ê£nÈÈÓÓxÎÇÎ
Montreal, QC
(514) 428-6000
>>`iJi>À}}«Ã°VÊUÊÜÜÜ°i>À}}«Ã°V Mississauga, ON
(905) 816-5000