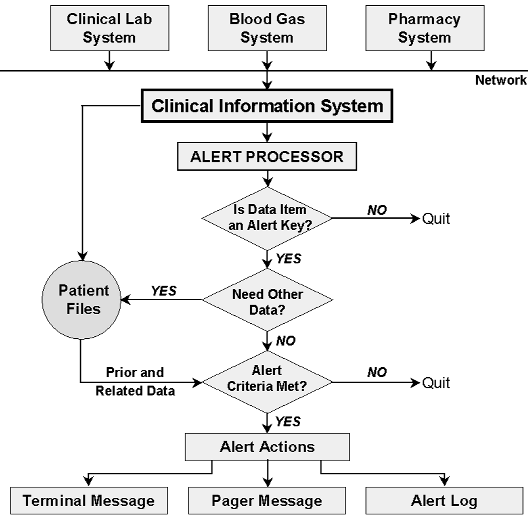 A system analysis of a large series of serious medica- in a controlled trial that computerized physician tion errors (those that either might have or did cause order entry systems resulted in a 55 percent reduction harm)13 identified 16 major types of system failures in serious medication errors. In another time series associated with these errors. Of these system failures, study,22 this group found an 83 percent reduction in all of the top eight could have been addressed by bet- the overall medication error rate, and a 64 percent reduction even with a simple system. Evans et al.23have also demonstrated that clinical decision support Currently, the clinical systems in routine use in can result in major improvements in rates of antibiot- health care in the United States leave a great deal to ic-associated adverse drug events and can decrease be desired. The health care industry spends less on costs. Classen et al.24 have also demonstrated in a information technology than do most other informa- series of studies that nosocomial infection rates can be tion-intensive industries; in part as a result, the dream of system integration been realized in feworganizations. For example, laboratory systems do Another class of clinical decision support is comput- not communicate directly with pharmacy systems.
erized alerting systems, which can notify physicians Even within medication systems, electronic links be- about problems that occur asynchronously. A grow- tween parts of the system—prescribing, dispensing, ing body of evidence suggests that such systems and administering—typically do not exist today.
may decrease error rates and improve therapy, Nonetheless, real and difficult issues are present in thereby improving outcomes, including survival, the the implementation of information technology in length of time patients spend in dangerous condi- health care, and simply writing a large check does tions, hospital length of stay, and costs.25–27 While an not mean that an organization will necessarily get an increasing number of clinical information systems outstanding information system, as many organiza- contain data worthy of generating an alert message, tions have learned to their chagrin.
delivering the message to caregivers in a timely wayhas been problematic. For example, Kuperman et Evaluation is also an important issue. Data on the al.28 documented significant delays in treatment effects of information technology on error and even when critical laboratory results were phoned to adverse event rates are remarkably sparse, and many caregivers. Computer-generated terminal messages, more such studies are needed. Although such evalu- e-mail, and even flashing lights on hospital wards ations are challenging, tools to assess the frequencyof errors and adverse events in a number of domainsare now available.14–19 Errors are much more fre-quent than actual adverse events (for medicationerrors, for example, the ratio in one study6 was100:1). As a result, it is attractive from the sample sizeperspective to track error rates, although it is impor-tant to recognize that errors vary substantially intheir likelihood of causing injury.20 Clinical Decision Support
While many errors can be detected and corrected byuse of human knowledge and inspection, these rep-resent weak error reduction strategies. In 1995, Leapeet al.13 demonstrated that almost half of all medica-tion errors were intimately linked with insufficientinformation about the patient and drug. Similarly,when people are asked to detect errors by inspection,they routinely miss many.21 It has recently been demonstrated that computerizedphysician order entry systems that incorporate clini- Alert detection system. Three major forms of cal decision support can substantially reduce medica- critical event detection occur—critical laboratory alerts, tion error rates as well as improve the quality and effi- physiologic “exception condition” alerts, and medication ciency of medication use. In 1998, Bates et al.20 found 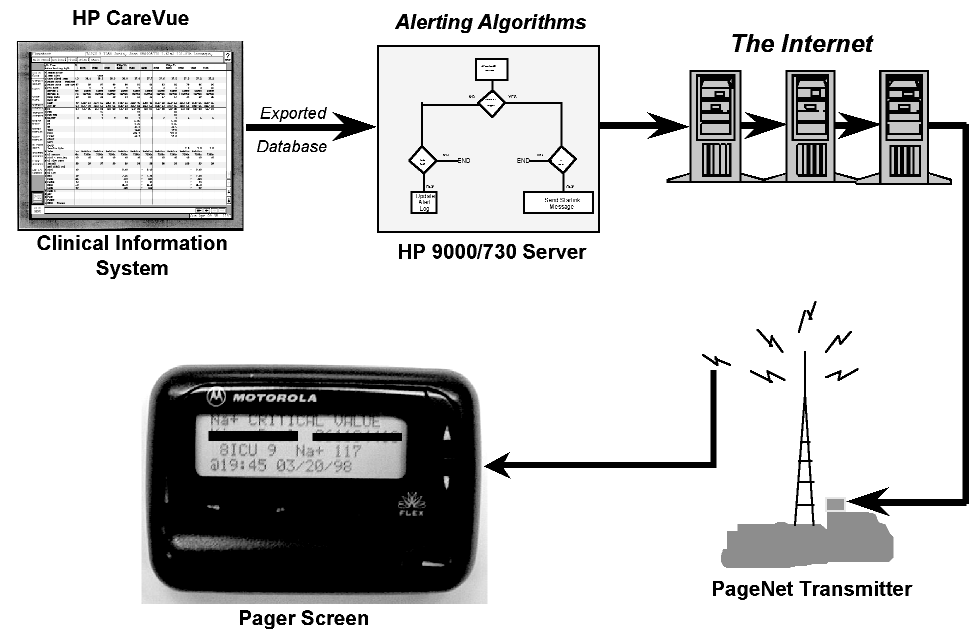