“Enlargement of Self” by
Bertrand Russell
Bertrand Russell, University of St. Andrews About the author. . . . Bertrand Russell (1872-1970) may well be con-
sidered the most influential British philosopher of the twentieth century.
Early in his career, because of his pacifist activities, he was dismissed
from Trinity College, Cambridge. Subsequently, he supported himself by
public lecturing and continued to write in many different fields of philos-
ophy. Russell was awarded the Nobel Prize in Literature “in recognition
of his varied and significant writings in which he champions humanitarian
ideals and freedom of thought.”
About the work. . . . In this short reading selection, Russell concludes
his Problems of Philosophy,1 an early work introducing philosophical in-
quiry. He thoughtfully summarizes many uses of philosophy. The depth
of the thinking evident here will probably only be evident after careful
re-reading. Philosophy is not just another academic subject along side the
others, instead philosophy is the systematic inquiry into the presupposi-
tions of any field of study. Often philosophical wonderings form the his-
torical genesis of those disciplines.
Bertrand Russell. Problems of Philosophy. Oxford: Oxford University Press, 1912.
“Enlargement of Self” by Bertrand Russell From the reading. . .
“. . . as soon as definite knowledge concerning any subject becomespossible, this subject ceases to be called philosophy and becomes aseparate science. ” Ideas of Interest From Russell’s
Problems of Philosophy
1. How would you describe Russell’s practical person? 2. Why not live one’s life as a practical person? 4. What does Russell think is the central value of philosophical inquiry? 5. Characterize the instinctive individual.
7. How does philosophical thinking relate to living and acting in the The Reading Selection from Problems
of Philosophy
[Indirect Values of Philosophy]
Having now come to the end of our brief and very incomplete review ofthe problems of philosophy, it will be well to consider, in conclusion, whatis the value of philosophy and why it ought to be studied. It is the morenecessary to consider this question, in view of the fact that many men,under the influence of science or of practical affairs, are inclined to doubt Reading For Philosophical Inquiry: A Brief Introduction “Enlargement of Self” by Bertrand Russell whether philosophy is anything better than innocent but useless trifling,hair-splitting distinctions, and controversies on matters concerning whichknowledge is impossible.
This view of philosophy appears to result, partly from a wrong conceptionof the ends of life, partly from a wrong conception of the kind of goodswhich philosophy strives to achieve. Physical science, through the mediumof inventions, is useful to innumerable people who are wholly ignorant ofit; thus the study of physical science is to be recommended, not only, orprimarily, because of the effect on the student, but rather because of theeffect on mankind in general. Thus utility does not belong to philosophy.
If the study of philosophy has any value at all for others than students ofphilosophy, it must be only indirectly, through its effects upon the lives ofthose who study it. It is in these effects, therefore, if anywhere, that thevalue of philosophy must be primarily sought.
[The Practical Person]
But further, if we are not to fail in our endeavour to determine the value ofphilosophy, we must first free our minds from the prejudices of what arewrongly called “practical” men. The “practical” man, as this word is oftenused, is one who recognizes only material needs, who realizes that menmust have food for the body, but is oblivious of the necessity of providingfood for the mind. If all men were well off, if poverty and disease hadbeen reduced to their lowest possible point, there would still remain muchto be done to produce a valuable society; and even in the existing worldthe goods of the mind are at least as important as the goods of the body. Itis exclusively among the goods of the mind that the value of philosophy isto be found; and only those who are not indifferent to these goods can bepersuaded that the study of philosophy is not a waste of time.
[Philosophy and Science]
Philosophy, like all other studies, aims primarily at knowledge. The knowl-edge it aims at is the kind of knowledge which gives unity and system tothe body of the sciences, and the kind which results from a critical ex-amination of the grounds of our convictions, prejudices, and beliefs. Butit cannot be maintained that philosophy has had any very great measureof success in its attempts to provide definite answers to its questions. If Reading For Philosophical Inquiry: A Brief Introduction 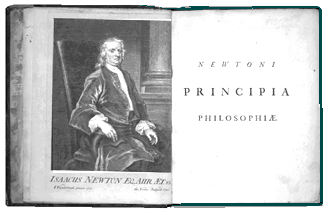 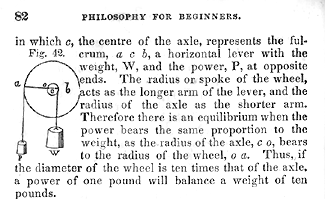