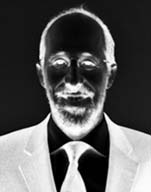 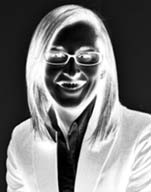 Jonathan Tickner is a Partner at Peters & Peters Solicitors LLP Emma Ruane is an Associate in the commercial litigation specialising in commercial litigation, commercial fraud and department at Peters & Peters Solicitors LLP. Emma trained at competition law damages claims. Jonathan’s work ranges from Peters & Peters, before becoming an Associate in 2010. Emma large complex commercial disputes, the conduct of internal has extensive experience in dealing with competition law investigations and the diversion of business opportunities.
damages claims, and is part of the team assisting Jonathan Jonathan enjoys a long-standing relationship with the Department Tickner in cases brought by the Secretary of State for Health of Health and NHS Protect having acted for the NHS over the past against Les Laboratoires Servier and Reckitt Benckiser plc.
14 years in the largest pharmaceutical competition law cases in Emma’s practice includes competition, civil fraud and high-value the UK. He is currently acting on behalf of the Secretary of State commercial litigation cases. In addition to being a practising for Health and others in cases alleging anti-competitive conduct solicitor, Emma was also called to the New York Bar in 2012.
against Les Laboratoires Servier and Reckitt Benckiser plc in theHigh Court. Jonathan is recommended in The Legal 500, whichdescribed him as “a first-class lawyer”, Chambers & Partners UK,the UK Super Lawyers and in The International Who’s Who ofAsset Recovery Lawyers. He is co-author of Getting the DealThrough: Asset Recovery 2013.
Peters & Peters is one of the UK’s leading firms in civil fraud, commercial litigation, business crime and compliance. Our extensiveexperience includes pharmaceutical competition law damages claims and we are currently instructed on the highest value privatedamages competition claims on-going before the English Courts. Other areas of expertise include corruption, criminal cartels,extradition and government sanctions. Our clients include governments, corporates and individuals, both in the UK andinternationally. We often act on behalf of corporate clients under global investigation, individuals sought by foreign lawenforcement authorities and executives being prosecuted in the UK. Our lawyers are recognised experts, with unrivalledexperience and we have a reputation for client service, creativity and excellence. Previous winner of Niche Firm of The Year atthe Lawyer Awards, we are consistently ranked as amongst the leading firms in our practice areas by Chambers and Partners andThe Legal 500. ‘The Lawyers UK 200 Annual Report 2012’ said that Peters & Peters was an example of “how a litigation boutiqueshould be run” and referred to our “stellar reputation” being the reason that we pick up “some of the standout international casesbeing litigated in London”.