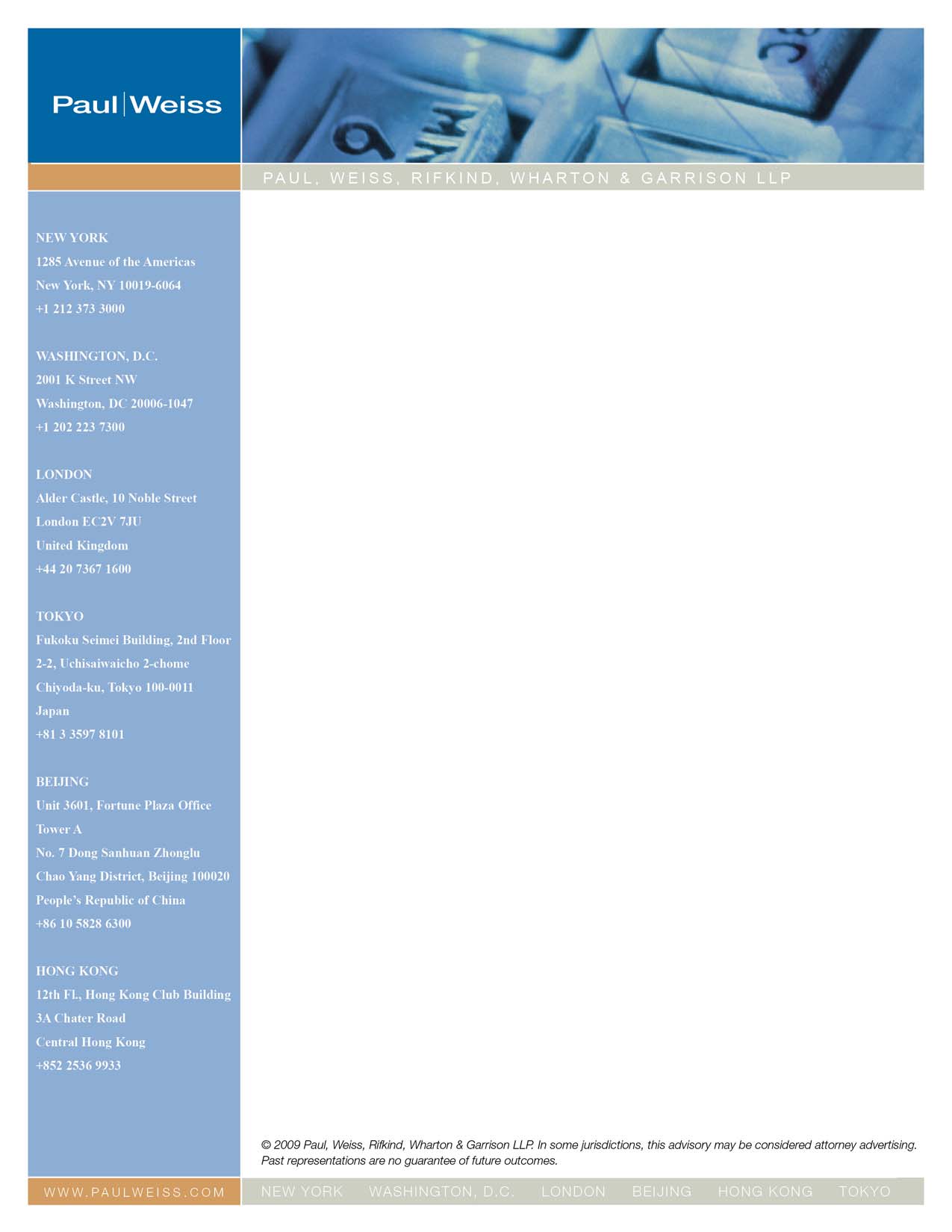 U.S. Supreme Court Rejects FDA
Preemption Of State Laws
On March 4, 2009, the United States Supreme Court ruled that the Food and Drug Administration’s approval of a drug’s label does not shield manufacturers from state product liability lawsuits. In Wyeth v. Levine, --- S.Ct ----, 2009 WL 529172 (Mar. 4, 2009), the Court declined to find that federal law preempted state law absent an express preemption provision such as the one for medical devices in the Medical Device Amendments of 1976. See Riegel v. Medtronic, 128 S.Ct. 999 (2008). The decision clears the way for consumers to sue pharmaceutical manufacturers for liability in state court. The case against Wyeth was brought by Diane Levine, who was administered Wyeth’s anti-nausea drug Phenergan by an IV-push injection. Although Phenergan’s label permits administration by intravenous injection, the label warned about possible complications, including gangrene requiring amputation, and advised that clinicians use “extreme care” when doing such injections. Wyeth, 2009 WL 529172 at * 2 n.1. Ms. Levine developed gangrene, and had her arm amputated. She sued Wyeth under Vermont state law, alleging that Wyeth failed to warn clinicians that there was a higher risk involved with the IV-push method than with the other form of intravenous injection, the IV-drip. Wyeth argued that Ms. Levine’s failure to warn claims were impliedly preempted by federal law because Phenergen’s labeling had been approved by the FDA. Specifically, Wyeth argued that: (1) Wyeth could not have satisfied the state law labeling requirements without violating the FDA’s labeling regulations; and (2) concurrent state and federal liability would frustrate the objectives of the Food, Drug and Cosmetic Act (FDCA), which puts the regulation of labeling and promotion of pharmaceutical products in the hands of an “expert agency.” The trial court rejected these arguments and the Vermont Supreme Court affirmed. In a 6-3 ruling, the Supreme Court upheld the lower courts’ decisions. Addressing Wyeth’s first argument, the Court found that Wyeth failed to demonstrate that strengthening its label to comply with state law requirements would have required it to violate federal law. The Court explained that although the FDA’s pre-market approval of a new drug application includes the approval of the exact text in the proposed label, the FDA’s “changes being affected” (“CBE”) regulation permits a manufacturer to change its label to “add or strengthen a contraindication, warning, precaution, or adverse reaction” or “an instruction about dosage and administration that is intended to increase the safe use of the drug product” by filing a supplemental application with the FDA. The Court found that this regulation permitted Wyeth to unilaterally strengthen its warning to comply with state law. Critically, the Court read the federal 1 21 C.F.R. §§ 314.70(c)(6)(iii)(A),(C) 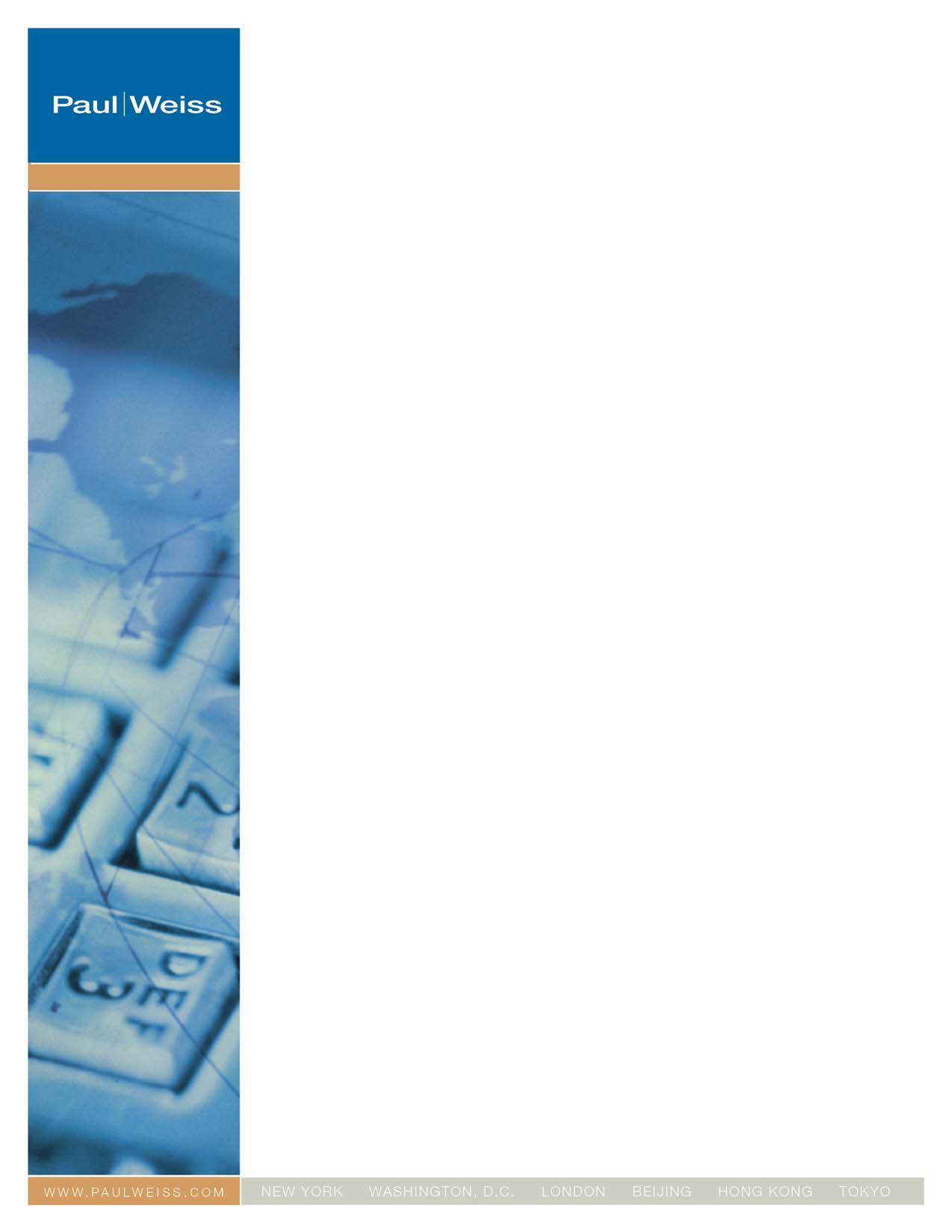 regulations to place responsibility for the content of a drug label squarely on the manufacturer, finding it “a central premise of federal drug regulation.” Wyeth, 2009 WL 529172 at *8. Therefore, Wyeth, the Court reasoned, had a duty to ensure that its warnings remained adequate throughout the life of the drug, and to adequately describe risks as they became apparent to the company. The Court also rejected Wyeth’s argument that requiring it to comply with a state-law duty to provide a stronger warning on its label would obstruct the objectives of the federal drug labeling regulations. Id. at *10. The Court did not agree with Wyeth’s contention that the FDA is the final arbiter of the contents of a drug’s label and that once it approves a label, a state verdict cannot find that label inadequate. The Court, looking at the history of the federal regulations, explained that Congress was well-aware of state law remedies and did not provide a federal legal remedy for consumers harmed by unsafe or ineffective drugs. The Court found that if Congress was concerned that state-law actions posed an obstacle to its objectives, Congress would have enacted an express preemption provision for prescription drugs, precisely as it had done for medical devices. Id. ************************************************************ The Wyeth decision has important implications for pharmaceutical manufacturers. The opinion makes it clear that compliance with FDA regulations will not in and of itself protect drug manufacturers from liability under state law. Critically, it places responsibility for timely changes in labeling warnings on the manufacturer, and not the FDA. The decision will likely lead to increased litigation against pharmaceutical companies in state court, and even closer scrutiny by the government and the courts of pharmaceutical labeling and labeling decisions. The decision is already re-energizing efforts to dismantle the federal regulations that the Supreme Court last year held preempted state law liability against medical devices. See Riegel v. Medtronic, 128 S.Ct. 999 (2008). Just one day after the Wyeth decision was announced, several Democratic lawmakers, including Representatives Frank Pallone and Henry Waxman and Senators Edward Kennedy and Patrick Leahy, introduced legislation, called the Medical Device Safety Act of 2009, that would reverse Riegel and revoke the FDCA’s express preemption provision for medical devices, thereby allowing state liability claims to proceed against medical device manufacturers. This memorandum is not intended to provide legal advice, and no legal or business decision should be based on its content. Questions concerning issues addressed in this memorandum may be addressed to any of the following: