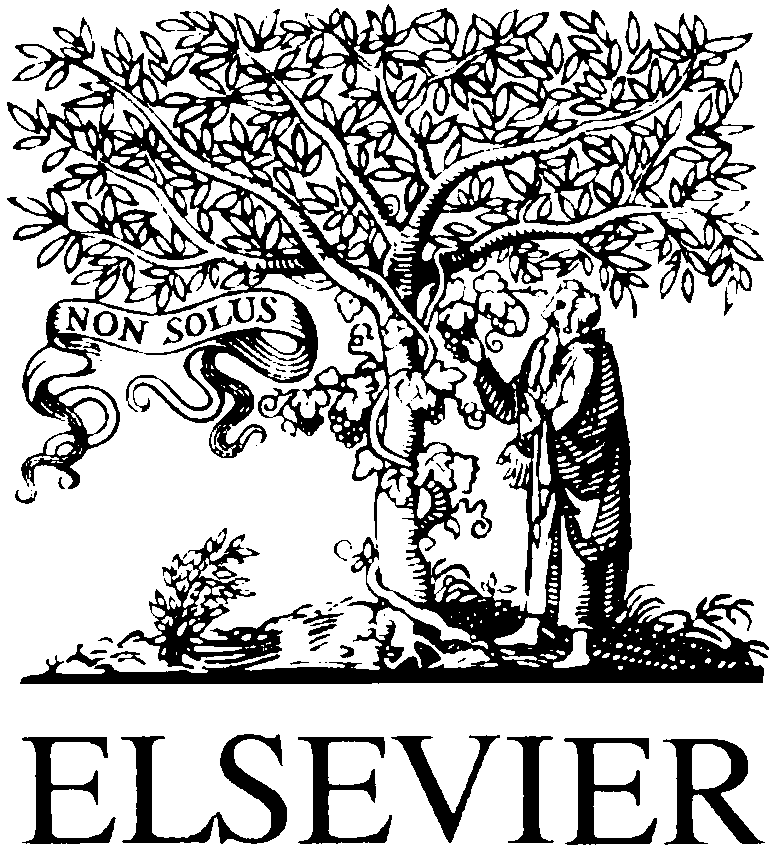 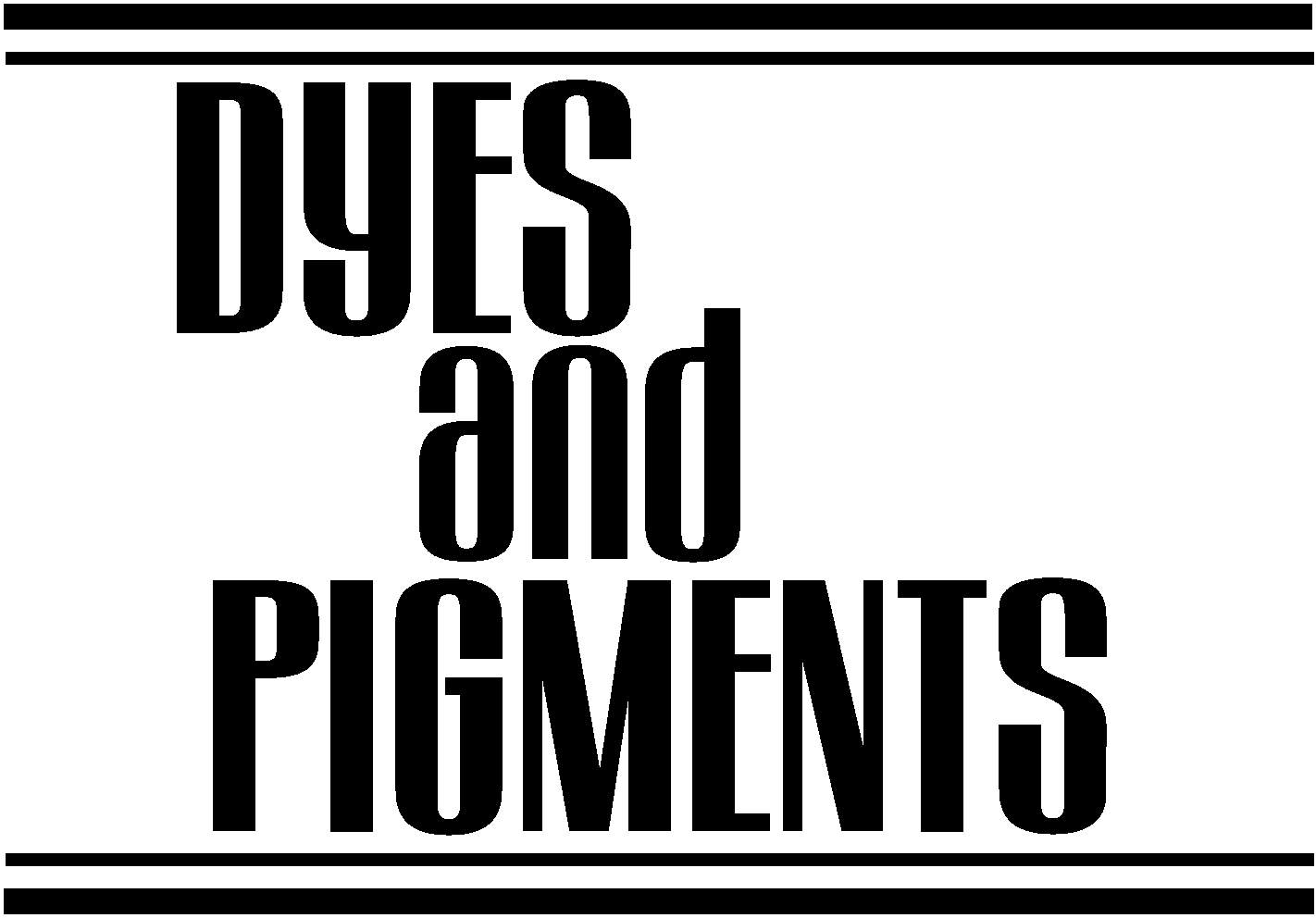 Azacrown indoaniline dye as a sensing molecule in optical sensors for the selective detection of Li+ Sung-Hoon Kim a,*, Jae-Woo Kim a, Jae-Ho Kim b, Kwang-Nak Koh c, aDepartment of Dyeing and Finishing, College of Engineering, Kyungpook National University, Taegu 702-701, South Korea bDepartment of Molecular Science and Technology, Ajou University, Suwon 442-749, South Korea cSensor Technology Research Center, Kyungpook National University, Taegu 702-701, South Korea Received 28 January 2000; received in revised form 18 February 2000; accepted 29 March 2000 The complex formation of azacrown indoaniline (ACIA) dye 9 with Li+ and Na+ was investigated spectro- photometrically. As the polarity of the solvent decreased, the complexation ability increased. ACIA 9 exhibits higher Li+ selectivity than Na+ ion in CH2Cl2±CH3CN. The speci®c spectral response to Li+ ion by ACIA 9 indicates potential suitability for optical sensor applications. # 2000 Published by Elsevier Science Ltd. All rights reserved.
Keywords: Indoaniline dye; Azacrown; Optical sensor; Chromophore; MM2; Solvent polarity ions are well known [3,4] but so far few carriers speci®c for Li+ have been described. The design of Selective ion carriers have been of considerable ionophores for Li+ is a dicult problem owing to interest as tools for the analysis and separation of the fact that lithium ions are smaller than both metal ions as well as for many biological applica- sodium and potassium ions but are strongly tions. Expanding applications in science, medicine, hydrated in aqueous solution [5], and hence few and technology have led to increased interest in lithium ionophores have been synthesized. Exam- ples of selective ligands for lithium ions relative to Lithium salts have been used in the treatment of sodium ion are the macrocyclic crown ethers [6], manic depression and other neurological and psy- cryptands [7], spherands [8] and acyclic diamides chiatric disorders [2]. In light of such applications, [9], which have achieved remarkable binding selec- methodology for the separation and determination tivity. Some tetraaza macrocycles related to por- of Li+ is receiving considerable attention. Iono- phyrins and phthalocyanines [10], acyclic polyethers phores for divalent cations and some alkali metal [11], and jasplakinolide [12], the only known lithium ionophores, have also been synthesized or isolated.
Selective chromogenic reagents, alone or in combi- * Corresponding author. Tel.: +82-53-950-5641; fax: +82- nation with a masking agent, have satisfactorily E-mail address: [email protected] (S.-H. Kim).
been used for the colorimetric determination of 0143-7208/00/$ - see front matter # 2000 Published by Elsevier Science Ltd. All rights reserved. 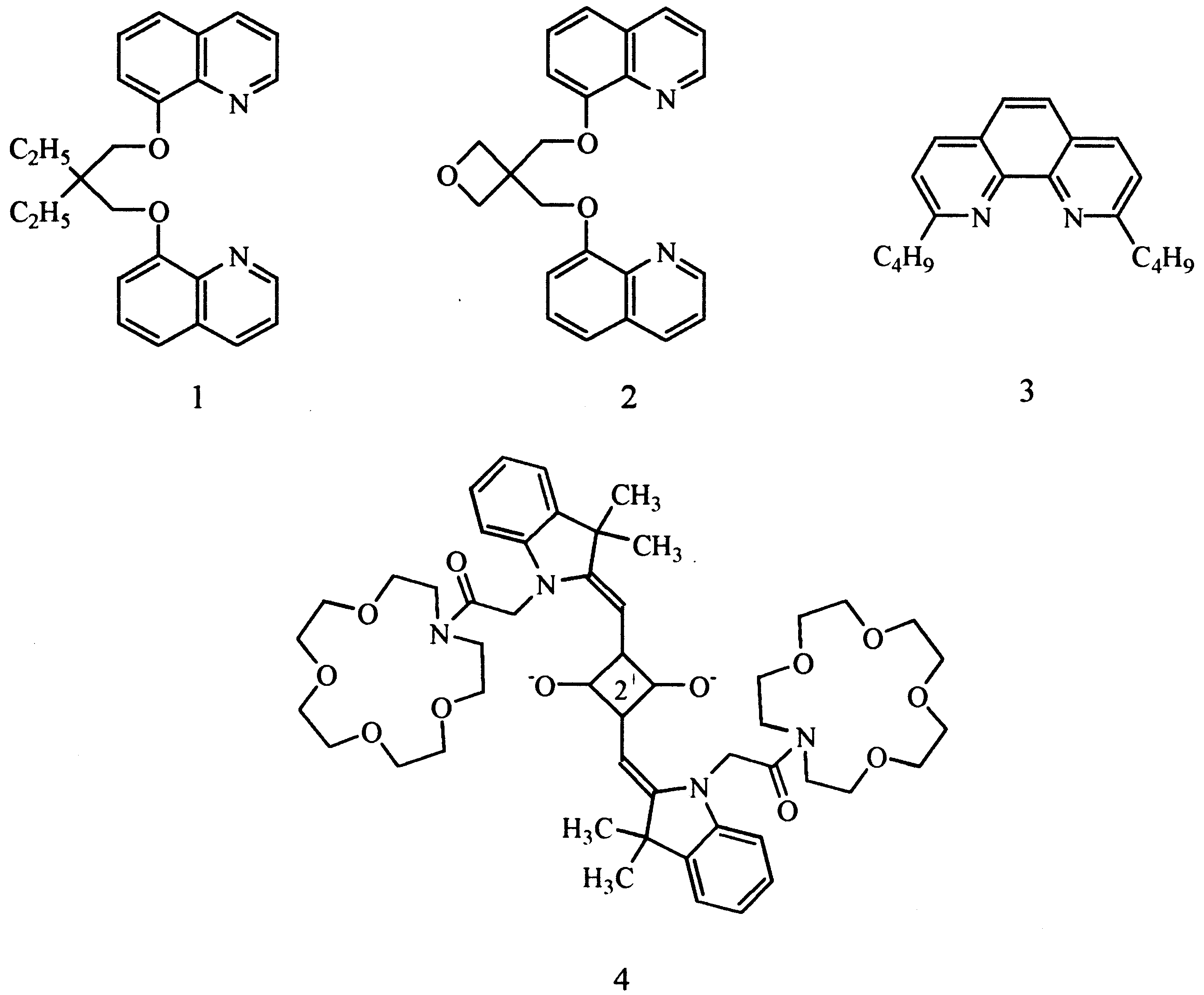 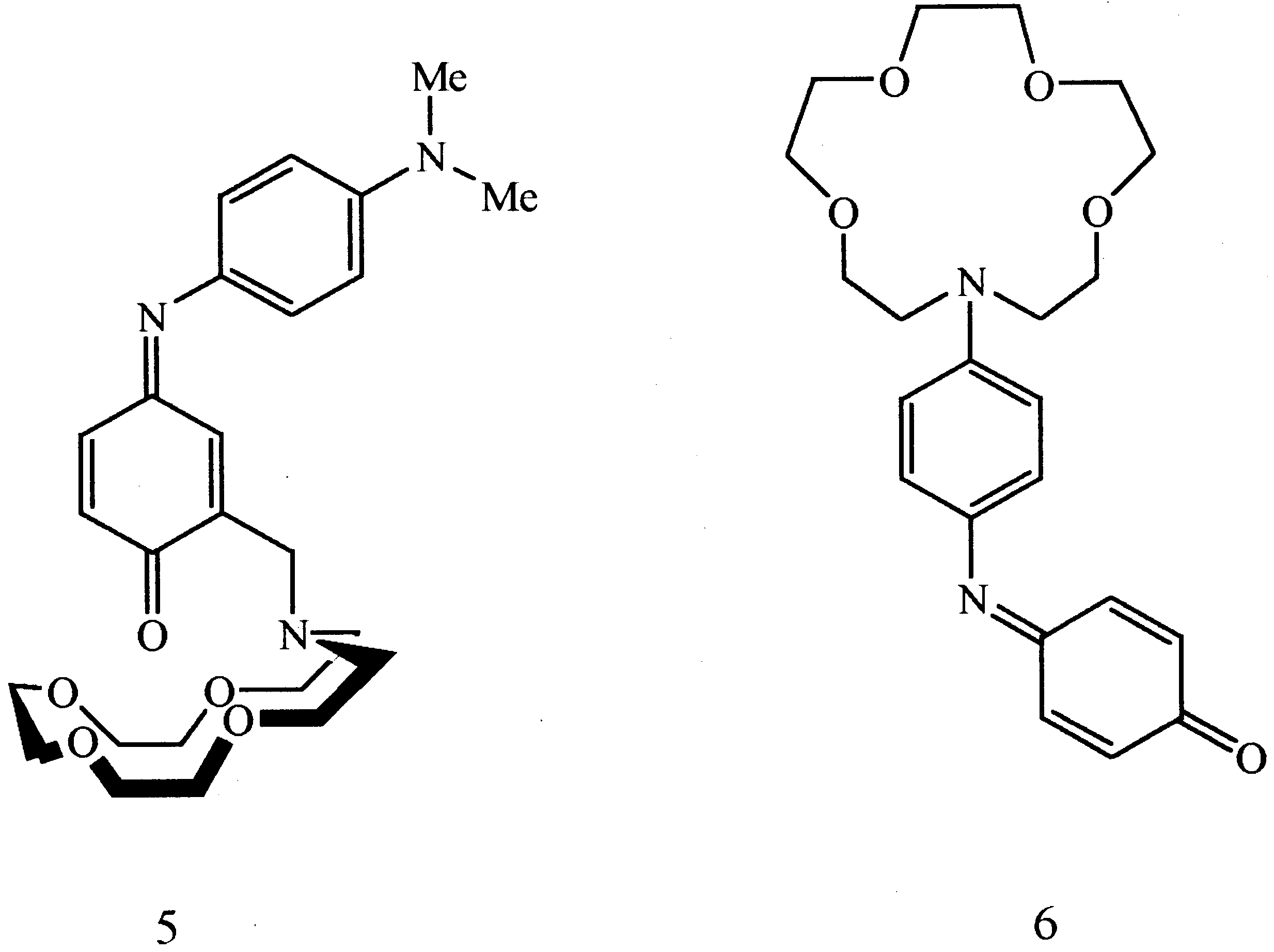 S.-H. Kim et al. / Dyes and Pigments 46 (2000) 49±53 most of the commonly encountered metal ions. On account of its high sensitivity, absorption spec- troscopy is becoming increasingly important for chemical trace detection. Sutherland et al. have reported the use of a chromoionophore in an optical sensor [13]. We are currently working on the synthesis and study of newer derivatives of indoaniline dyes, which can potentially yield a new class of chromophores for the selective and quan- titative detection of metal ions, both for biological and environmental applications. Such indoaniline dyes can be used as fat-soluble dyes. Dyes of this class are not now used for textile coloration, but they are applied in colour photography and also serve as intermediates for sulfur dyes. We have previously reported the synthesis and X-ray struc- Acyclic Li+ ionophores 1±3, which are good tural characterization of ACIA 9 carrying a neutral carriers in Li+-selective electrodes, may monoazacrown moiety [14]. Here we report the also be applied to Li+ ¯uorometry [16,17]. We metal complexation properties of this new ACIA reported that the ¯uorescence emission intensity of the azacrown squarylium dye 4 in CH2Cl2± CH3CN (1:4/v:v) was signi®cantly enhanced by the addition of lithium perchlorate. The presence of calcium ion increased the ¯uorescence slightly, but potassium and sodium had no eect. Chro- All chemicals used were of analytical grade; moionophores are based on the idea that the LiClO4 and NaClO4 were obtained from Aldrich.
selective complexation of a cation by a crown The monoazacrown indoaniline dye 9 was syn- compound can be made visible by a colour eect thesized as previously described [14]. Acetonitrile initiated within the same molecule. This requires a was dried by boiling with CaH2 and distilling chromophore adjacent to the ligand moiety and an before use. The absorption spectra were recorded electronic coupling between the two parts of the on a Shimadazu UV-2100 spectrophotometer.
The absorption spectra were recorded immedi- Complexation can induce either a red (bath- ately after preparation of the solutions. To the dye ochromic) and blue (hypsochromic) wavelength solutions were added dierent amounts of stock shift, as illustrated the pair of quinonimine ligands, a type of phenol blue, 5 and 6 [18].
Geometry optimization for the binding structure of dye 9 . M+ was carried out by using MM2 (molecular dynamics) by the Chem 3D system ¯uorophore in the vicinity of the metal ion binding site complexes a metal ion, the chromophore may be perturbed resulting in signi®cant changes in the absorption or emission spectra [15].

S.-H. Kim et al. / Dyes and Pigments 46 (2000) 49±53 mine and aniline moieties associated with a decrease in coplanarity. In order to determine the dihedral angle between quinonimine and aniline moiety, MM2 was performed. Geometry opti- mization was carried out both before and after the Fig. 1. Molecular construction of a chromoionophore.
Li+ interaction with azacrown ring of ACIA dye 9. The optimization resulted in values of dihedral Dye 5 displays strong bathochromic eects and angle of 36.5 and 40 in the absence and presence at the same time strong hyperchromicity with ions of Li+, respectively. X-ray results showed that the of high charge density (Li+ and divalent alkaline ACIA dye 9 is non-planar, with a dihedral angle of earth metal ions), which can be used spectro- 36.53. The addition of Li+ induced an increase in photometrically. On the other hand, dye 6 gives the dihedral angle between quinonimine ring and the reverse case which involves destabilization of aniline ring. From these results it was deduced the excited state due to electrostatic repulsion that the hypochromic eect of added Li+ may between a guest cation and the positively charged be due to the increased dihedral angle between sensor atom of the amino-nitrogen. The absorp- quinone imine and aniline ring. Similar spectral tion properties of ACIA 9 with Li+ is here studied changes were observed for ACIA dye 9 on the in CH2Cl2±CH3CN. ACIA dye 9 was synthesized addition of Li+ in CH2Cl2±CH3CN (1:4/v:v) (Fig.
by condensing 10-(4H-nitrosophenyl)-1,4,7-trioxa- 2b). It was found that complexation between 10-azacyclododecane 7 with a-naphthol 8 in alka- ACIA dye 9 and Li+ was in¯uenced by the polar- line solution by air oxidation (Scheme 1).
ity of the solvent. The same complex with Li+ is Fig. 2 shows the spectral changes induced by adding Li+ to ACIA dye 9 in CH2Cl2±CH3CN (CH2Cl2:CH3CN/4:1/v:v) than in a polar solvent (4:1/v:v); as the Li+ concentration increases, the (CH2Cl2:CH3CN/1:4/v:v) (Fig. 2). As is already absorbance decreases and the colour changes from known, the type of solvent used determines the blue to pale purple (hypsochromic shift).
conformation of the crown ether ring [19]. We ACIA dye 9 has electron donor (aniline moiety) considered that in a polar medium, the oxygen and acceptor (quinone imine moiety) sites within atoms of the azacrown will point outwards, thus the molecule so that charge transfer from the creating a lipophilic hydrocarbon core (Fig. 3a).
donor to acceptor according to electronic excita- The interior of the crown ether can thus be com- tion gives rise to their strong visible light absorp- pared with a droplet of oil in water. In a non-polar tion. The interaction of metal ions with the dye molecule inhibits this charge transfer and leads to formationally, the oxygen atoms will be forced a hypsochromic shift of the charge transfer band.
inwards, with the hydrophobic CH2 groups being The decrease in absorbance can be explained by a turned outward. The interior now behaves as a reduced overlap of p-orbitals between quinoni- 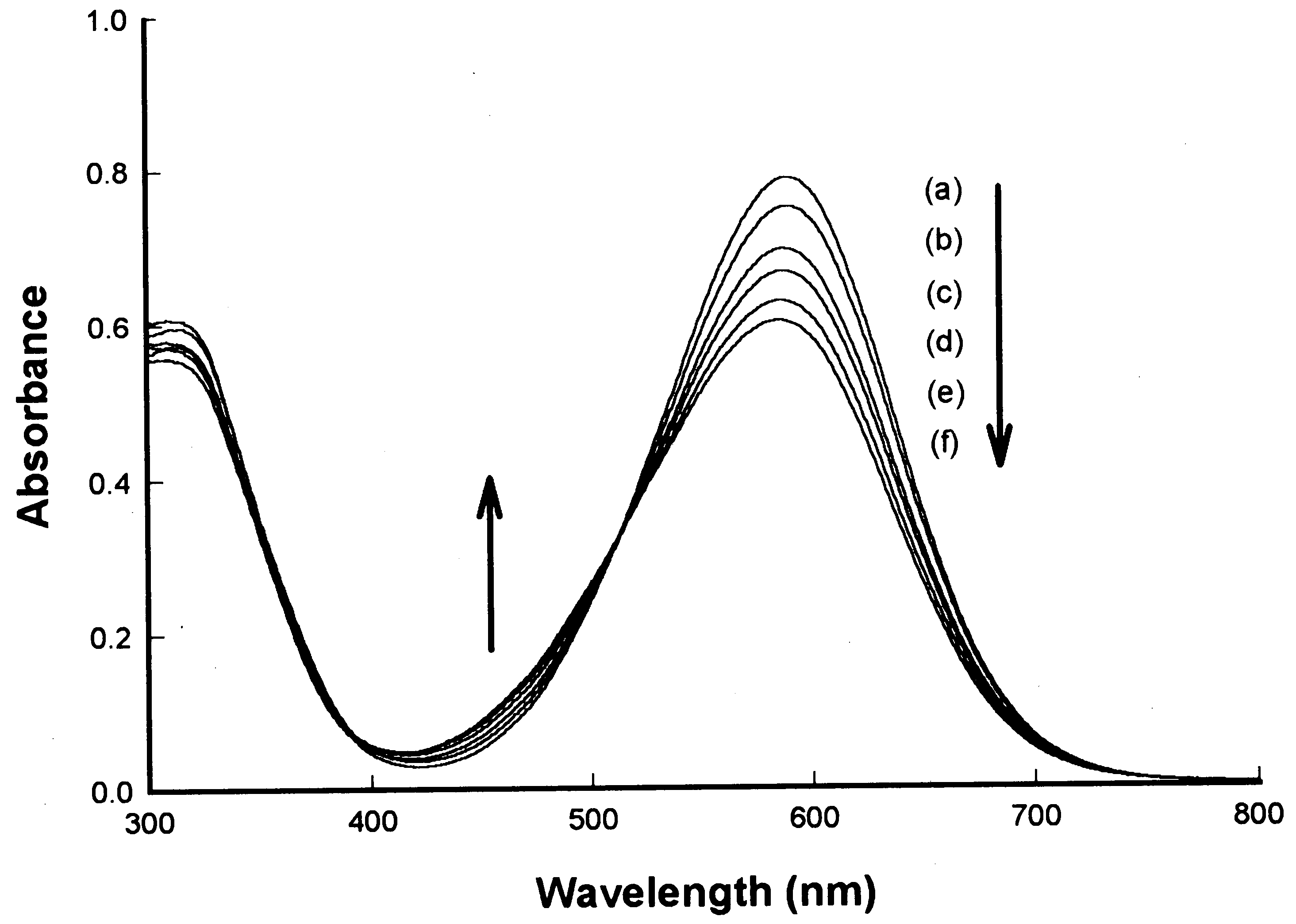 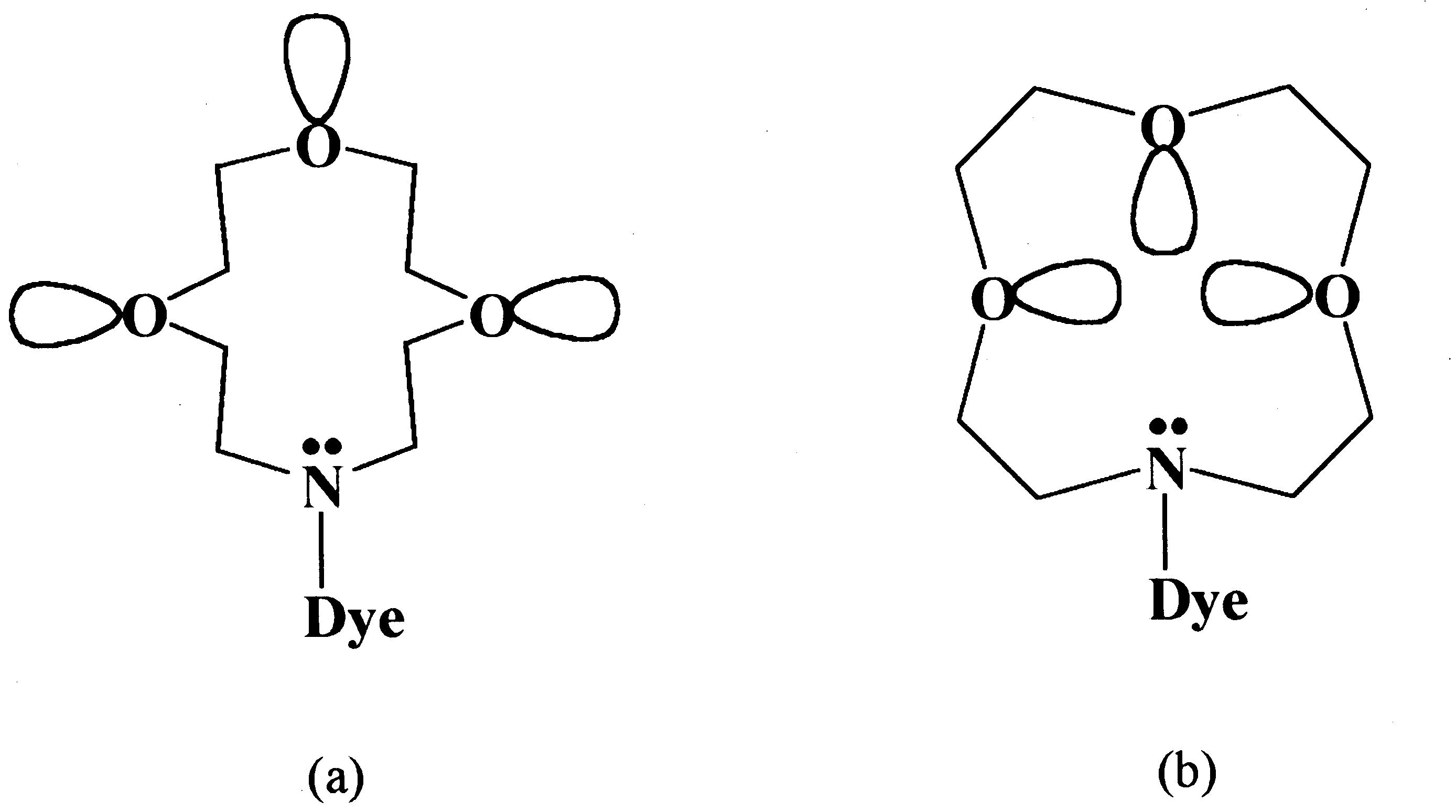 S.-H. Kim et al. / Dyes and Pigments 46 (2000) 49±53 Fig. 2. Eect of Li+ concentration on the absorption of spectra of ACIA dye 9 (5Â10À5 M): [Li+] (a) 0, (b) 5Â10À4 M, (c) 5Â10À3 M, Fig. 3. Conceivable conformation of azacrown ring: (a) in polar medium; (b) in non-polar medium.
In this case, polar electron rich cavity be cor- Fig. 4. Eect of Na+ concentration on the absorption spectra porated, i.e. coordinated. It becomes apparent of ACIA dye 9 (5Â10À5 M) in CH2Cl2:CH3CN (4:1/v:v): [Na+] (a) 0, (b) 5Â10À4 M, (c) 1.5Â10À3 M, (d) 2.5Â10À3 M, (e) why the type of solvent will in¯uence the ability of the azacrown to complex with Li+. Fig. 4 shows typical absorption spectra for the determination clude that selectivity for Li+ ion is relatively high.
of Na+ ion based on ACIA dye 9, where the Whereas dyes 5 and 6 are characterized by a absorbance values decreased only slightly with response to many kinds of metal ions such as increasing concentration of Na+ in the sample solution (CH2Cl2:CH3CN/4:1/v:v). The changes in dye 9 responds more selectively to Li+. The ionic the absorption spectrum induced by added Na+ diameter of Li+ ion matches well with the cavity are not so signi®cant as those by Li+.
In Fig. 5, the absorbance at 589 nm (lmax of Fig. 6 shows the optimized geometry of complex ACIA dye 9) was plotted against metal ion con- of ACIA dye 9 with Li+ and Na+ using the MM2 centration. Of the two metal ion tested, Li+ method. On the basis of the comparison of the showed the largest spectral changes, with the several dominant low-energy structures, a possible spectrum of ACIA dye 9 scarcely changed by the recognition mode is shown in Fig. 6. The complex addition of Na+. From these results, we can con- 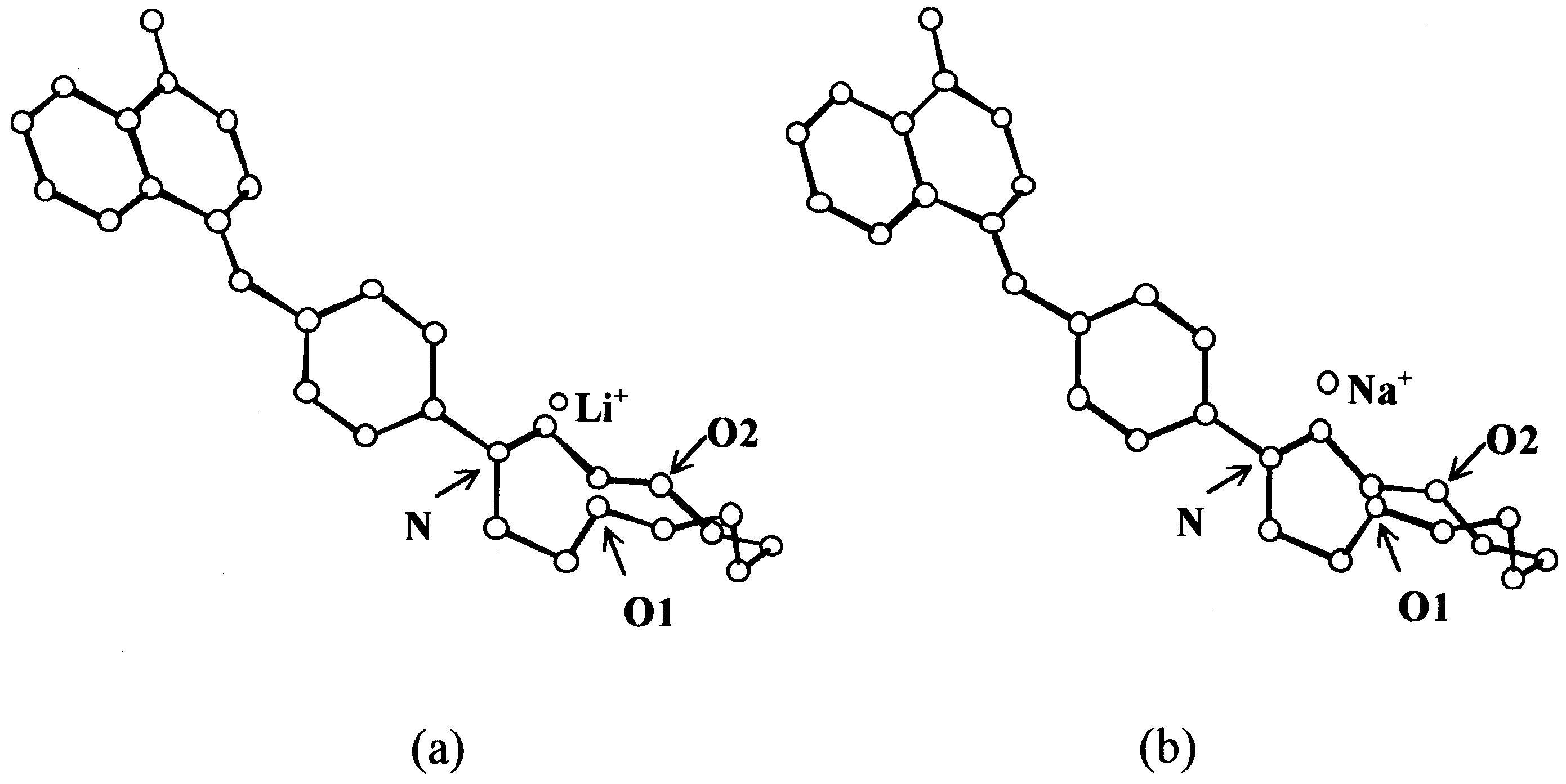 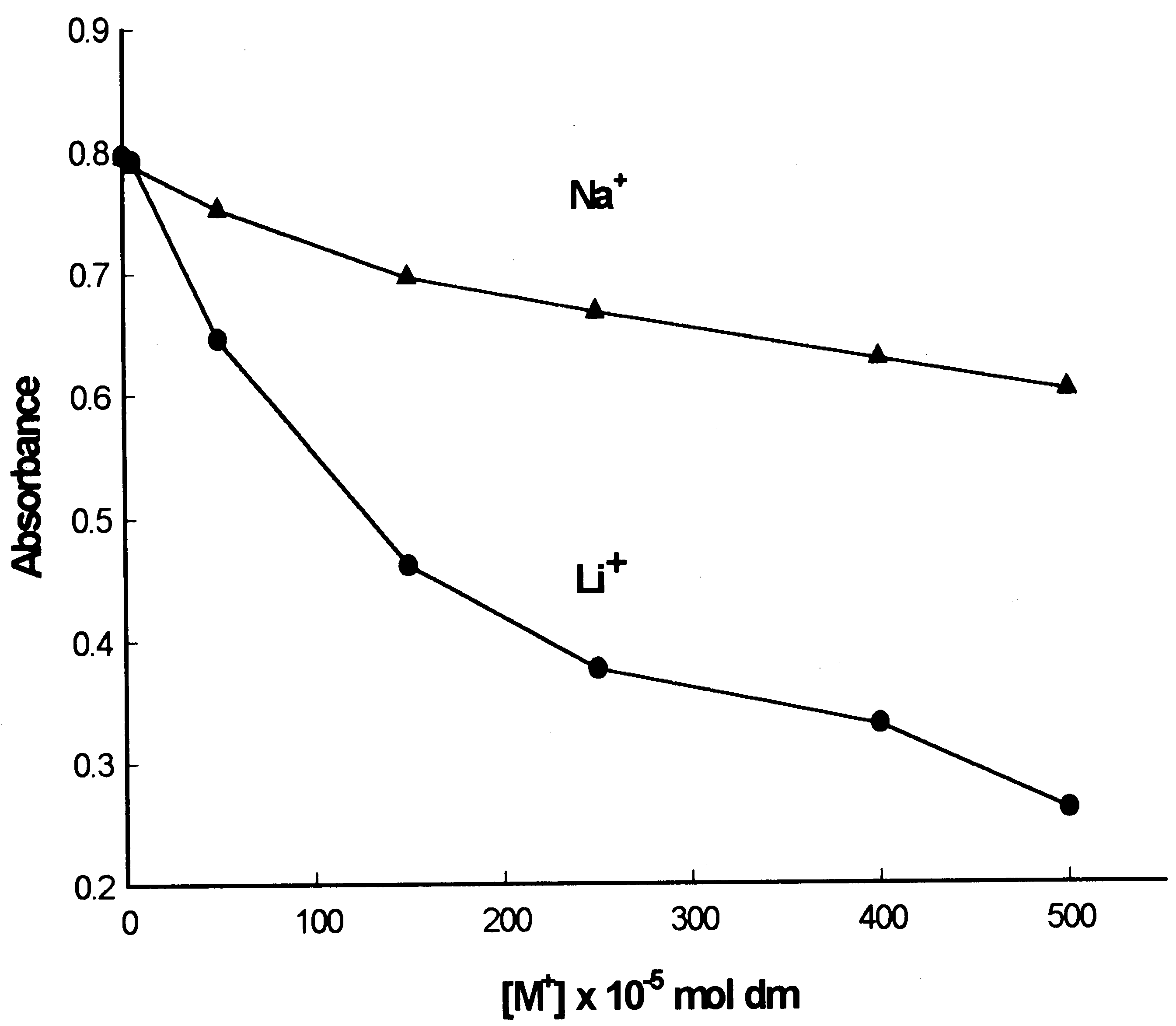 drug conjugates and the drugs which may be present in the urinesample, for binding to antibodies. In the test procedure, a sample ofurine is placed in the Sample well of the device and is allowed tomigrate upward. If the drug is present in the urine sample, itcompetes with the drug conjugate bound to the dye, for the limitedantibodies immobilized on the membrane. If the level of drug ordrug metab