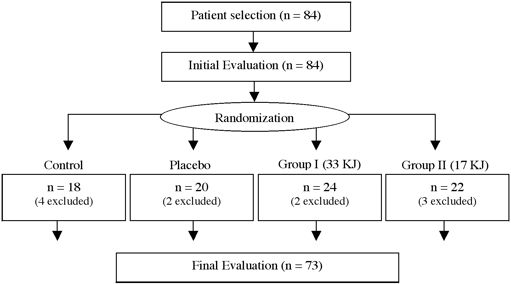 Figure 1: Diagram block-type delineating the proposed study.
trol. For knee flexion, there were statisti- world’s adult population over the age of is augmenting as the population ages.
Among all of the joints, the knee is usu- and control groups. Significant therapeu- covered, however, it is frequently associ- alleviate pain, improve function, prevent INTRODUCTION
disease’s progression.4,13 Many interven- in the progressive loss of joint cartilage associated with sclerosis of the subchon- therapy that use specific techniques such dral bone, which, in many cases, leads to phytes. In addition to joint alterations, cal therapy, electromagnetic radiation is restricted movement of the affected site, Vol. 8, No. 3, 2008 • The Journal of Applied Research * statistically significant difference in relation to the control group (p < 0.05)** statistically significant difference in relation to the c Figure 2: Comparison between the (F-I)/I indexes obtained from the Lequesne Questionnaire in mine if there is any difference in efficacy emphasizing the effects of incrementalcellular tropism.6,7 Patients
tion are: to increase local cell activity, rin and collagen deposits, and aid in tis- greater quantity.4,9,17,22 These conflicting patients in the control group (60 years ± (63 year ± 09); and 22 patients in group trolled study aims to evaluate the effects The Journal of Applied Research • Vol. 8, No. 3, 2008

** statistically significant difference in relation to the control and placebo group (p < 0.05) Figure 3: Comparison between the (F-I)/I indexes obtained by the Lysholm scale in the 4 studied the age of 40 years, having a diagnosis of viously established, and patient selection were going to participate in the study.
groups and were randomly distributed.
The same “blind examiner” was respon- associated diseases of the locomotivesystem such as fibromyalgia; traumatic Intervention
lesions of the meniscus and/or ligaments; pacemakers; or a history of tumors. 4,13,17 applicationS of PSW per week for 3months, totaling 9 sessions. The instru- Procedures
Vol. 8, No. 3, 2008 • The Journal of Applied Research Table 1: Characterization of the 4 studied groups Evaluations
a pulse frequency (f) of 145 Hz in order knee was kept in a semi flexion at 20º.
application, totaling 17 KJ of energy. To and 4 questions about daily activities.
calculate these energy values, the follow- The Journal of Applied Research • Vol. 8, No. 3, 2008 Table 2: Results of the mean ± standard deviation and median of the (F-I)/I index of the tic result. On the other hand, the final, evaluation divided by the initial evalua- represent a worse therapeutic result.
Statistical analysis
results of means, ± standard deviations, software package GraphPad Instant wasused to process the values obtained Lequesne Algofunctional Questionnaire
In the analysis of this questionnaire, the ± 0.2 (0.06); placebo group -0.08 ± 0.27 (-0.12); group I -0.31 ± 0.13 (-0.31) and test for parametric samples was used.
group II -0.27 ± 0.37 (-0.33), with a sig- Kruskal-Wallis test and non paired t-test group (p < 0.05), group I (p < 0.0001) for non-parametric samples were used.
and group II (p < 0.001) when compared to the control group. A significant differ- Lysholm Scale
In the analysis of this scale, the obtained values were: control group 0.02 ± 0.27 (- the final evaluations due to lack of regu- 0.04); placebo group 0.28 ± 0.55 (0.21); larity, and were automatically excluded.
group I of 0.64 ± 0.57 (0.51); and group II of 0.76 ± 0.86 (0.52), with a significant difference between group I (p < 0.0001) and group II (p < 0.001) when compared to the control group. Significant differ- (p < 0.05) and II (p < 0.05) when com- pared to the placebo group (Figure 3).
Knee flexion
Vol. 8, No. 3, 2008 • The Journal of Applied Research