Purpose: The use of the endoscopic techniques in plastic surgery has been a significant turn
around of the traditional techniques. However, the combination of the laser with Method: Between January 1996 and January2003, 42 patients have been treated for
removal of benign tumor. 18 males and 24 females. Their age ranged from 5 to 64 years. The laser that we are using is Surgilase 150XJ CO2 laser system in connection with the flexible FIBERLASE (Sha rplan, NJ, USA). Our endoscopy instrumentation is a 4 mm 30 angle endoscope (Snoden Pancer, USA). The dissection can be performed through a video dissection. The basic instrumentation consists of elevators, nerve hook, retractor and endoscopic scissors. Suction of the smoke cause by laser evaporization should also be prepared. Result: After laser in conjunction with endoscopic surgery for the patients in each group,
the follow- up period ranged from 6 months to 2 years and 6months with average of one year and 7 months. In our retrospective review, the early complications of these 42 patients are scalp alopecia, scar alopecia, numbness, ecchyrnosis. There is no hematoma case happened in each group. In the evaluation of the final results, Conclusion: Pulse CO2 laser in conjunction with endoscopic surgery enable plastic surgeon to
work at a distance through small incisions without bleeding. Visible scares are reduced and recovery time is diminished. Key Word: endoscopy, laser, forehead, soft masses
INTRODUCTION

The use of the endoscopic techniques in plastic surgery has been a significant turnaround of the traditional techniques1-3. Such as the treatment of carpal tunnel syndrome4,5, face- lift6, placement of tissue expander, breast augmentation, abdominoplasty, and removal of benign tumor. Endoscopic corrugator/procerus laser ablation using the Nd: YAG contact laser has been reported by Liang in 19927. However, the combination of the laser with laser surgery has been very slow. We have been using the Nd: YAG laser with endoscope to treat the carpal tunnel syndrome. In addition, we have been used SurgiPulse CO2 laser combined with endoscope for breast augmentation. The major advantage of this technique is less bleeding. For the introduction of this technique at forehead surgery. I would like to focus on the MATERIAL AND METHODS

Patients
Between January 1996 and January 2003, 42 patients have been treated for removal of benign tumor. Eighteen males and 24 females. Their age ranged from 5 to 64 years with an average of 23 years and 2 months. After laser in conjunction with endoscpic surgery for the patients, the follow-up period ranged from 6 months to 2 years and 6 months with an average of one Instruments
The laser that we are using is Surgilase 150XJ CO2 laser system with SurgiPulse. In connection with the flexible FIBERLASER, made of ceramic and metal with a complex waveguide, is available up to 1 meter long. Our endoscopy instrumentation is made by Snoden Pancer Endoscopy, a 4 mm 30 angle endoscope. The dissection can be performed through a video dissection. The basic instrumentation consists of elevators, nerve hook, retractor, and endoscopic scissors. Suction of the smoke cause by laser evaporization should also be Surgical Technique
The surgical technique should cover the procedures of markings, anesthesia, creation of visualization pocket, periosteal release, tumor removal, wound closure, and dressing. Marking for incision and identifying the supraorbial, supratrochlear neurovascular bundle, and frontal branch of facial nerve. For the nerve block, 1% xylocaine with 1: 100,000 epinephrine. For the pediatric patients, general anesthesia is indicated. The dissection is done under direct endoscopic view in the subperiosteal plane. A visualization pocket is created for the instrument manipulation. The pocket is created by subgaleal, above deep temporal fascia, and subperiosteal dissection. Transection of periosteum can be done by using Surgilase CO2 laser with the power of 8 watts total energy of 250 mj followed by benign tumor removal. All the specimens were send to the Department of Pathology, Chang Gung Memorial Hospital, for pathological examination. In some cases, muscular dissection for reaching the sot tissue mass is necessary. The ablation of the muscle groups after identifying the neurovascular bundle by nerve hook is indicated for prevention of the complications. The wound closure can be done primarily after removal of the benign tumor. Then the wound was In our retrospective review, the pathological finding demonstrated 30 patients with lipomas, 10 patients with inclusion cysts, and 2 patients with dermoid cysts. Excellent results can be achieved (Fig. A, B, C). The early complications of these 42 patients are listed in Table 1. There is no hematoma case happened. However, the high incidence of early complications of forehead numbness may be due to extensive dissection of the pocket with the results of soft tissue swelling at forehead area. Most of these early complicatuion have been resolved in our conservative management. In the evaluation of the final results, scar alopecia can be noted (Table 1). In some critical area such as supraorbital region, we should pay attention to asymmetry of eyebrow when the tumors are located at brow areas. DISCUSSION

From an aesthetical point of view, the forehead is the structure that has been more amenable to endoscopic approach in the face for removal of benign tumor. Identify the supratrochlear, supraorbital neurovascular bundle and frontal branch of the facial nerve for avoidance of injury that causes numbness and/or bleeding are important10. Therefore, the indications for this combined technique are the same as for the endoscopic forehead surgery, and the same difficulties also arise in these group of patients using the endoscopic approach. Advantages of the endoscopic surgery includes: decreased scarring, less numbness, acceptability, less bleeding, less edema. The main advantage of the endoscopic surgery at forehead area is the minimization of scars. This is particularly true for the scalp. In our series, the less scar on patients behind hairline is more acceptable. In addition, there are no significant incision s on the forehead, there is less bleeding. However, the potential complication of bleeding can be eliminated by using the laser combined with endoscpic surgery for dissection of tumor or The laser that we are using is Surgilase 150XJ CO2 laser system. In connection with the flexible FIBERLASE, made of ceramic and metal with a complex waveguide, is available up to 1 meter long. As we know, all CO2 lasers suffer the loss of CO2 partial pressure during the discharge process due to energetic electron collisions causing CO2 disassociation. In this particular Freespace Direct Current (D.C.) laser system of Surgilase, glass is the most inert material available for laser construction and lends itself well to D.C. laser design. Gold as a discharge driven catalyst has allowed a huge leap in performance. At all energy levels, the width of an individual pulse will never exceed 600 µS which is within the limits of the thermal relaxation time of tissue, and as the programed energy level is changed the width of each pulse The FIBERLASER has the property of reshaping the beam profile of the original Gaussian beam to minimize the beam skirts on tissue. This special design results lower energy pulses to be effective in char free tissue removal, and achieves in difficult areas to reach. In some patients, it is significantly difficult to elevate the forehead reliably for endoscopic approach. This is because of the tight or thick skin in the forehead and the significant bony attachment s of the frontal/periorbital soft tissues. In these group of patients, the endoscopic approach will probably not work unless an extended subperiosteal release is made. Like other new procedure there is a learning curve that must be followed to achieve the optimal technical expertise, which will yield the best results. This require new training. Completely new instrumentation is required. In addition, it is necessary to determine the limitation of this technique and when to combine the endoscopic technique with laser surgery. CONCLUSION

SurgiPulse CO2 laser in conjunction with endoscopic surgery enable plastic surgeon to work at a distance through small incisions without bleeding. Visible scares are reduced and recovery time is diminished. Limitations for the tight skin and forehead irregularity are still existed. Comparison of different lasers and parameters for expanding to what we can do should be our REFERENCES 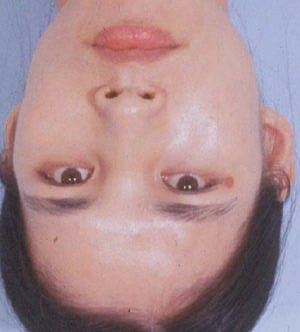 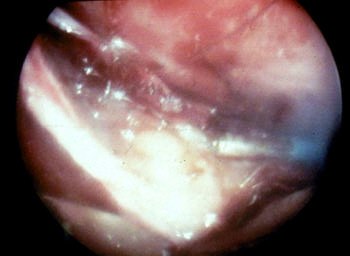 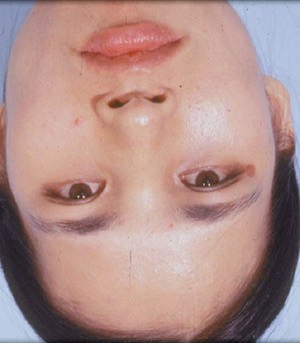 Valley Bible Church – Sermon Transcript The Cleansing of the Temple John 2:14-17 On June 23, 2003, the NPR radio show "fresh air with Terry Gross" interviewed Dr. Samuel Barondes the author of a new book, Better than Prozac: Creating the Next Generation of Psychiatric Drugs. The book traces the history and analyzes the effectiveness of the current crop of antidepressants