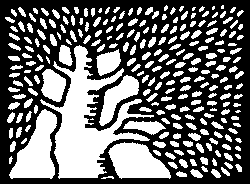 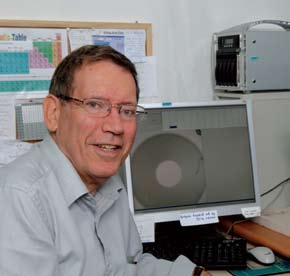 Understanding alzheimer’s
One in 10 Americans over the age of 65 has a better view of a lock so you can design a
Alzheimer’s disease, a debilitating neurolog- key that would fit inside it.”
ical disorder that slowly destroys memory Much of Prof. Sussman’s research focuses
and cognitive function and for which there on a brain enzyme called acetylcholin-
is no cure. According to the National Insti- esterase (AChE) that is thought to play a
tutes of Health (NIH), because the risk of crucial role in Alzheimer’s disease. Memory
developing the disease increases with age loss and other cognitive deficits in Alzhei-
and more people are living longer, the num- mer’s patients result from the deteriora-
ber of people suffering from Alzheimer’s is tion of brain cells that release a substance
likely to grow dramatically over the next called acetylcholine—a neurotransmitter
few decades. Despite years of research by that carries messages between brain cells.
Memory loss and other cognitive
deficits in Alzheimer’s patients result
tion of AChE, the enzyme that breaks down acetylcholine in the from the deterioration of brain cells
that release a substance called
acetylcholine—a neurotransmitter that
carries messages between brain cells.
scientists all over the world, Alzheimer’s is Prof. Sussman and his colleagues were still poorly understood.
the first to determine the 3D structure of Prof. Joel Sussman of the Weizmann Insti- AChE. Their research in the early 1990s tute of Science’s Department of Structural showed that AChE has a very deep chasm Biology, who studies nervous system pro- known as the “aromatic gorge,” where teins involved in Alzheimer’s disease and acetylcholine is broken down. “What we other neurological disorders, is working to found was totally unexpected,” says Prof. change that. For more than 20 years, he Sussman, “and it gave us great insight and Prof. Israel Silman of the Department into thinking of ways to slow this enzyme of Neurobiology have been studying the down.”three-dimensional (3D) structures of these Since then, they’ve determined the 3D proteins in order to better understand how structure of several FDA-approved drugs they function in biological processes. This used to treat Alzheimer’s, including donep-research also helps them develop ideas for ezil (Aricept®), rivastigmine (Exelon®), and improving existing Alzheimer’s drugs, as galanthamine (Razadyne®, formerly known well as designing new ones that are more as Reminyl®). These studies revealed the effective and have fewer side effects. Prof. exact nature of the interaction between Sussman compares the process to “getting these compounds and AChE. All the com- 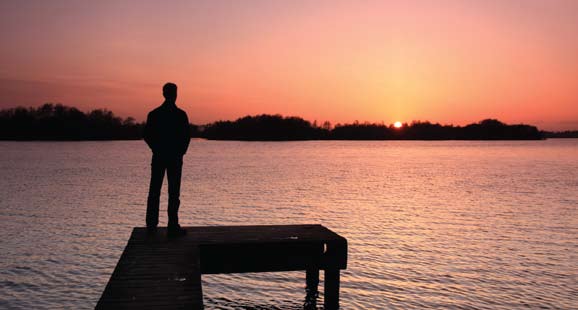 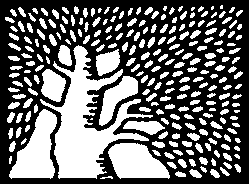 Studying the 3D
structure of proteins
involved in neuro-
logical disorders
helps Prof. Sussman
develop ideas for
pounds work by inhibiting AChE activity its director. Scientists at the ISPC have improving existing
in order to restore acetylcholine levels. revealed the structures of more than 50 Alzheimer’s drugs,
They don’t cure Alzheimer’s disease, but proteins, investigated drug-protein interac-
as well as designing
they can help counteract memory loss and tions, and designed new proteins with novel new ones—a process
prevent symptoms from becoming worse functions. The ISPC has already earned an he compares to
international reputation for its high-quality Prof. Sussman also unraveled the 3D research and is widely regarded as a model “getting a better
structure of huperzine A, an extract from facility, frequently visited by scientists from view of a lock so
a Chinese herb used for centuries to treat other institutions who wish to establish you can design a
memory disorders. Collaborating with sci- their own structural proteomics laborato- key that would fit
entists at the Mayo Clinic in Jacksonville ries. “When you can see the molecules inside it.”
and at Georgetown University, his team you are studying at atomic resolution,” found that although huperzine A differed Prof. Sussman says, “it gives you enormous in chemical structure from the FDA- insight into so many biological questions.”approved Alzheimer’s drugs, it worked in the same way—by blocking AChE activity. Prof. Joel Sussman’s research is supported by the “As far as we know, this is the first exam- Jean and Jula Goldwurm Memorial Foundation; ple anywhere of taking a traditional herbal the S. & J. Lurje Memorial Foundation; the Nalvyco medicine from China and seeing how it Trust; Harold Chefitz, Livingston, NJ; Yossie functions [on the molecular level],” says Hollander, Israel; Nicolas and Elsa Neuman, Mexico; Prof. Sussman. Dr. Ze’ev Rav-Noy, Los Angeles, CA; the Bruce Prof. Sussman conducts much of his re- and Rosalie N. Rosen Family Foundation; and search at the Israel Structural Proteomics Harry Sussman, Woodbury, NY.
Center (ISPC), a facility for the study of protein structures. He helped establish the Prof. Joel Sussman is the incumbent of the Morton center, which is located on the Weizmann and Gladys Pickman Professorial Chair in Structural Institute campus, in 2003, and serves as Biology. The Weizmann Institute of Science in Rehovot, Israel, is one of the world’s foremost centers of scientific research and graduate study. The American Committee for the Weizmann Institute of Science is a community of dedicated people who share a common vision in support of the Institute. The generous assistance the Institute receives from individuals, foundations, and corporations is vital for its future. Committee members show their devotion to the advancement of the Institute’s goals by becoming partners in the search for answers to the most difficult challenges facing humanity.
633 THIRD AVE • NEW YORK, NY 10017 • 212.895.7900 • WWW.WEIZMANN-USA.ORG