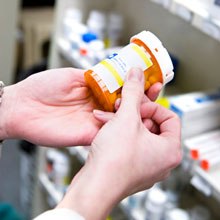 Actos Recall Issued in France Due To Risk of Bladder Cancer
Published: July 12th, 2011
A month after French regulators suspended sales of
their popular diabetes drug due to concerns about an
increased risk of bladder cancer, Takeda
Pharmaceuticals has agreed to issue an Actos recall in
France. However, there is no indication that the drug
maker is going to voluntarily take similar action in the
United States.
Actos (pioglitazone) was approved in the U.S. in July
1999, for treatment of type 2 diabetes. The medication
is Takeda Pharmaceuticals’ best-selling drug, with
sales of $3.4 billion last year.
In June, regulators in France and Germany announced
that sales of the drug were being suspended due to a
potential risk of bladder cancer from Actos.
Takeda Pharmaceuticals has now agreed to recall Actos
in France after being pressured by Agence Française de
Sécurité Sanitaire des Produits de Santé (AFSSAPS).
The related drug Campetact, which is sold as Actoplus
Met in the United States, will also be recalled in
France.
The potential bladder cancer side effects of Actos are still being reviewed by regulators in the rest of the
European Union, Canada and by the FDA in the United States, after studies have shown an increased risk
of bladder cancer with Actos
Last month, the FDA announced that new Actos bladder cancer warnings will be added to the drug’s label,
alerting users about the potential increased risk if the drug is used for more than one year. All drugs
containing pioglitazone, the active ingredient in Actos, will carry the new warning, including Actoplus
Met, ActoplusMet RX and Duetact. However, the U.S. regulatory agency is continuing to weigh the
potential risk of bladder cancer from Actos against the benefits provided by the medication.
The FDA first announced that there may be a possible connection between bladder cancer and Actos in
September 2010, after preliminary data from an on-going 10 year study suggested that there may be an
increased risk the longer the drug is taken.
In May 2011, a study by Italian researchers found a disproportionate number of Actos bladder cancer
reports in the FDA’s own Adverse Event Reporting System Records. However, that study did not establish
a causal effect between Actos and bladder cancer.
Concerns about an Actos bladder cancer risk increased even further last month, after a review of insurance
data on 1.5 million French citizens identified an increased occurrence of bladder cancer among Actos users.
Throughout the United States, a number of former users of Actos diagnosed with bladder cancer are not
considering filing potential lawsuits against Takeda Pharmaceuticals for failing to fully research the side
effects of the medication or adequately warn about the risk of bladder cancer.