In addition to an increasing number of chronic conditions, older adults The oral health care professional of today and tomorrow will treat an ever-increasing number of older adult patients who differ from older will reach their dental professional taking more medications for these various chronic conditions. Thus these conditions may require more The 'new' elderly have more of their own teeth, visit the dentist more often, and demand more sophisticated care.
frequent consultations with their physicians.
Communication between the provider and the patient is an
Three aspects of human communication have been identified in the literature: essential component of all clinical work. At the core of all clinical dental
practice is the interpersonal interaction between dentist and patient.
Effective communication is an important factor for patient satisfaction and These three factors co-influence the communication outcome, and any barriers to them can result in ineffective communication.
It is necessary for dentists to understand older patients’ communication barriers and acquire better communication skills and attitudes. 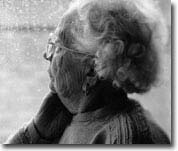 It is important to make clear that one does not need to be a trained psychologist or psychiatrist to detect signs of emotional upset.
The people bearing this burden of mental illnesses also go to the dentist in The primary data about the patient’s mental and emotional status would come nearly universal numbers. It is especially noteworthy to observe that it is from well-established and easy-to-use screening questionnaires.
primary care physicians, not mental health service providers such as Identification of depression can help maintain and potentially improve health and psychiatrists or psychologists, that make about 50 percent of all major Patients, of course, are always free to not answer sensitive questions if they so choose.
Dentists should consider taking on screening for early detection of mental disorders, principally depression and dementia in elderly. It seems reasonable to assert that screening for the most common mental The general approach for using these questionnaires would be for the dentist dentists gather information about the physical disease status of their patients. to determine if the patient is currently experiencing or perhaps at risk for Psychological factors significantly influence denture satisfaction.
Such screening is not hard to do. The idea is not that dentists would diagnose experiencing common mental or emotional disorders.
Questionnaires may provide useful in predicting potential difficult depression, anxiety or dementia, but that they would screen for it, using relatively simple questionnaires that all their patients would fill out.

Methods of human communication are often classified as verbal,
nonverbal, and written.
The way that the words are spoken, including the look on your face, your tone The majority of patients express satisfaction with dentures that of voice, the posture of your body, and gestures that you use.
are well designed and constructed yet there are a group of patients who remain dissatisfied in spite of the clinical perfection of their prostheses.
- head nodding, - hand gestures, - postural positions (open or closed body posture and forward to backward - paralinguistic speech characteristics such as speech rate, loudness, pitch, General communication strategies for use with elderly.
Nonverbal behavior is widely recognized as conveying affective and emotional Nonverbal behaviors often accompany words and thereby give words information, although it has other functions as well (such as regulating turn Verbal Communication strategy
meaning in context. So, the interpretation of a verbal message of Speech construction - use short words and simple sentences As examples, a frown may convey disapproval or a smile may convey approval agreement: ‘‘Sure, that’s fine’’ - be clear and concise; avoid long, wordy or agreement. A blank expression may also convey an affective message to a perceiver, such as aloofness, boredom, or dismissal.
may be interpreted differently depending on whether the statement is - use words that are familiar and understandable; accompanied by a frown or a smile or a blank expression.
- begin each conversation by identifying I frown when I am thinking and sometimes people think I'm mad at them.
yourself and using the person’s name/title Others - the presence of a carer is helpful
Communication strategy
Non – verbal
- stand in front/side of person in line of
- break tasks/activities down into steps Speech style - speak slowly, clearly and lower voice tone - give them time to answer your questions or tell you what they have to say (Remember: reaction - maintain patience and a reassuring attitude - wait for a response to a question, and ask - decrease the number of people in the room - never talk as though the person is not there assume the person understands more than - make sure that glasses are ON the person! - talk while cares are being provided, and not