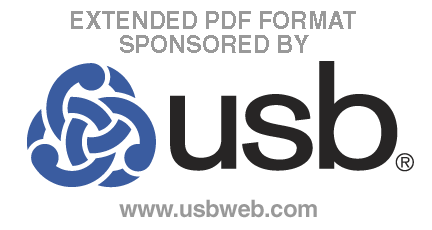 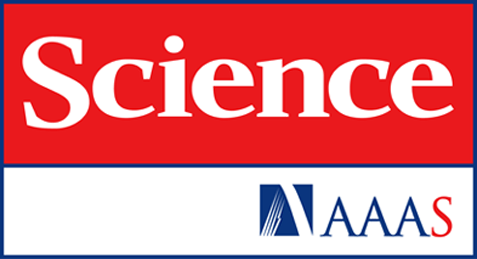 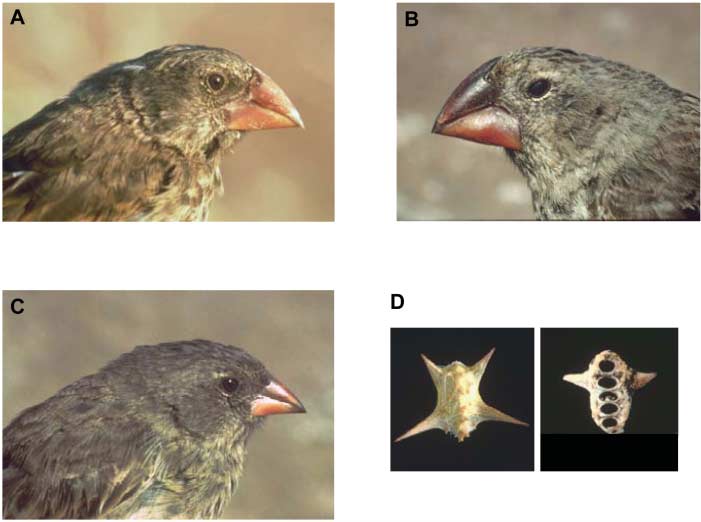 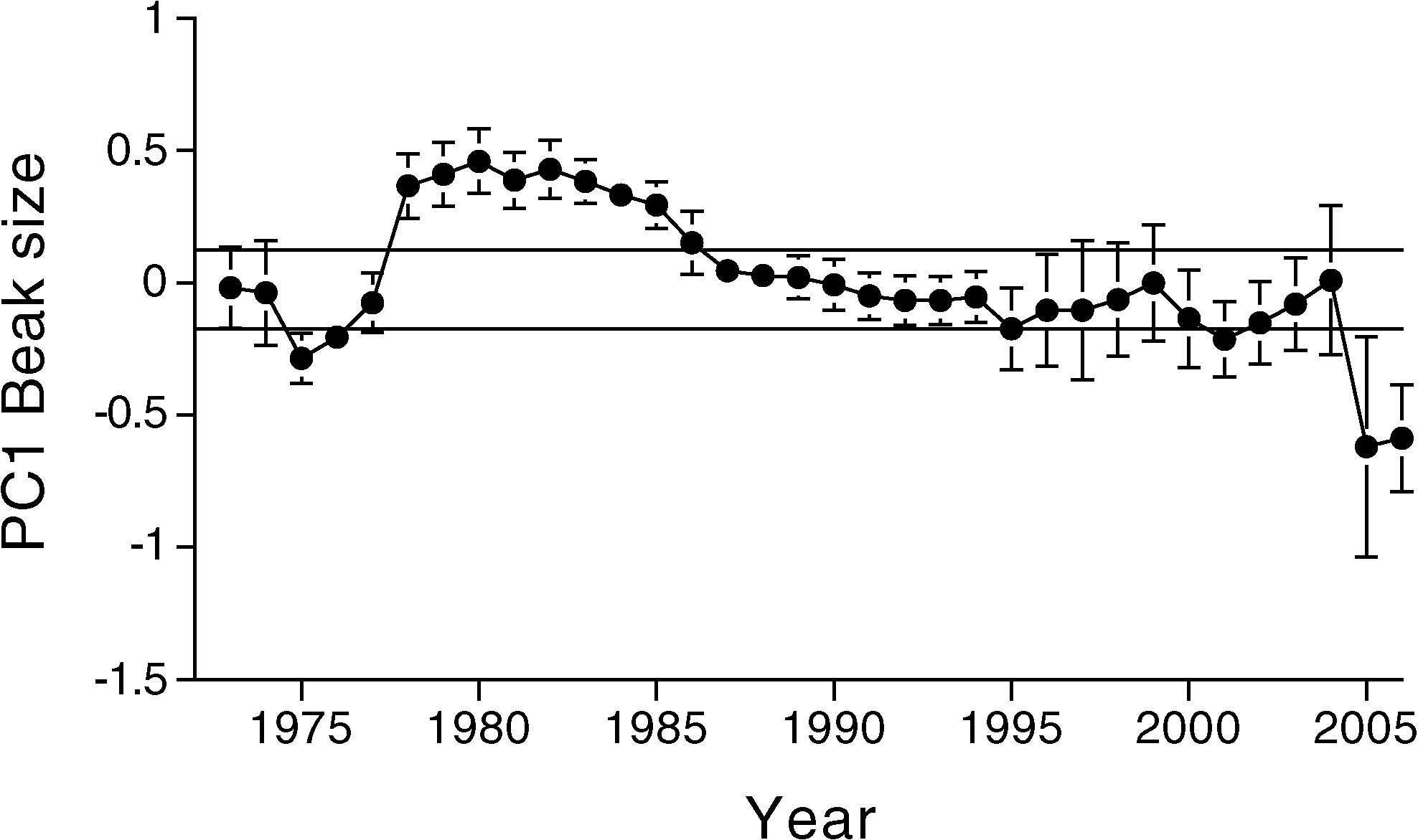 0.0130; R2 0 0.455). Inclusion of either bill Thus, character displacement in G. fortis consumed by a G. magnirostris individual each depth or bill width made no difference to occurred in 2004–2005. Four lines of evidence day are sufficient for two G. fortis individuals if these results. Overall bill size rather than bill support the causal role of G. magnirostris. First, they feed on nothing else (13). Moreover, a length is identified as the most important fac- the potential impact of G. magnirostris was much higher fraction of G. magnirostris than G.
tor distinguishing survivors from nonsurvi- greatest at the beginning of 2004 because their fortis feed on Tribulus, as inferred from feeding numbers (150 T 19) were closer to those of G.
observations (Table 1). As a result of their joint size) was a selected trait in both sexes, where- fortis (235 T 46) than at any other time (Fig. 3), reduction of seed biomass, G. fortis fed on and their population biomass was about the Tribulus in 2004 only half as frequently as in either. There was little effect on body size, same, because a G. magnirostris individual was other years (Table 1). We did not quantify food unlike in the 1977 episode. In contrast to G.
approximately twice the mass of a G. fortis supply; nevertheless, food scarcity was evident fortis, the heavy mortality experienced by G.
from the exceptionally low feeding rates of G.
magnirostris was apparently not selective: Four Second, G. magnirostris are largely depen- magnirostris. In 2004, a minimum of 90 in- surviving males did not differ from 32 non- dent on an important food resource, Tribulus dividuals were observed foraging for Tribulus survivors in any of the six measured traits (all seeds, which are not renewed during droughts.
mericarps for 200 to 300 s, and none obtained P 9 0.1), and only 1 of 38 measured females G. magnirostris deplete the Tribulus seed sup- seeds from more than two mericarps; whereas ply faster than do G. fortis. The seeds that are under the more typical conditions prevailing inthe 1970s, a total of eight birds observed for thesame length of time fed on 9 to 22 mericarps,with an average interval between successivemericarps of only 5.5 T 0.5 s (SE) (24).
Third, numbers of G. fortis declined to a lower level (83) in 2005 than at any time sincethe study began in 1973, and numbers of G.
magnirostris declined so strongly from the2003 maximum that by 2005, only fourfemales and nine males were left. The popu-lation was almost extinct, apparently as a result of exhaustion of the standing crop oflarge seeds and subsequent starvation. Of the137 G. magnirostris that disappeared in 2004–2005, 13.0% were found dead, and so were21.7% of 152 G. fortis. Consistent with thestarvation hypothesis, the stomachs of all deadbirds (23 G. magnirostris and 45 G. fortis,banded and not banded individuals combined)were empty.
The principal alternative food for both spe- cies is the seeds of Opuntia cactus, butproduction in 2004 was low, the fourth lowestsince records were first kept systematically in1982 (23). Not only were cactus seeds insuffi-cient for the two granivore species to escape the Fig. 1. Large-beaked G. fortis (A) and G. magnirostris (B) can crack or tear the woody tissues of dilemma of a diminishing supply of their pre- T. cistoides mericarps (D), whereas small-beaked G. fortis (C) cannot. Five mericarps constitute a ferred foods, they were insufficient for the single fruit. In (D), the left-hand mericarp is intact. The right-hand mericarp, viewed from the other cactus specialist G. scandens (È20 g), whose (mesial) side, has been exploited by a finch, exposing five locules from which seeds have been numbers, like those of G. fortis, fell lower (to extracted. Mericarps are È8 mm long and are shown at twice the magnification of the finches.
50) than in any of the preceding 32 years. The only escape was available to the smallest, mostG. fuliginosa–like, members of the G. fortispopulation, which are known to feed like G.
fuliginosa on small seeds with little individual energy reward (13, 18). We have no feeding observations to indicate that they survived as a result of feeding on the typical components of the G. fuliginosa diet: the very small seeds of (13, 15, 23). Nevertheless, it may be signifi- cant that two G. fuliginosa individuals were present on the island in 2004 and both survived The fourth line of evidence is the contrast sequent changes in themean. Sample sizes vary between the directions of strong selection on the G. fortis population in the presence (2004) and near absence (1977) of G. magnirostris. In values are reversed so that mean size increases from the origin.
1977, a year of only 24 mm of rain and no 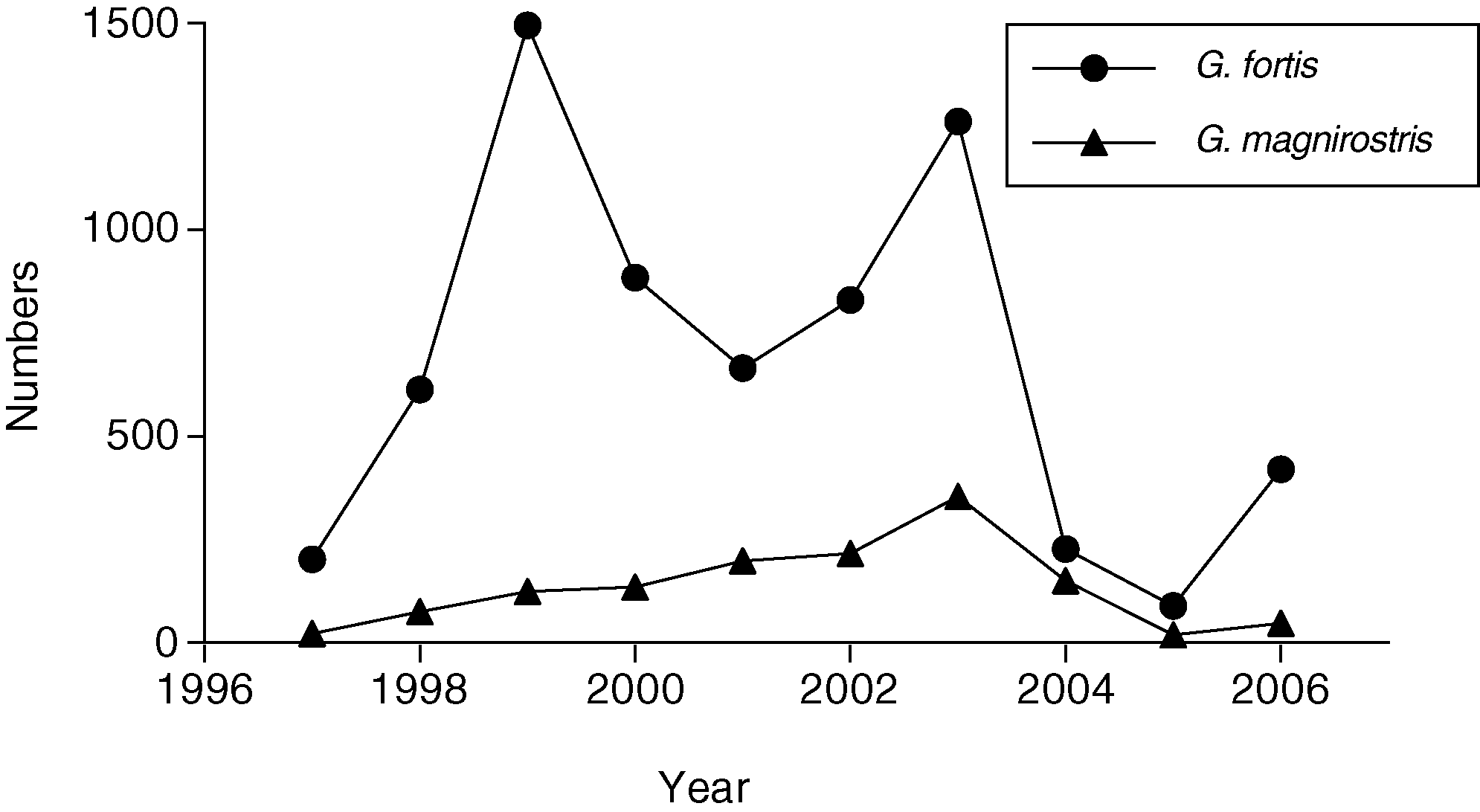