SJN is a 58 year old Caucasian male with early onset dementia that first became symptomatic about 6 years earlier with progressive decline over that period of time. SJN’s highest level of education was a BSBA in accounting and thereafter he worked primarily as an accountant. SJN initially presented depression and with memory related problems, such as an inability to recall if he had carried out errands that were a daily part of his job, and difficulty completing accounting tasks, such as payroll and tax returns accurately and on time. In addition he often failed to keep appointments and frequently lost important items such as his wallet, keys and shoes. Beginning in summer 2005, he was treated with Aricept, and Namenda was added about one year later. By the fall of 2006, he was no longer able to perform any accounting or bookkeeping tasks and retired from gainful employment. Due to a 10 pound weight loss over a period of three weeks and further progression of symptoms, his medication was changed from Aricept to Exelon in September 2007. Other medications and supplements of at least two years duration include simvastatin, Lexapro, budeprion XL, and high potency fish oil capsules twice a day. By September 2007, he could no longer prepare simple meals for himself, had discontinued driving, and required supervision to complete many other activities, such as digging a hole, replacing a light bulb, vacuuming, completing a load of laundry, doing dishes, and dressing appropriately. He was easily distracted when attempting to complete such tasks, and was no longer able to use a computer keyboard or calculator, or perform basic arithmetic. He often wore just one sock or shoe and misplaced the matches to his pairs of shoes. He also reported an inability to read, which he later (after the dietary intervention) described as excessive, erratic movement of the words on the page, had difficulty spelling simple written words, such as “out” and “put,” and had trouble recalling many common words when speaking. He also had a moderate intention-type hand tremor that interfered with eating, and a jaw tremor that was most apparent while speaking. He had an abnormal gait that involved walking slowly and pulling each foot up higher than usual with each step. An MRI in May 2008 showed diffuse involutional change of the frontal and parietal lobes and moderate left-sided and severe right-sided amygdala and hippocampal atrophy with no ischemic change, supporting a clinical diagnosis of Alzheimer’s Disease. At the same visit, he scored 12 of 30 points on the Mini Mental Status Exam (MMSE.) On May 20, 2008, the day prior to the dietary intervention, he scored an MMSE of 14 out of 30 points, and drew clock #1. On May 21, 2008, SJN was given at least 35 ml of coconut oil, equivalent to about 20 grams of medium chain triglyceride (MCT oil) with breakfast. Approximately 4 hours later he scored 18 of 30 points on the MMSE, gaining points in the areas of orientation to time and place. 14 days after beginning use of coconut oil, SJN drew Clock #2 and at 37 days Clock #3. Blood work sent on 5/21/08, showed that SJN carries at least one APOE4 allele. He continued to receive a minimum of 35 ml coconut oil for breakfast and, a second quantity of at least 35 ml was routinely added to the evening meal by 6/24/08 and thereafter . On 7/2/08, SJN scored 17 of 30 on the MMSE at a different location than the previous exams. On 7/11/08, plasma ketones and glucose were determined immediately before breakfast and at 90’, 120’ and 180’ after receiving 35 ml coconut oil with breakfast, and immediately before the evening meal and at 60’, 120’, and 180’ after receiving 35 ml coconut oil, with the results shown in Table 1 and Graph 1. Levels of ketones increased after the breakfast dose of coconut oil, peaking at about 3 hours and then returning to baseline (almost “0”) prior to the evening meal. A third amount of at least 35 ml coconut oil was added to the lunchtime meal, in order to keep a continuous level of circulating ketones available. For comparison, on 7/24/08, plasma ketone levels were drawn at approximately the same time of the 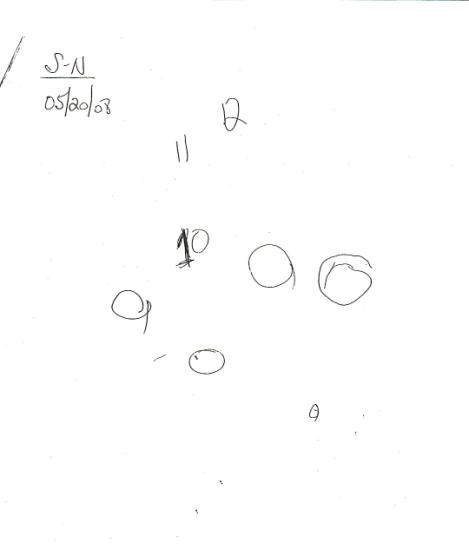 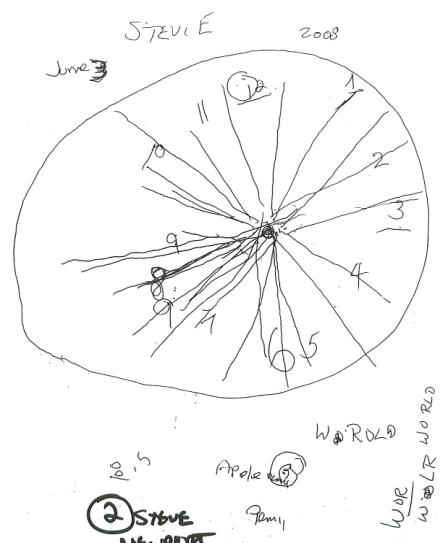 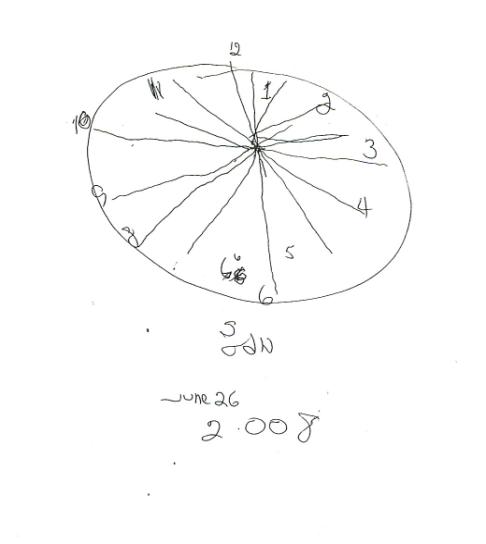 morning as in the 7/11/08 study, immediately before, and at 90’, 60’ and 180’ after receiving 22 ml (20 gm) of Neobee 895, a pure C:8 medium chain triglyceride oil, with significantly higher levels of beta-OH butyrate, as shown in Table 2 and Graph 2. Also in the afternoon of 7/24/08, SJN scored 20 out of 30 points on the MMSE. Over the next six weeks, MCT oil in the diet was increased gradually to 40 ml three times a day with meals, and coconut oil was decreased to an average of 15 ml twice a day, primarily used in cooking. There were no adverse effects noted with ingestion of coconut oil, however there were occasional brief episodes of explosive diarrhea (2-3 times per week) that occurred after arriving at the 40 ml quantity of MCT oil, which have become less frequent. In addition to the improvement in MMSE scores, the author/spouse/caregiver reports that SJN has experienced the following improvements: absence of facial tremor, and minimal to no intention tremor involving the hands; normalization of gait; improved memory of recent and past events; ability to complete household and gardening tasks with minimal to no supervision and without distraction; he now wears both shoes and socks, and keeps pairs of shoes together; his ability to initiate and continue a course of conversation has improved and his sense of humor has returned. SJN also reports an increase in libido, an interest in exercise, and a desire to relearn basic skills, such as writing, math, and touch-typing. He requested that a watch be purchased so that he could relearn how to tell time, and wears the watch regularly, after not wearing a watch for at least two years. He also reports the absence of visual disturbances, with a marked improvement in his ability to read, as evidenced by successfully reading out loud from new articles. On September 28, 2008, he recalled that he began to have problems functioning at the same level as early as ages 28-30 years old in his job as an accountant and business manager for a mental health, mental retardation regional center. A study of persons at risk for early onset AD demonstrated decreased uptake of glucose on PET scans of APOE4 people as early as 30 years of age. About twelve weeks after beginning the coconut oil intervention, he could not remember how to turn on a computer and was unable to recall how to use a “mouse,” nor did he recall the concepts of “left” or “right-clicking.” On September 29, 2008, about 18 weeks after beginning the coconut oil intervention, he turned the computer on and opened up an accounting program, using the mouse appropriately, without prompting. In addition, he has stated on several occasions that he has “gotten (his) life back,” and expresses hope for his future. Clock #1 – 1 day before intervention Clock #2 – 14 days after intervention Clock #3 – 37 days after intervention

Introduction to full body reflexology – part 7 - by Arve Fahlvik - 2012-02-27 Reflexological treatment of mental disorders. In my opinion 90% of peoples problems are located between their ears. Much of peoples muscle and skeletal problems comes from major tension in the neck, usually caused by stress. Also intestine problems is highly related to stress. When I work on somatic problems my di