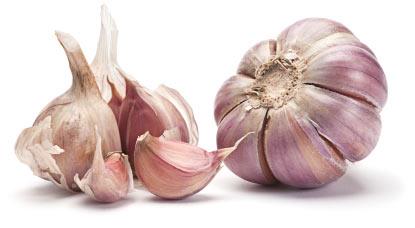 Foods that can harm your animals
Who can resist those big eyes peering at you from under the table? Can a little bite really cause that much
harm? Some foods are downright dangerous for animals, not just because of possible weight gain, but
also due to the detrimental effects these foods may have on your cat or dog.
Xylitol is a non-caloric sweetener that is commonly used in sugar-free gum and some diet food and toothpaste.
This product has very little negative effect on humans, but ingestion by dogs and cats can cause a severe drop in blood sugar levels by increasing the amount of circulating insulin levels in their body. Dogs may seizure or become disorientated as soon as 30 minutes after ingestion. Large quantities of xylitol may cause liver failure, All close members of the onion family, including garlic and shallots can cause severe damage within the red blood cells of cats and dogs. Garlic is considered 5 times more potent than onions and even powdered or dehydrated forms of these foods can cause problems. The compound (organosulphoxides) in these foods reacts with the cell membranes of red blood cells causing them to rupture, leading to loss off red blood cells and therefore anaemia. Cats and dogs tire easily and become lethargic. Red tinged urine may also be noted. Symptoms are only seen around three to five days after ingestion. Raw bread dough made with live yeast can be dangerous if consumed by our pets. Following the process of these baked products, the yeast needs to rise before the process can continue. This is exactly what will happen when ingested. The warm, moist environment of the stomach creates the ideal conditions for the yeast to multiply, resulting in an expanding mass of dough in the stomach. Expansion of the stomach may be severe enough to decrease blood flow to the stomach wall, resulting in death of this tissue. In addition to this, an overfull stomach will press on the diaphragm, putting increased pressure on the lungs, making breathing very difficult. If this was not scary enough, as the yeast multiplies, it produces alcohol that can be absorbed, leading Most people know that ‘chocolate isn’t good for dogs’, but are not entirely sure why. The toxic agent in chocolate is caffeine and theobromine, found in higher concentrations in dark chocolate than white chocolate, but still present in all kinds of chocolate. The rule of thumb is ‘the darker the chocolate, the more dangerous it is’, with dry cocoa powder containing the most concentrated levels. Depending on the type and amount of chocolate ingested, signs range from vomiting and abdominal discomfort to muscle tremors, fever, seizure and even death. One should not forget that caffeine is also present in coffee, tea and certain cooldrinks and these food items should be avoided at all times. Grapes and raisins are associated with kidney failure in dogs. The exact mechanism of this is unclear, nor is it clear why only some animals are affected after ingestion. Symptoms associated with kidney failure may be seen within 12 hours of ingestion. Death due to acute kidney failure can occur within 3-4 days while some dogs may develop chronic renal failure, which is a long term fatal disease. Although Macadamia nut toxicosis is unlikely to be fatal, it can cause uncomfortable symptoms. Affected dogs may develop weakness in their hind legs, tremors and a low grade fever. Fortunately these symptoms only last for about 48 hours and no long term effects reside. Alcohol has the same effect on a dog’s liver and brain that it has on humans, it just requires far less. Just a little can cause vomiting, diarrhoea and central nervous depression. Depending on the quantities ingested, coma and even death can result. The smaller the dog, the greater the effect. These are just a few of the items that are potentially dangerous when ingested by our animals. The best way to keep our cats and dogs safe and healthy is to avoid all items of food from their mouths & bowls. Good quality, palatable and safe dog and cat food like Royal Canin is widely available on the market, to provide all our cats and dogs with the very best nutritional answer.

A Really Brief Christmas Letter (Well, brief for me) As most of my friends and even slight acquaintances know, for many years now I have been in the habit ofwriting a Christmas letter. Each year it has gotten longer and longer, and last year was 38 pages long (single-spaced, in a 10 point palatino font). Brevity may be the soul of wit, but it’s never been my style. It still isn’t. However,