The GP and/or family suspect dementia may be present and refers patient for further assessment.
Full bloods to check if there is nothing else Seniors Mental Health Team for a Hierarchical

Gradual changes. Build up of “tangles” in centre of brain cells and “plaques” outside brain cells, disrupting messages within the brain.
– Problems of the circulation of blood to the brain eg. – Degneration and death of nerve cells in the brain caused by abnormal lumps inside nerve cells known as Lewy bodies

Communicating with someone with dementia Remain calm and talk in a gentle, matter of fact way (Determine level of understanding of person) Don’t be condescending.
Keep sentences short and simple, focusing on one May need to repeat instruction many times.
Body language –made up of 55% of our Avoid background noise and distractionValidation therapy-going into their reality!Reminiscence

Gather relevant history on patient, from carer if required. Including social profile. Note possible illnesses that may cause pain and how this is expressed if comunication limited. Use of Pain Charts dementia but do not make any assumptions of inabilities.find out what they can do

Allocate staff according to their skills and Maintain independence –don’t assume they cannot do own ADL’s. May need increased guidance as in unfamiliar environment Minimise physical and chemical restraints

Inform carer of any changes to treatment and medications. Where possible in writing.
Referral for follow up support –Use of 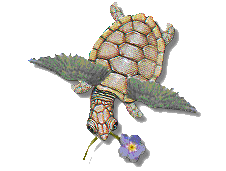