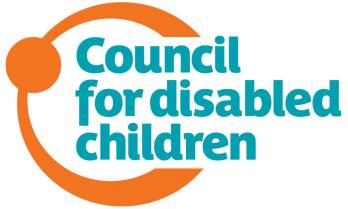 The SEN reforms: what schools need to know and what they need to do
SEN and Part 3 of the Children and Families Bill1
The Children and Families Bill is expected to receive Royal Assent by early February 2014 and the Department for Education
will be publishing a revised SEN Code of Practice by April 2014. Changes to the operation of the SEN framework will be implemented from September 2014. At the same time, school funding changes have affected the way schools are funded to meet SEN and Ofsted have an increased focus on the progress of vulnerable groups of children.
This briefing is designed to give schools information about the forthcoming changes and to help them prepare for the reforms.
Key principles in the Children and Families Bill
Participation: the Bill promotes the participation of parents and young people in decision-making about SEN
Outcomes: the Bill focuses on outcomes and improving progress for children and young people with SEN
The Bill requires a joint approach across all agencies:
• education, health and social care will be required to co-operate at a local level to meet children and young people’s needs • local authorities and health commissioning groups will be required to commission services jointly for children and young Changes in assessment and planning
• School Action and School Action Plus will be replaced by SEN support: a graduated approach to identifying and meeting SEN, with schools involving parents in identifying needs, deciding outcomes, planning provision and seeking expertise at whatever • Statements will be phased out from September 2014 and will be replaced by Education, Health and Care (EHC) assessments • EHC Plans will extend from birth to 25, where necessary, replacing the Learning Difficulties Assessment for young people • Academies will be covered by the same statutory requirements as maintained schools. Local offer
The Local Offer will set out what all local agencies are expected to provide including what schools are expected to provide from
their delegated budget, their ‘notional SEN budget’.
1 All the arrangements in this briefing are subject to Parliamentary approval

Children & Families Bill: timing
Implications for schools & Academies
• Children & Families Bill scrutinised in House • Key staff become familiar with draft SEN Code of • SEN Code of Practice: public consultation • Respond to consultation on draft SEN Code Practice • Representatives of schools and academies agree • Transitional arrangements consultation funding formula with local authority; this will be • School funding formula for 2014-15 agreed important to inform the Local Offer from next year • Initial planning for September 2014 to reflect draft Code and the new national curriculum inclusion statement for those with SEN and disabilities • Children & Families Bil receives Royal • Preparatory work on Local Offer, under current • Key staff, governors become familiar with SEN Code of • Training for staff on key changes: single SEN stage; focus on outcomes; increased participation of parents and children and young people with SEN; increased awareness of most effective interventions • Preparatory work for new school information From September 2014:
• Implement SEN Code of Practice: review provision for • Implementation of Children and Families pupils on school action/school action plus, put in place SEN support for them and for pupils with newly • Pupils with SEN requiring assessment will • Implement SEN information requirements • Develop partnerships with post-16 providers to support • New SEN Code of Practice takes effect • January 2015 school census: record all pupils receiving • Implementation of 2014 national curriculum SEN support, both those who have an EHCP and those

Organisations funded by DfE to provide information, resources and support to the SEN reform:
Contact your local authority for local arrangements on the implementation of the local offer and EHC plans National Special Educational Needs Learning Events including opportunities to discuss and respond to the consultative draft of the SEN Code of Practice. Attending one of these events will help you to lead discussions in your own school: • North West 05/11/13, South East 07/11/13 • Midlands 13/11/13, Yorkshire & Humberside 15/11/13 • North East 20/11/13, East Anglia 22/11/13 • South West 26/11/13, London 28/11/13 For more information, including details of implementation events in June & July 2014, see Autism Education Trust:
t ions The Communications Trust
at Dyslexia-SpLD Trus
Early Language Development Programm
anis Preparing for Adulthood
o Achievement for All
t Early Supp
National Network of Parent Carer Forums
National Parent Partnership Network:
Mott McDonald, Pathfinder Support Team: information on the SEN reforms in Pathfinder areas, resources to support
implementation, including Information packs that are updated regularly Council for Disabled Children, Strategic Reform Partner: advice to government on the reforms, including advice from
children and young people themselves through EPIC; information on key aspects of the reforms; support to the disabled
children's sector to develop new and sustainable approaches. Department for Education: Information on organisations providing support to implementation: