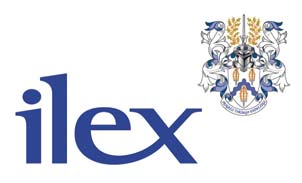  It is strongly recommended that you use the reading time to read the
question paper fully. However, you may make notes on the question paper or in
your answer booklet during this time, if you wish.

 The question paper is divided into TWO sections. You must answer ALL the
questions from Section A. There are three scenarios in Section B. You must
answer the questions relating to ONE of scenarios in Section B ONLY.
 Write in full sentences – a yes or no answer will earn no marks.  Candidates must comply with the Instructions to Candidates: Examination
Information for Candidates
 The mark allocation for each question and part question is given and you are advised
to take this into account in planning your work.  Write in blue or black ink or ball point pen.  Attention should be paid to clear, neat handwriting and tidy alterations.  Complete all rough work in your answer booklet. Cross through any work you do not Do not turn over this page until instructed by the Invigilator.
∗ This unit is a component of the following ILEX qualifications: LEVEL 3 CERTIFICATE IN LAW AND
PRACTICE and LEVEL 3 PROFESSIONAL DIPLOMA IN LAW AND PRACTICE
BLANK PAGE
SECTION A
(Answer ALL questions in Section A)
State six ways in which the legal employment status of the self-employed individual differs from that of the employee. (6 marks)
The Disability Discrimination Act (1995) requires that ‘reasonable adjustments’ are made in order to assist disabled people in the workplace. What is meant by the term ‘reasonable adjustment’? (2 marks)

3.
Describe two terms commonly implied into contracts of employment and the obligations these terms impose on employees. (4 marks)
Describe two contractual terms that statute incorporates into contracts of employment. (4 marks)
Tom has been employed by AsMo Supermarkets for 2 years. Tom’s contract is very basic and is silent on the issue of holiday and notice. Advise Tom on what the minimum statutory entitlement would be for holiday and notice periods. (4 marks)
6. Steven has worked for SR Tyre Sales for 3 months. Steven has never received any details of notice periods (or anything else) from SR Tyre Sales, but has now been told that he’s no longer required by the company, and that he must leave at the end of the day. Is SR Tyre Sales acting within the law? (3 marks)
Keith works on a building site as a labourer earning £80 per day. He has a notice period of one week. Last week Keith turned up late for work and the foreman told him to b***** off and not to bother returning. Advise Keith on how much damages he could claim if he was successful in claiming wrongful dismissal. (3 marks)
Sally works for the Now!! Clothes shop. She is caught stealing £100 from the till and admits she has done it before. Do Now!! have a potentially fair reason to dismiss Sally? Should she claim for unfair dismissal? (2 marks)
If Sally claims unfair dismissal, which court will hear her claim and is there a time limit to lodge her claim? (2 marks)
(Total Marks for Section A: 30 marks)
Turn over
SECTION B
(There are three scenarios in Section B. Answer the questions relating to
ONE of the scenarios ONLY)

Note to Candidates
All Scenarios concern the same employer, Fine Furniture.
Fine Furniture is a partnership between Yasmin Adeel and Adam Miller who
specialise in the design and production of very high quality furniture and bespoke
kitchens. The partnership has been operational for 10 years and is very
successful. There is a design department, sales department and a factory that
produces the furniture and kitchen units. The partnership employs a total of 28
employees and a number of free-lance designers.
Scenario 1
Fine Furniture has been working with Lucia Bari, a talented designer, who has
completed several contracts for Fine Furniture for some time. Fine Furniture is
very happy with the standard of her work and Lucia has just been offered a
number of additional design briefs by Fine Furniture with instructions on how the designs should be presented and a set of deadlines. Lucia is free though to work where and when she wants, to refuse any of the design briefs and she can delegate or subcontract part of the whole design should she wish. Lucia is happy with her arrangement with Fine Furniture; she signs an individual agreement for each individual contract she has with Fine Furniture stating that she is not an employee. Martin Smith is employed by Fine Furniture in the factory as a carpenter. He has recently complained that he has been working very long hours (up to 60 hours per week), has not had a day off for four weeks and has had all holiday requests refused for 6 months. The foreman has told Martin that as they are all so busy, he cannot be spared. Martin is very unhappy with this decision. Jason Barton works on a casual basis for Fine Furniture. At peak times, he works as an upholsterer at Fine Furniture. There is an understanding between Yasmin and Jason that he will work when needed. Jason was recently found fighting with another employee on the Fine Furniture factory floor. Yasmin has told Jason that Fine Furniture will no longer be requiring his services. Jason has subsequently written a letter to Yasmin stating that he feels he was unfairly dismissed. Yasmin and Adam seek your advice on a number of issues.
Scenario 1 Questions

1.
Explain whether Lucia is an employee or self employed. Illustrate your answer with application to the facts. (10 marks)
Adam is reviewing the existing structure of the design department of Fine Furniture. Explain the advantages to Fine Furniture of having self-employed designers. (10 marks)
Martin is an employee of Fine Furniture. Describe the minimum information that should have been given to Martin at the start of his employment and give four examples of what should have been included. (7 marks)
Given Martin’s recent complaints, advise Adam and Yasmin whether Fine Furniture is currently meeting its legal obligations to him? (9 marks)

5.
In the case of Jason, advise Yasmin on three kinds of employment rights that casual workers can claim. State whether unfair dismissal is one of (4 marks)
(Total Marks for Scenario 1: 40 marks)
Turn over
Scenario 2
Fine Furniture has just received a claim form from an ex-employee, Bob Davies. Bob was formerly employed in the factory as a skilled woodworker and had worked there for 5 years. Bob is 50 years old. Bob’s job involved helping fit bespoke kitchen units that had been manufactured in the factory. Bob would ensure that the units were fitted into client’s kitchens in order to produce an excellent finish. Bob was spotted by Yasmin last week in one of Fine Furniture’s vans in his uniform at an address that was not an existing customer of Fine Furniture. When challenged, Bob was unable to account for his presence at the address. Yasmin was angry as Bob was clearly “moonlighting” and asked Bob to meet her and Adam at a meeting later the same day. At the meeting, Bob was dismissed for “moonlighting” and told to leave immediately without any pay. Bob was not given an opportunity to speak and he was not told of a right to appeal. In his claim form, Bob states that other employees had also been found “moonlighting” but had merely been given warnings and not dismissed. He claims that Yasmin saw him at 9am and he was on his way to his first job. He admits that he had done a quick woodwork job but it was outside of office hours.
Extracts from Bob’s contract of employment:
Salary: £24,000
Benefits: £500 bonus per month if all fitting jobs completed satisfactorily,
private health insurance, subsidised canteen three month’s notice for the termination of contract Holiday:

1.
Advise Yasmin and Adam whether Bob qualifies to bring a claim for unfair dismissal against Fine Furniture? (4 marks)
Does Fine Furniture have a potentially fair reason for dismissal? (5 marks)
Will Bob be successful in an unfair dismissal claim against Fine Furniture? (10 marks)
Where will Bob bring a claim for unfair dismissal and what are his remedies? (5 marks)
Explain whether Yasmin and Adam were justified in dismissing Bob without (7 marks)
Advise Yasmin and Adam on what Bob could claim if he were successful in a claim for wrongful dismissal (9 marks)
(Total Marks for Scenario 2: 40 marks)
Turn over
Scenario 3
Fine Furniture have also had a complaint from Anil Gupta, a senior sales person at Fine Furniture. Anil is a talented sales manager who has 8 years of experience in sales and has recently exceeded his sales targets for the third year in a row. Anil is originally from India and has excellent verbal and written skills in English. He is a strong sales person who builds lasting relationships with clients very effectively. Anil applied for the job of Senior Sales Manager and was confident that his loyalty and high standard of work would give him an excellent chance of promotion. He and Rosie Mason, who works in the same department and has just 2 years of experience, were short-listed for interview. Rosie, who is English and comes from the local area, was then given the job. Anil was mystified because Rosie is disorganised and has never met her sales targets. Anil has also heard jokes in the office between Rosie and other team members about how ‘the Indians are not outsourcing this job’. Anil was very upset but was told by Adam that he shouldn’t be so sensitive. The outgoing sales director told Anil at his retirement party that Adam and Yasmin wanted to have someone local and English in the job. Joe is a wheelchair user because he suffered an accident 3 years ago that left him with spinal injuries. Joe works in the sales department as an area sales manager. He recently asked his manager if he would consider a different pattern of working hours as he suffers from pain later in the day. Joe asked to work from 8am to 4pm instead of the standard company hours of 10am – 6pm. His manager refused to agree to the change and Joe is very unhappy with the decision. Fine Furniture have also received a complaint from Angela Masters. She applied for the same job as Anil and Rosie but was not even short-listed. Angela was told that she was not suitable for the job because she is 40 years old and the company wished to present a ‘young’ image. She was also told that she didn’t have enough experience. Angela has only recently returned to work after caring for her children. The job advertisement specified that the candidate should have 10 years experience and be under 35 years of age.
Scenario 3 Questions
1.
Anil wishes to bring a claim under discrimination legislation. Advise Anil which claim(s) he should bring against Fine Furniture. (10 marks)
Explain who will have the burden of proof in this claim and what remedies will be available if Anil is successful in his claim. (7 marks)
Following his complaint, Anil is demoted. Is there any further claim he could bring using discrimination legislation? (5 marks)
Advise Joe on what claim(s) he could bring under discrimination (8 marks)
Advise Angela which claim(s) she could potentially bring against Fine Furniture. (10 marks)
(Total Marks for Scenario 3: 40 marks)
End of Examination Paper
BLANK PAGE
BLANK PAGE
BLANK PAGE

The pharmacological treatment of epilepsy in adults

The pharmacological treatment of epilepsy in adults Lancet Neurol 2011; 10: 446–56 Treatment decisions in epilepsy need to be individualised on the basis of careful analysis of the risk-beneﬁ t ratio of Clinical Pharmacology Unit, each available option. Key decision steps include the time at which antiepileptic drug treatment should be started, Department of Internal