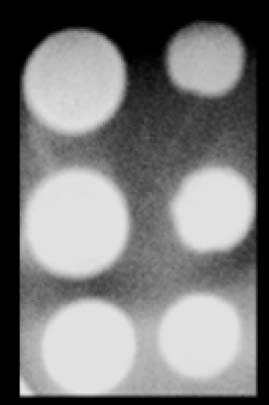 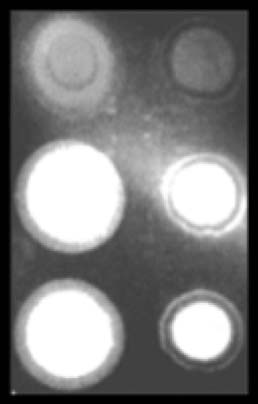 Unusual base pairing during the decoding of a stopcodon by the ribosome Israel S. Ferna´ndez1, Chyan Leong Ng1{, Ann C. Kelley1, Guowei Wu2, Yi-Tao Yu2 & V. Ramakrishnan1 During normal translation, the binding of a release factor to one of the three stop codons (UGA, UAA or UAG) results in the termi-nation of protein synthesis. However, modification of the initial uridine to a pseudouridine (Y) allows efficient recognition and read-through of these stop codons by a transfer RNA (tRNA), although it requires the formation of two normally forbidden purine–purine base pairs1. Here we determined the crystal structure at 3.1 A lution of the 30S ribosomal subunit in complex with the anticodonstem loop of tRNASer bound to the YAG stop codon in the A site.
The YA base pair at the first position is accompanied by the forma- tion of purine–purine base pairs at the second and third positions of the codon, which show an unusual Watson–Crick/Hoogsteen geometry. The structure shows a previously unsuspected ability of the ribosomal decoding centre to accommodate non-canonical base The genetic code normally requires Watson–Crick base pairing at the first two positions of the codon–anticodon helix, and tolerates cer-tain specific mismatches at the third (wobble) position. The structuralbasis for this was apparent when three universally conserved bases inthe A site of the small (30S) ribosomal subunit were shown to changeconformation to monitor Watson–Crick geometry at the first two basepairs in the minor groove of the codon–anticodon helix, while leavingthe wobble position relatively unconstrained2. These interactions result in additional binding energy that is used to induce global conforma-tional changes that facilitate the hydrolysis of GTP by the elongationfactor EF-Tu3–5, as was predicted by earlier kinetic data6. However, recently it was shown that modification of the uridine in stop codonsto Y (Fig. 1a) allowed YAA and YAG to code for serine or threonineand YGA to code for phenylalanine or tyrosine1.
To understand how the normally forbidden base pairs in such recod- ing can be accepted by the ribosome, we determined the crystal struc- tures of the anticodon stem loops (ASLs) of tRNASer and tRNAPhe bound to the modified stop codons YAG and YGA, respectively, inthe A site of the 30S subunit, as well as the crystal structure of the mostcommon bacterial tRNASer bound to YAG in the entire 70S ribosome.
We first showed that nonsense suppression by Y also occurs in bacteria. We constructed three synthetic messenger RNAs encoding a 63-histidine tag at the amino terminus and a Flag tag at the carboxyterminus (Fig. 1b, top). The three mRNAs contain either an amber stop (UAG), a glutamine sense (CAG) or a pseudouridylated amber (YAG) codon inserted just before the Flag tag. After in vitro trans- lation, anti-63-histidine immunoblotting revealed that the threeconstructs are translated at the same level (Fig. 1b, bottom left). The anti-Flag immunoblot had a signal comparable to background when the normal UAG amber codon was present, showing that normal termina- tion occurred and the downstream Flag sequence was not translated Figure 1 | Chemical differences between uridine and pseudouridine, and (Fig. 1b, bottom right). However, the presence of the YAG amber experimental set-up. a, Uridine (U; 1-b-D-ribofuranosyluracil) and pseudouri- codon increased the signal from the Flag tag to a level comparable to dine (Y; 5-b-D-ribofuranosyluracil). b, Top, diagram of the three synthetic mRNA that of the CAG sense codon, showing that the substitution of U by Y constructs designed for the in vitro nonsense suppression experiment in bacteria.
results in a strong read-through of the amber stop codon in bacteria, Bottom, anti-His and anti-Flag immunoblot analysis of the in vitro translation as previously reported in eukaryotes1. Given the conservation of the assays in Escherichia coli. c, The tRNASer ASL and mRNA used in this study.
1MRC Laboratory of Molecular Biology, Cambridge CB2 0QH, UK. 2Department of Biochemistry and Biophysics, University of Rochester Medical Center, 601 Elmwood Avenue, Rochester, New York 14642,USA. {Present address: Institute of Systems Biology, Universiti Kebangsaan Malaysia, 43600 UKM Bangi, Selangor, Malaysia.
1 A U G U S T 2 0 1 3 | V O L 5 0 0 | N A T U R E | 1 0 7 2013 Macmillan Publishers Limited. All rights reserved

Center for Women’s Heart Care Explaining Your Cholesterol We do not closely follow the total cholesterol Triglycerides (TG’s) are a form of fat that number. This is because it doesn’t give as can be made in your body or come from the much information as the individual parts of food you eat. People who are overweight or the cholesterol panel—the HDL, LDL, and have dia