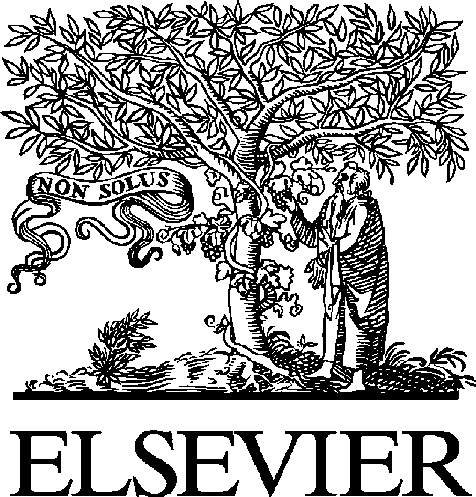 Do representations of male muscularity differ in David A. Frederick , Daniel M.T. Fessler, Martie G. Haselton 1285 Franz Hall, Department of Psychology, 3rd Floor Mailroom, University of California, Los Angeles, CA 90095, USA Received 1 October 2004; received in revised form 20 December 2004; accepted 21 December 2004 Men overestimate the degree of muscularity that is attractive to women, and women overestimate the degree of thinness that is most attractive to men. Consistent with the thesis that sociocultural input influences such body type preferences and beliefs, wepostulated that magazines aimed at a male audience would portray a more muscular male body ideal than would magazinesaimed at a female audience. Systematic comparison of popular magazines (Cosmopolitan, Men’s Health, Men’s Fitness, andMuscle & Fitness) revealed that the ideal male body marketed to men is more muscular than the ideal male body marketed towomen. We introduce the Physical Trait Overvaluation Hypothesis, which proposes that gender-specific media fuel emphasis oncertain body parts in within-gender prestige competitions. The resulting competitive escalation creates a disconnect between thepreferences of one gender and the personal aspirations of the other.
# 2005 Elsevier B.V. All rights reserved.
Keywords: Body image; Muscularity; Male body ideal; Mass media; Physical Trait Overvaluation Hypothesis; Prestige competition People assess themselves on a variety of criteria, ing images of the idealized male physique, men’s body including their physical attractiveness, by comparing themselves to gender-specific ideals communicated to fitness magazines is correlated with higher levels of body image dissatisfaction and more frequent con- media images of muscular men that exemplify the templation of the use of steroids (e.g., ; contemporary American vision of the ideal male body Media representations of the ideal male body as muscular may influence the body shapes men desireand strive to achieve. Studies have assessed men’s * Corresponding author. Tel.: +1 310 665 0784.
body type preferences by presenting participants with [email protected] (D.A. Frederick).
an array of male bodies that vary in percentage 1740-1445/$ – see front matter # 2005 Elsevier B.V. All rights reserved.
doi:10.1016/j.bodyim.2004.12.002 D.A. Frederick et al. / Body Image 2 (2005) 81–86 of muscularity and asking men to indicate their Do magazines present different ideals to male and current and ideal body. In these studies, men chose as ideal a body that was more muscular than their currentbody We compared male bodies presented in three types of magazines: Female-Audience (Cosmopolitan), Male-Audience (Men’s Health and Men’s Fitness), and Body-Builder Audience (Muscle & Fitness).
Women in the contemporary West find male bodies Given that men overestimate the level of muscularity that are more muscular than average most attractive, women desire, we predicted that men represented in and men recognize that women prefer these body the Female-Audience magazine would be less muscular than those in the Male-Audience magazines.
The Body-Builder Audience magazine was included advertisements in leading US women’s magazines to establish that the Male-Audience magazines portray (Cosmopolitan and Glamour) observed that images of an ideal that is less muscular than those marketed undressed men increased from 3% in the 1950s to towards individuals interested in muscularity per se, 35% in the 1990s, suggesting that male physiques are and to demonstrate that the rating instrument used in becoming more important to women over time ( this study can discriminate between the levels of muscularity ranging from non-muscular to extremelymuscular.
Overestimating the importance and attractiveness of Publications were selected because they have a wide circulation and/or are marketed to our targetaudiences of interest. Cosmopolitan magazine has a Past research has asked women to indicate the level readership of 16 million women, and 89% of them are of female thinness desired by men, and then separately measured men’s preferences for female thinness.
). The majority of Men’s Health’s readers are men Some results indicate that women overestimate the (85%), and the majority (71%) are between the ages of level of female thinness desired by men (e.g., litan ranked 14th in revenue among all U.S.
although other research suggests that women magazines, Men’s Health ranked 42nd, and Muscle and Fitness and Men’s Fitness did not rank in the top designed for men has shown that men desire a level impression based on the advertisements in these of muscularity that is greater than the level found magazines that Men’s Fitness is marketed to a population similar to that of Men’s Health, whereas Muscle & Fitness is marketed to body-builders.
estimate the level of muscularity women find ideal() and the level women desire ina short-term sexual partner ( We examined whether the contrast between men’s perceptions of women’s preferences and women’sactual preferences is reflected in differences in the We located 100% of the issues of Cosmopolitan images presented by gender-specific media. To magazine published between June 2002 and Septem- explore whether the ideal level of male muscularity ber 2004 (28 issues), 100% of the issues of Men’s presented in media aimed at men differs from that Health from January 2001 to August 2004 (36 issues), which is presented in media aimed at women, we 93% of the issues of Men’s Fitness from January 2002 compared images of men taken from the covers or to August 2004 (27 of 29 issues), and 81% of the issues centerfolds of magazines marketed to each gender.
of Muscle & Fitness from January 2002 to August