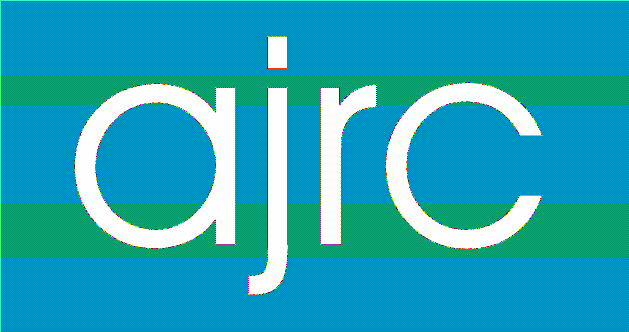 INTRODUCTION:
They include high performance liquid chromatography,12-17 Losartan (I, 2-n-butyl-4-chloro-1-[p-(o-1H-tetrazol- 5- reversed phase high performance liquid chromatography,18- ylphenyl) benzyl]-imidazole-5methanol monopotassium salt) 21 high performance thin layer chromatography,22-25 gas is a highly selective, oral y active, non-peptide angiotensin II receptor antagonist indicated for the treatment of hypertension. It has a more potent active metabolite liquid chromatography with tandem mass spectrometry28 EXP3174 (II, 2-n-butyl-4-chloro-1-[2-(1H-tetrazol-5 yl) biphenyl- 4-yl) methyl] imidazole-5-carboxyl acid)1. The simultaneous multicomponent mode of analysis and determination of Losartan has been carried out in tablets by HPLC, capillary electrophoresis and super-critical fluid chromatography2,3, in urine by gas chromatography- mass By these two methods no UV spectrophotometric study spectrometry4 and, simultaneously with its active metabolite on Losartan and Amlodipine in tablet dosage form in pharmaceutical preparations has been found in literature survey. There was only one method has been reported35 Amlodipine, chemically, 2-[(2- aminoethoxy) methyl]- 4- for estimation of Losartan and Amlodipin in tablet by absorption correction method, which prompted to pursue pyridinedicarboxylic acid 3-ethyl, 5-methyl ester, is an anti- the present work. The objective of the present work is to hypertensive and an antianginal agent in the form of the develop and validate new analytical methods for besylate salt, Amlodipine besylate. It is not official in any simultaneous determination of Losartan Potassium and Pharmacopoeia. Various analytical methods have been Amlodipine Besylate in tablet dosage form. This reported for the assay of Amlodipine besylate11 in pure communication forms the first report of two simple, form as well as in pharmaceutical formulations. sensitive and reproducible methods for the simultaneous estimation of Losartan Potassium and Amlodipine MATERIALS AND METHODS:
Received on 20.02.2009 Modified on 13.04.2009 Materials:
Accepted on 24.05.2009 AJRC All right reserved Spectral runs were made on a Shimadzu UV-Visible Asian J. Research Chem. 2(2): April.-June, 2009 page 183-187 spectrophotometer, model- 1700 (Japan) was employed Asian J. Research Chem. 2(1): Jan.-March, 2009 with spectral bandwidth of 0.5 nm and wavelength accuracy of ± 0.3 nm with automatic wavelength Cy = a y1ax2 - ay2a x1 …………Eq. (ii) corrections with a pair of 10 mm quartz cells. Glasswares used in each procedure were soaked overnight in a Where, A1 and A2 are absorbances of mixture at 208 nm mixture of chromic acid and sulphuric acid rinsed and 237.5 nm respectively, ax1 and ax2 are absorptivities thoroughly with double distilled water and dried in hot air of LP at 1 and 2 respectively and ay1 and ay2 are oven. Amlodipine besylate reference standard was kindly absorptivities of AB at 1 and 2 respectively. Cx and Cy provided by Shreya Life Sciences Pvt. Ltd. Aurangabad are concentrations of LP and AB respectively. (M. S.) while Losartan Potassium was provided by Lupin Research Park, Pune. The pharmaceutical preparations of Method II (Absorbance ratio or Q-analysis method):
combination of Losartan and Amlodipine that is Alsartan From the overlain spectrum of LP and AB, two AM tablet (ARISTO, Mumbai). Methanol of analytical wavelengths were selected one at 242.5 nm which is the reagent grade was purchased by Loba Chemie Pvt. Ltd. isoabsorptive point for both the drugs and the other at (India). All the solutions were protected for light and were 237.5 nm which is max of AB . The absorbances of the sample solutions prepared in a similar manner as in the previous method, were measured and the absorptivity Selection of common solvent:
values for both drugs at the selected wavelengths were Methanol of analytical reagent grade was selected as also calculated. The method employs Q values and the common solvent for developing spectral characteristics concentrations of drugs in sample solution were of drug. The selection was made after assessing the determined by using the following formula,
solubility of both the drugs in different solvents. Preparation of Standard Drug Solution:
Standard stock solutions containing Losartan Potassium (LP) and Amlodipine besylate (AB) were prepared individually by dissolving 2.5 mg of LP and quantity of AB equivalent to Amlodipine base 2.5 mg separately in 20 ml of methanol. It was then sonicated for 10 minutes and the final volume of both the solutions were made up to 50 ml with methanol to get stock solutions containing 50 g/ mL each of LP and AB in two different 50 ml Determination of Absorption Maxima:
By appropriate dilution of two standard drug solutions with methanol, solutions containing 10 g ml-1 of LP and 10 g ml-1 of AB were scanned separately in the range of 200- 400 nm to determine the wavelength of maximum absorption for both the drugs. LP and AB showed absorbance maxima at 208 nm ( 1) and 237.5 nm ( 2) respectively. The overlain spectra showed max of both drugs and also isoabsorptive points at 242.5 nm A = Absorbance of sample at isoabsorptive point, a1 and a2 = Absorptivities of LP and AB respectively at Method I (Simultaneous equation method):
Two wavelengths selected for the method are 208 nm and 237.5 nm that are absorption maximas of LP and AB Application of the proposed method for the
respectively in methanol. The stock solutions of both determination of LP and AB in tablets:
the drugs were further diluted separately with methanol Twenty tablets of marketed formulation Alsartan AM to get a series of standard solutions of 2-20 g /mL (ARISTO, Mumbai) containing LP 50 mg and AB concentrations. The absorbances were measured at the equivalent to Amlodipine base 5 mg were weighted, and selected wavelengths and absorptivities (A 1%, 1 cm) finely powdered. For analysis of drug, a standard addition for both the drugs at both wavelengths were determined method was used. An accurately weighted 2.5 mg of pure as mean of three independent determinations. AB was added to finely powdered samples to bring the Concentrations in the sample were obtained by using concentration of AB in linearity range. With this addition, the ratio of LP and AB in the samples was brought to 1:1. Quantity of powder equivalent to 5 mg of LP and 5 mg of Amlodipine base was weighed and dissolved in 40 mL of methanol and sonicated for 10 minutes. Then the solution Asian J. Research Chem. 2(1): Jan.-March, 2009
Table 1: Linear regression analysis of calibration curves with their respective absorptivity values.
Parameter
Method II

was filtered through whatman filter paper no. 41 and then
Accuracy:
final volume of the solution was made up to 50 ml with To ascertain the accuracy of the proposed methods, methanol to get a stock solution containing 100 g ml-1of LP recovery studies were carried out by standard addition and 100 g ml-1 AB. Appropriate aliquots of LP and AB method at three different levels (80%, 100% and 120%). within the Beer’s law limit were taken. In Method I, the Percent recovery for LP and AB, by both the methods, concentration of both LP and AB were determined by was found in the range of 101.44% to 100.17%. measuring the absorbance of the sample at 208 nm and 237.5 nm. Values were substituted in the respective formula to Linearity:
The linearity of measurement was evaluated by analyzing different concentration of the standard For Method II, the concentration of both LP and AB solution of LP and AB. For simultaneous equation were determined by measuring absorbance of the sample method and Q analysis, the Beer- Lambert’s at 242.5 nm and 237.5 nm and values were substituted in concentration range was found to be 2-20 g/ml for LP the respective formula to obtain concentrations. Results of tablet analysis are shown in Table 3. Precision:
VALIDATION:
Precision was studied to find out intra and inter-day The method was validated according to ICH Q2B variations in the test method of LP and AB. Calibration guidelines for validation of analytical procedures in order to curves prepared in medium were run in triplicate in same day determine the linearity, sensitivity, precision and accuracy and for three days. %RSD (relative standard deviation) were